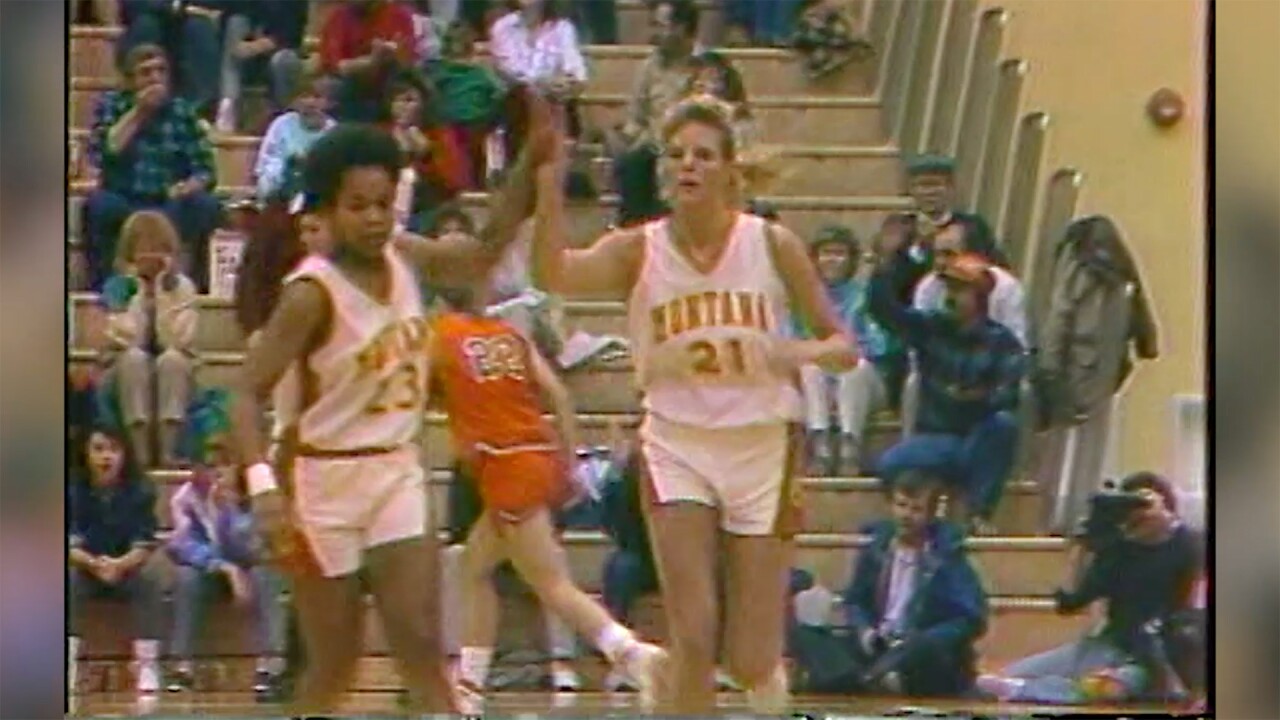 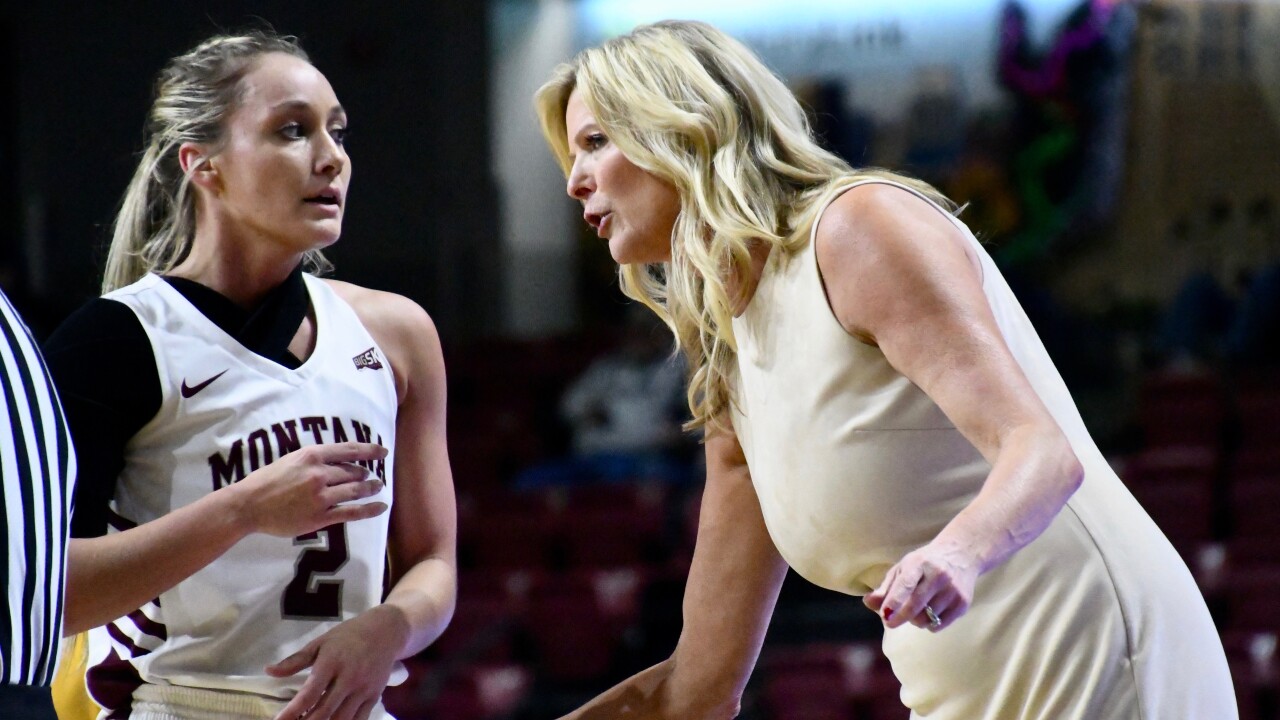 (Editor's note: MTN Sports is re-publishing the original stories from the #MTTop25, which launched in 2017 to profile some of the great girls basketball players in Montana history. Every Friday, we will unveil ‘all-decade teams’ that include athletes not profiled in the #MTTop25 countdown. Thus, players like Jill Barta, who graduated from Fairfield in 2014, and Shannon (Cate) Schweyen, who starred at Billings Central and Montana before ultimately coaching the Lady Griz, will not be featured on their respective decade teams. Those players will be featured in the top 25, regardless of era. Our intention is not to revise history, so we're not going to change the order in which the players were featured. However, some articles will include updates to reflect the latest developments in a player's career. This story was originally published on Aug. 11, 2017.)

Basketball players are often measured by their win-loss records and their performances in big games. Shannon Cate led championship teams at both Billings Central Catholic High School and the University of Montana, often saving her best games for the biggest moments.

Cate was a star at Class A Billings Central, helping the Rams to state championships in both basketball and volleyball. She was a three-time all-state selection on the volleyball courts and won titles in 1987 and 1988. She was even better on the hardwood, earning all-state honors all four years of her high school career and helping the Rams to state titles in 1985, ’86 and ’87. The three-time state tournament MVP scored 1,802 career points at Central and was named the state’s player of the year by Gatorade and USA Today. A 1988 graduate, Cate was inducted in the Montana High School Association Athletes’ Hall of Fame in 1999.

A terrific high school athlete, Cate boosted her resume with the Montana Lady Griz. She made an immediate impact, earning the Big Sky Conference’s freshman of the year honors for the 1988-89 season in which she averaged 10.1 points, 4.8 rebounds and 3.3 assists per game while shooting 43.5 percent from 3-point range. The Lady Griz put together a 27-4 record (16-0 conference) and made the first of their four NCAA Tournaments during Cate’s career, advancing to the second round.

Cate’s career exploded during her sophomore season, as she doubled her statistical output. She averaged 20.3 points, 8.6 rebounds, 4.2 assists and 1.8 steals per game as UM put up a 27-3 (16-0 conference) record. Cate earned first-team all-conference and all-Region 7 honors for the first time.

She followed up her sophomore year with a sensational junior season: 22.3 points, 9.4 rebounds, 3.8 assists and 1.7 steals per game on her way to being named the Big Sky’s player of the year. Cate set the Big Sky Conference’s single-game scoring record with a 41-point showing against Weber State on Feb. 23, 1991. The Lady Griz went 26-4 (16-0 conference) to again advance to the NCAA Tournament. Cate showcased her talent on the national scene, scoring 36 points in UM’s 64-53 loss to Iowa in the first round. She also added 11 rebounds, three assists and three blocks.

Cate carried the momentum from her junior season into her final year at Montana. Cate set a Lady Griz single-season record by averaging 23.3 points per game, making 48.8 percent of her 3-point attempts, also a single-season record. She also contributed 7.6 rebounds, 3.3 assists and 1.8 steals per game and helped UM to another NCAA Tournament. The Lady Griz defeated Wisconsin, 77-67, in the first round to record the program’s first-ever tournament road win. Cate dropped in 34 points on 15-of-25 shooting, while also adding 11 rebounds. UM lost to Lisa Leslie and Southern California in the second round.

Cate’s postseason success on the biggest stage to end her junior and senior seasons no doubt helped her earn national recognition. She was named a Kodak all-American after the 1991-92 season and is the only Big Sky Conference player to earn such a distinction. She finished her Lady Griz playing career as three-time first-team all-Region 7 and all-conference selections, twice winning Big Sky Conference player of the year honors. She was also named the Big Sky Tournament MVP three times.

Cate ranks in the top 10 of at least 15 career statistical categories at Montana. She’s the program’s leading scorer with 2,172 points and third-leading rebounder with 878 boards. Her 421 career assists rank ninth, and she’s 10th with 181 steals. Cate ranks first in both field goals made and attempted and is second in career field goal percentage (50.7) and 3-point percentage (43.9). She’s had her No. 21 jersey retired by Montana and was inducted into the Grizzly Sports Hall of Fame in 1998.

Cate had a brief stint playing professional basketball in Spain, but injuries forced her to end her playing career. She returned to Missoula and joined then-coach Robin Selvig’s staff as an assistant. Cate, now Shannon Schweyen, was named the Lady Griz head coach prior to the 2016-17 season.

Shannon (Cate) Schweyen: “I had a great experience at Billings Central. I was lucky to walk into a situation there with a new coach in Larry Tocci and a group of seniors that were incredibly good to me and took me under their wing. We made it all the way to the state championship out here in Hamilton and lost to the Broncs that year, but it was an unbelievable season. We went on to luckily win the next three with some great teammates and a lot of fun. There are lots of great memories, and Montana is a fun place to play basketball. Back then it was in the fall, so it was a little different, but Larry did an amazing job with our crew there at Central. … I look back now as a college recruiter and think about what we had there at that high school, three girls over 6 feet was pretty amazing.

“Coming here to the University of Montana, what Robin Selvig has done with the program here and the success we had here, it was just phenomenal. It was fun to come into a program that had such a tradition of winning and we went on to the NCAAs. I was fortunate enough to play in the NCAA Tournament all four years of my career here. Good memories all around.

“I wouldn’t have gotten those awards if I wasn’t surrounded by great players. I was very lucky to have great teammates that were a big part of it and made our run here at Montana something special. They played the defense and I got to play offense — no, it was a team effort, all those championships we won. As we get older, Robin used to always tell us, ‘When you guys get older you won’t remember how many points you scored or anything else, it’s all about the memories,’ and that’s so true. You take away those experiences you have with your teammates, the good times and bad, and those are the things when we get together we know were important.

“Larry Bird, a female Larry Bird is what a lot of people described me as back in my day. Not extremely fast or quick, not necessarily the most athletic person on the floor, but had different ways to score, strengths in different areas. That might be the best comparison."

“Shannon was a heck of a player, obviously a great scorer, but one of her strengths scoring-wise was that she could score around the basket and really shoot it. She was a tough matchup at a little over 6 feet: Who’s going to try and guard her? She had great shooting touch and around the basket, she had high extension and could shoot over people. She was a really tough matchup for anyone trying to guard her.

“I remember Vivian Stringer had an Iowa team here, and I remember talking with her afterward: First they put someone small on (Cate) and we posted Shannon, then they switched to someone bigger and Shannon was making 3s. That’s why she was such a consistent scorer and she was a really high-percentage shooter. She created matchup nightmares.

“There’s no signature moment (in Cate’s career), just a lot of moments. I think the win at Wisconsin, you go on the road and face a big crowd, she had a huge game, that’s a game that stands out, because it was against a really good team on the road in the NCAAs and NCAA wins have been hard to come by. So that stands out.”