#MTTop25: No. 5 – Loree Payne all over record books at Havre, University of Washington 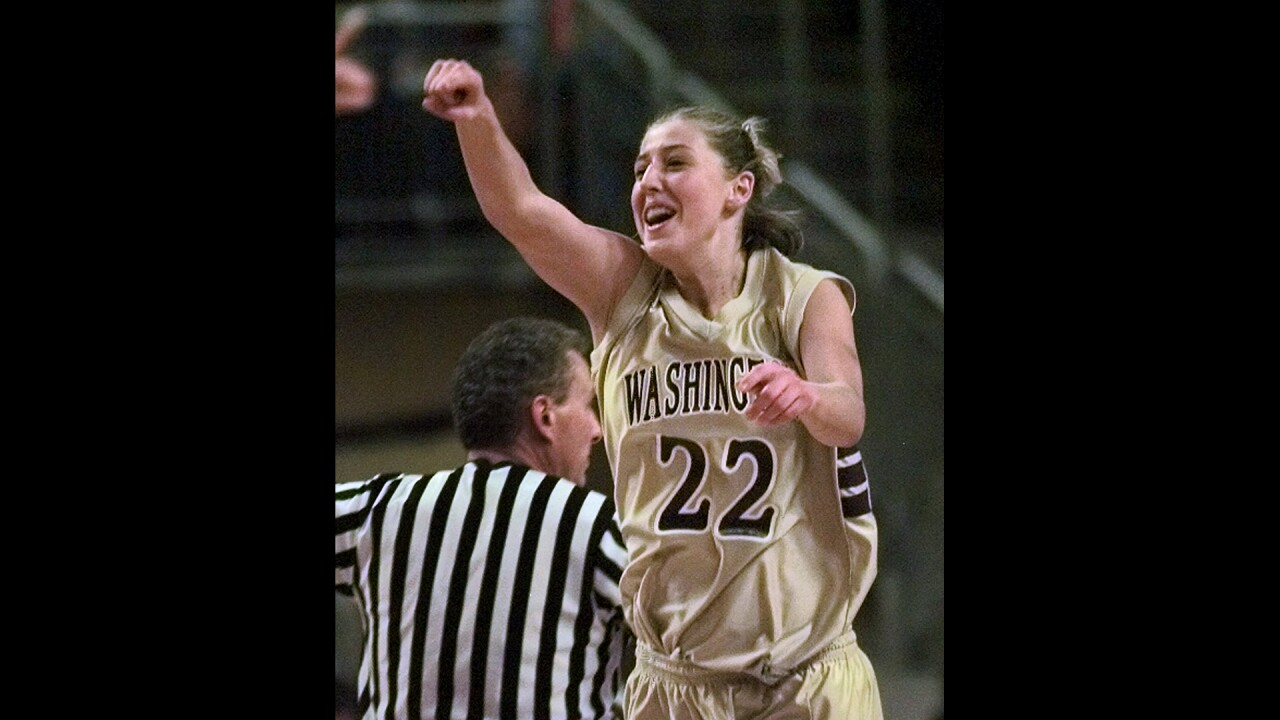 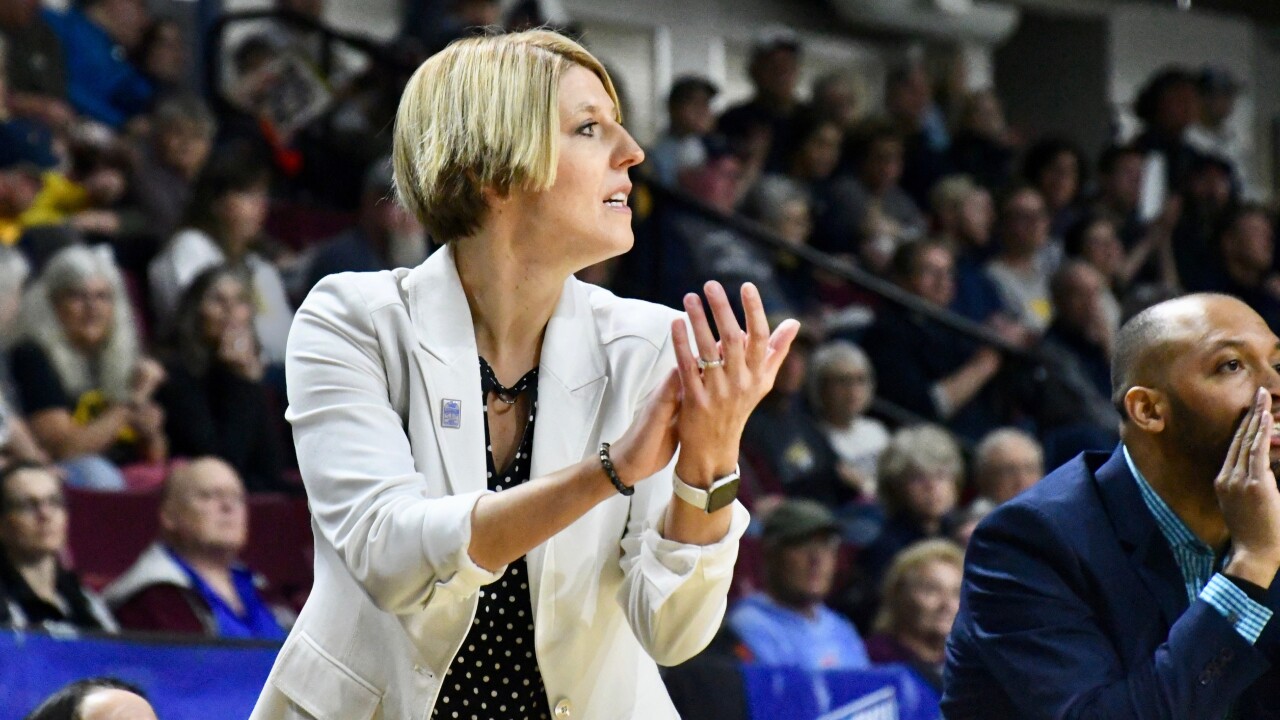 (Editor's note: MTN Sports is re-publishing the original stories from the #MTTop25, which launched in 2017 to profile some of the great girls basketball players in Montana history. Every Friday, we will unveil ‘all-decade teams’ that include athletes not profiled in the #MTTop25 countdown. Thus, players like Jill Barta, who graduated from Fairfield in 2014, and Shannon (Cate) Schweyen, who starred at Billings Central and Montana before ultimately coaching the Lady Griz, will not be featured on their respective decade teams. Those players will be featured in the top 25, regardless of era. Our intention is not to revise history, so we're not going to change the order in which the players were featured. However, some articles will include updates to reflect the latest developments in a player's career. This story was originally published on Aug. 7, 2017.)

Montana’s Havre High School has produced some terrific players over the years, but Loree Payne has had a career unlike any other Blue Pony, etching her name all over the program record books, which date back to 1991, before a standout career at the University of Washington.

Payne has Havre’s single-game records in both points (45) and assists (12) and compiled 10 of the program’s single-season records, including field goals made, 3-pointers made, free throws made, points, steals and assists, in the 1997 and 1998 seasons. She also set the program record for field goal percentage (55.7) during the 1995 season when the Blue Ponies lost to Dillon in the Class A state championship. Havre earned its revenge in 1997, defeating the Beavers 62-43 for the title.

All told, Payne scored a program-record 2,299 career points (fourth-most in Montana girls basketball history, according to the Montana High School Association record books) and averaged 24.5 points per game for her career (fifth-most). She’s the state record-holder for career field goals made (771) and ranks second in 3-pointers made (243), fifth in free throws made (444) and seventh in assists (432). The three-sport all-stater was inducted into the MHSA Athletes’ Hall of Fame in 2009.

Payne hit the ground running at Washington, starting all 30 games as a freshman during the 1999-2000 season. She averaged 17.4 points, which led the team, 3.5 rebounds, 2.6 assists and 1.2 steals per game and was named to the Pac-10 all-Freshman team. The 17.4 points-per-game average is the second-highest single-season scoring average in Huskies history.

Washington advanced to the NCAA Tournament in 2001, winning games against Old Dominion, Florida and Oklahoma to advance to the Elite Eight, where the Huskies lost to Jackie Stiles and Southwest Missouri State. During the tournament run, Payne scored 20, 14, 17 and 17 points.

Payne immediately turned to the coaching ranks after her playing career concluded. She had stints at Northwest Nazarene, Portland and Washington as an assistant coach before landing her first head job at Puget Sound. She compiled a 130-58 overall record at Puget Sound and was a two-time Northwest Conference coach of the year. Payne was announced the new head coach at Northern Arizona of the Big Sky Conference in April.

(UPDATE: In three seasons as the Northern Arizona head coach, Payne has increased her win total each year. The Lumberjacks won just seven games in her first season, 13 her second and then 16 last season to post the program's first winning record since 2006-07. NAU finished fourth in the Big Sky Conference and advanced to the semifinal round of the conference tournament in 2019-20.)

Former Havre girls basketball coach Dennis Murphy: “Watching her through junior high, she had tremendous success, the teams she played on were very good. When she came in as a freshman we knew she was a good player, but we didn’t know how good she was. At that point in time, we had some nice players with her. The first varsity game she plays in she comes out and gets like 25 points and 12 rebounds right off the bat as a freshman. We knew we had something special then.

“The one thing I thought Loree really stood out was her ability to pass, that was one, and I think it’s an art that’s gone down in today’s game, kids can’t pass the ball. She was an incredible passer, because double teams were pretty common, but she could find the open person. It was fun for teammates to play with her, because they knew if they got open she was going to get them the ball and get them a good one. Her basketball IQ was very good, she understood the game. In big games where we knew it would be difficult for us to score, she would put the ball in the basket for us. The games we didn’t need her to score, she distributed for us. I think of a player, a Magic Johnson-type player. When he first came into the pros, he distributed, but as the other players got older, he knew he needed to score so he scored more, but he was still an incredible passer. That’s what she was. It was a joy for our kids to play with her and obviously a joy to watch.

“She was about 5 foot, 11 inches or 6-foot in high school. She played guard and had tremendous range. She could shoot the 3 or take it all the way to the basket, she could take it part way and pull up and shoot it, so offensively she was extremely good. On the defensive end, it was something she had to work very hard at. We always worked on her foot speed, I always thought her foot speed wasn’t as good as it needed to be, and being as talented as she was offensively sometimes she didn’t want to work as hard defensively. Her senior year she led our team in charges, rebounding and those kinds of things, but she worked extremely hard at that end of the floor to prepare herself for the next level.

“I think the thing that really surprised me is when she went to the University of Washington is how well she scored early. Being concerned about her foot speed, I thought she would have a difficult time getting shots off, but she was a very good 3-point shooter and I think she set the freshman record and might even have the record still at the University of Washington for the number of 3-pointers made. Her scoring was surprising to me. Defensively, it was a work in progress and they found ways to make sure she was successful in that area also.”