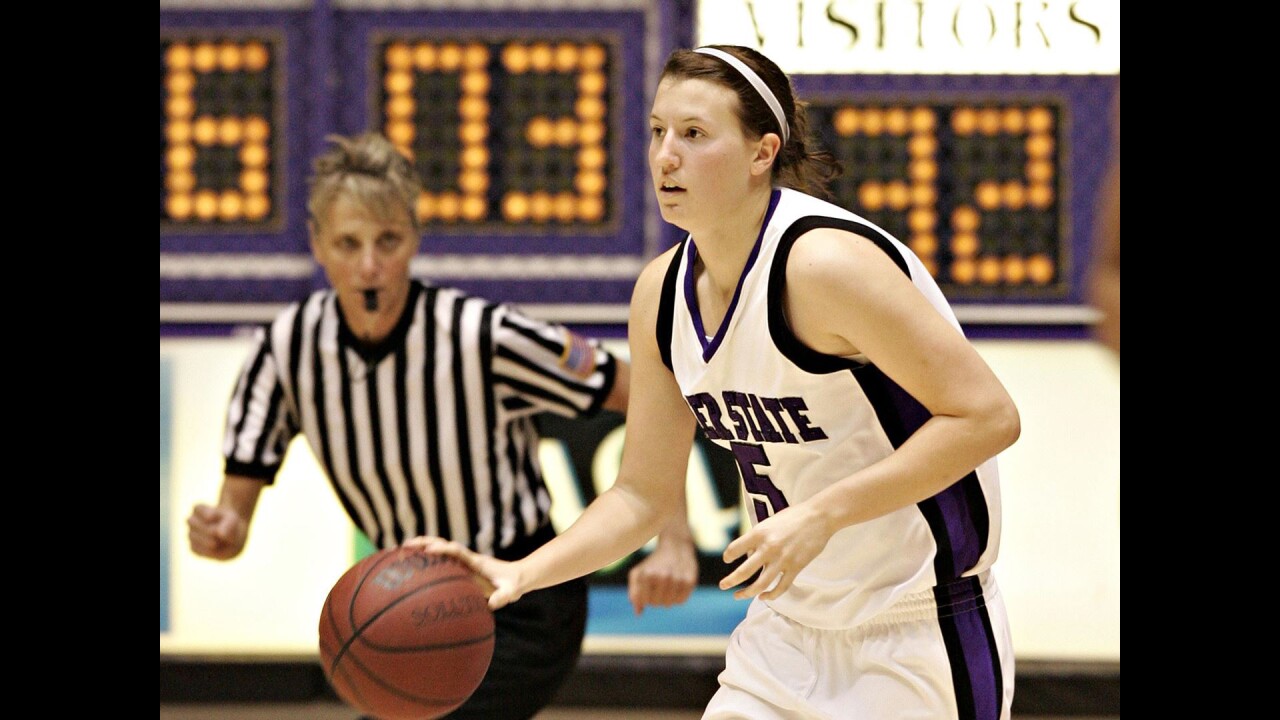 (Editor's note: MTN Sports is re-publishing the original stories from the #MTTop25, which launched in 2017 to profile some of the great girls basketball players in Montana history. Every Friday, we will unveil ‘all-decade teams’ that include athletes not profiled in the #MTTop25 countdown. Thus, players like Jill Barta, who graduated from Fairfield in 2014, and Shannon (Cate) Schweyen, who starred at Billings Central and Montana before ultimately coaching the Lady Griz, will not be featured on their respective decade teams. Those players will be featured in the top 25, regardless of era. Our intention is not to revise history, so we're not going to change the order in which the players were featured. However, some articles will include updates to reflect the latest developments in a player's career. This story was originally published on July 17, 2017.)

Toughness isn’t something statistics can measure in players, but Sara Tuomi exuded toughness at both Billings Senior and Weber State, where she was a lockdown defender and developed into a fine offensive player for the Wildcats.

Tuomi was a three-sport star at Billings Senior, earning all-state honors in basketball, softball and volleyball her sophomore, junior and senior years to become a finalist for Billings’ Midland Roundtable Athlete of the Year award. She averaged 16.5 points and 5.5 rebounds per game on the hardwood for the Broncs and was selected to play in the 2004 Montana-Wyoming All-Star basketball series alongside Mandy Morales, the former Billings West star who will appear later in the #MTTop25.

Tuomi, a 5-foot-10 guard, continued her career at Weber State, where she started all 29 games her freshman season and averaged 6.5 points, 2.9 rebounds and 1.5 assists per game while making 36 percent of her 3-point attempts, which ranked fifth in the Big Sky Conference and led all freshman.

Her college career took off during her sophomore season, though. Tuomi was the Weber State MVP after averaging 12.2 points, 5.8 rebounds and 3.3 assists per game, which also helped her earn first-team all-conference honors. She was also a first-team all-conference selection for her performance during her junior season when she averaged 13.8 points, 6.9 rebounds and 3.1 assists per game.

Tuomi again earned first-team all-conference honors her senior season, becoming just the third Weber State player to accomplish the feat. She averaged 16.6 points per game, which ranked third in the Big Sky Conference, and added 7.3 rebounds per game, 10th-best in the conference. She also ranked second in the Big Sky in free throw percentage at 88.8 percent and at one point made 43 consecutive free throws.

Tuomi finished her Weber State career having played in 117 games (starting 116) and scoring 1,428 points, ninth-most on the Wildcats’ career scoring list. She’s ranks in the top 10 of eight different career categories at Weber State, including ranking fifth in career free throws made (371) and 10th in career rebounds (669).

Former Weber State assistant coach, current Carroll College coach Rachelle Sayers: “I had heard about Sara for a while and, being an eastern Montana girl myself (Sayers is from Absarokee), I was excited to have the chance to recruit another Montana kid, as well as an eastern Montana kid. She was also a tremendous volleyball player, had a lot of options to go on and play volleyball after a really successful volleyball career, but there was something about her toughness that we really liked and it proved to be a great sign for us.

“Her size, at that time she was a pretty big guard, she was about 5-foot-10, she was very strong and played with an extreme passion on the floor. She played so hard and nobody outplayed her. We felt like there were some things we could teach her, but we couldn’t teach her toughness and her drive. That really sold us on her.

“She was not a 3-point shooter when we got her. She was more go-at-you-and-knock-you-over, bulldoze-you-over, and if she missed she would get the rebound. She was a tremendous defender, became a very, very good defender. But her shooting, she became a very good shooter. She and I spent a lot of time in the gym. I think she owes me some time because I spent a lot of time passing her the ball, but she was committed to becoming a 3-point shooter, which was something she had struggled with. She had a great jump shot, which made her a little inconsistent at the 3-point line, but she spent the time and ended up becoming a very good 3-point shooter in her last two years.

“In the time that I was there I would say she definitely improved to be one of those (top Weber State) players. She was an unsung hero in a lot of ways. She wasn’t a player who was going to get you 20 points per game, but she was a kid who would lock down the best player on the other team, she would get you seven or eight rebounds. The amount of times she dove on the floor and saved the ball – it isn’t a statistical category that you chart – she was just that type of player, the blood and guts player for our team, a great leader. She was the only kid I know of that I coached who made a Top 10 on ESPN for the behind-the-back shot she made against Portland State. She was a tremendous player that really shows what hard work can do. She came in kind of under the radar, not overly recruited by Division I, and ended up being an all-conference player and having a great career.”