#MTTop25: No. 14 – ‘Matchup problem’ Greta Koss one of few Montanans to get WNBA shot 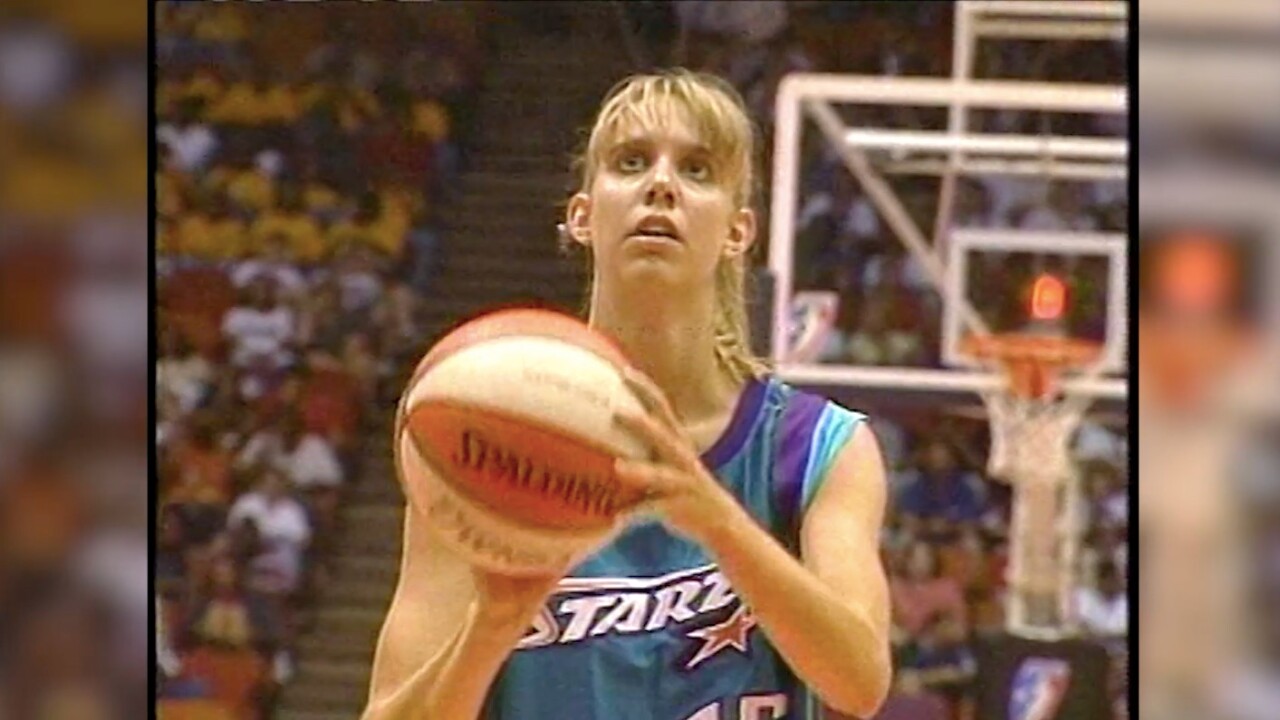 (Editor's note: MTN Sports is re-publishing the original stories from the #MTTop25, which launched in 2017 to profile some of the great girls basketball players in Montana history. Every Friday, we will unveil ‘all-decade teams’ that include athletes not profiled in the #MTTop25 countdown. Thus, players like Jill Barta, who graduated from Fairfield in 2014, and Shannon (Cate) Schweyen, who starred at Billings Central and Montana before ultimately coaching the Lady Griz, will not be featured on their respective decade teams. Those players will be featured in the top 25, regardless of era. Our intention is not to revise history, so we're not going to change the order in which the players were featured. However, some articles will include updates to reflect the latest developments in a player's career. This story was originally published on July 25, 2017.)

The basketball pipeline from Malta to Missoula has been well-documented, but there might not be a better M-Ette-turned-Lady Griz than Greta Koss, who is one of just a handful of Montanans to get a shot in the WNBA.

Before her brief stint in the WNBA, Koss was an all-state player at Malta in the late 1980s and early ‘90s. She helped guide the M-Ettes to the first Class B state title in the program’s illustrious history, earning state tournament MVP honors in 1991.

From Malta, Koss went to Missoula and found gradual success with coach Robin Selvig and the Montana Lady Griz. She averaged just 3.6 points per game as a freshman during the 1993-94 season and 7.1 as a sophomore, but she developed into one of the best players in the Big Sky Conference her junior and senior seasons.

As a junior, Koss, a 6-foot-1 forward/center, averaged 14.2 points and 9.4 rebounds to lead the team in both categories. The big numbers helped Koss to the all-conference and all-region teams, while also earning Big Sky Conference MVP honors for both the season and the tournament. She scored a career-high 32 points against Weber State in the 1996 Big Sky Conference championship game, helping the Lady Griz advance to the NCAA Tournament.

As a senior during the 1996-97 senior, Koss led UM in points (13.9 ppg), rebounds (10.0 rpg), blocks (1.4 bpg) and steals (3.0 spg). She set the program’s single-game rebounding record with 20 boards against rival Montana State and was again all-conference and all-region selections as the Lady Griz put together another stellar season that ended in the NCAA Tournament. For her career, Koss finished with 1,157 points (tied for 20th all-time at UM), 846 rebounds (fifth all-time at UM, tied for seventh all-time in the Big Sky Conference) and 237 steals (third all-time at UM, 13th all-time in the Big Sky Conference).

After her college career, Koss tried out for the WNBA, earning a shot with the Utah Starzz in the league’s inaugural season in 1997. She appeared in 13 games and averaged 3.4 points per game before the Starzz cut her prior to the 1998 season. Koss, now Greta Buehler, returned to Montana and eventually joined the coaching ranks, where she led Billings West High School to the State AA title in 2005. She coached the Golden Bears for five seasons, accumulating a 76-61 record, according to the Billings Gazette.

Former Montana coach Robin Selvig: "Greta was a match-up problem. I've had a number of these versatile players, but she had perimeter skills at 6-foot-1 and she played a lot stronger than she looked. She was kind of wiry built, didn't look like a big, strong girl but she played strong. She relentlessly competed and obviously had a great career. I don't remember how many conferences we won, but she had a big game in the NCAAs, I believe against Texas Tech. She was matched up with an all-American on their team. She really developed throughout her career, as all great players do, but she got better and better. She had long arms, could really rebound and was a versatile scorer.

"The long arms, we played a lot more zone in those days and, boy, could she cover ground in the zone. She could get to a shooter, get her hands on things sliding back in, and she really raised havoc with her length. She was someone that I can't remember when she wasn't playing hard, and that was on both ends of the floor.

"She had a great senior year. I think what held her back (from the WNBA) is that it was just starting out and I don't think it was what she wanted to do. I think she took a teaching job and it wasn't like you went and signed a big-money contract and things like that, and it was a whole different lifestyle that I don't know if it would have fit Greta. … Having perimeter skills and being 6-foot-1 helps. She was more of a perimeter player than an inside player, so her length and ability to pass (helped her get the initial WNBA contract), and the nice thing about Greta was she could defend big kids, guards and she had great feet. Versatility, I think, helped her get a good look."