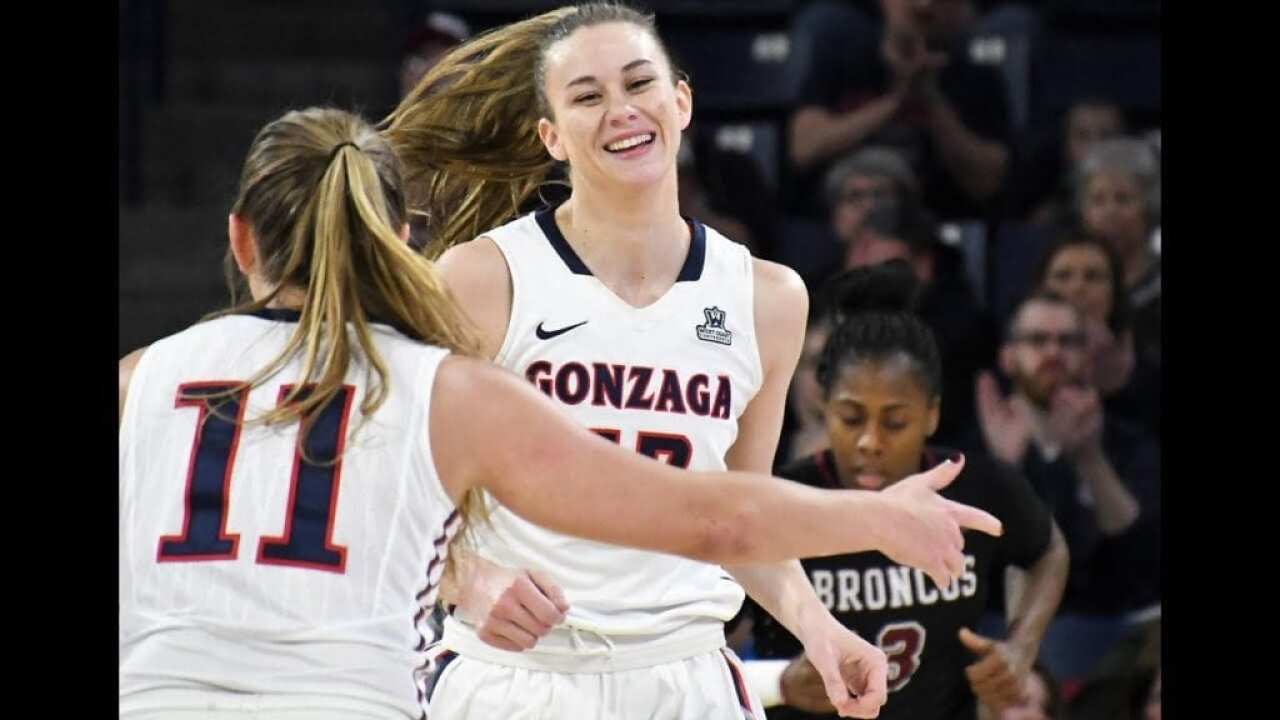 (Editor's note: MTN Sports is re-publishing the original stories from the #MTTop25, which launched in 2017 to profile some of the great girls basketball players in Montana history. Every Friday, we will unveil ‘all-decade teams’ that include athletes not profiled in the #MTTop25 countdown. Thus, players like Jill Barta, who graduated from Fairfield in 2014, and Shannon (Cate) Schweyen, who starred at Billings Central and Montana before ultimately coaching the Lady Griz, will not be featured on their respective decade teams. Those players will be featured in the top 25, regardless of era. Our intention is not to revise history, so we're not going to change the order in which the players were featured. However, some articles will include updates to reflect the latest developments in a player's career. This story was originally published on July 31, 2017.)

If winning is all that matters, nobody in Montana history has had as impressive of high school basketball career as Jill Barta. Barta and her Fairfield classmates never lost a game in their four-year careers, building a perfect 104-0 record while winning four Class B state championships.

The Fairfield girls basketball team won a Montana record 120 consecutive games, with 104 of those wins coming during Barta’s illustrious career. She factored into all of those wins, earning significant playing time as a freshman and starting the final three years of her career when she was an all-state player. By the time she was a junior, Barta was unquestionably the most dominant player in the state. She averaged 17.5 points, 9.6 rebounds, 3.4 blocks and 3.8 steals per game, but even increased her production as a senior: 24.5 points, 9.5 rebounds, 3.3 blocks, 3.5 steals and 2.8 assists per game to win the Gatorade player of the year honor.

Barta’s hot-and-cold demeanor has been a turnoff for many, but nobody can question her ability to play big in big games. She scored 41 points in the 2014 Class B state championship, helping the Eagles to a 60-55 double-overtime win over rival Malta. Barta scored the Eagles’ final 21 points, including a game-tying, buzzer-beating 3-pointer at the end of the first overtime. She finished her high school career with 589 made field goals (fourth-most in history, according to the Montana High School Association record books) on 57 percent shooting (tied for second-best). She’s also in the top 10 for career free throws made (462, fourth), free throw percentage (73.1, eighth) and blocks (163, eighth).

After redshirting in 2014-15, Barta’s college career at Gonzaga has gotten off to a similarly impressive start. She appeared in 33 games, starting 10, in 2015-16 and averaged a team-high 14 points per game to become the first freshman in program history to lead the team in scoring. As a sophomore, Barta became a full-time starter and averaged 16.8 points, again leading the team, and 6.0 rebounds per game. She also led the team in 3-pointers made (41) and sank 84.7 percent of her free throws.

True to form, Barta continued to step up in big moments. She made game-winning baskets at San Diego and Santa Clara during her sophomore season but saved the best for last. Barta scored a career-high 37 points against Saint Mary’s in the West Coast Conference Championship, setting a new championship scoring record. She was named the WCC Tournament MVP to go along with all-conference honors for both her freshman and sophomore seasons.

Barta has already scored 1,017 career points for the Bulldogs, becoming just the second freshman in program history to join the 1,000-point club.

(UPDATE: Barta ultimately became a three-time all-conference player and Mountain West Conference player of the year at Gonzaga, where she scored 1,620 career points. She left after her redshirt junior season and was selected 32nd overall in the 2018 WNBA Draft. She ended up playing professionally overseas before returning back to Montana.)

Fairfield coach Dustin Gordon: “She’s got an all-around package game. We used her as a ball-handler at times, especially against man-to-man (defense) because she’s a mismatch problem. (She’s) long, obviously blocked a lot of shots. Obviously can score. She doesn’t prefer her back to the basket. She likes to drive. She draws a lot of fouls, gets to the free throw line a lot, and obviously can step back and shoot, too. Even her role at Gonzaga, being 6-(foot)-2, 6-3 and being able to shoot as well as she can and put the ball on the floor makes her an awfully unique basketball player, especially a girl. Ball-handling skills. When she was being recruited by Gonzaga, I think she was pretty much showing off, but she would come down and throw the ball behind her back. Very unique skills for a 6-3 girl.

“We locked horns regularly. We called it, ‘Turn it on, turn it off.’ When I was standing on the sideline, ‘Turn it on, turn it off,’ because she would coast sometimes, and a lot of people would perceive that as laziness. I perceived it as laziness many times, and we would lock horns. We kind of came to an agreement: Whenever it was time for her to turn it up a notch, she would. For me, for all the years she played here, every time it was time to turn it up, she did.

“We kind of have a saying going into tournaments a lot of times, ‘Big players have to play big in big games.’ And I think she kind of personified that. Her career got summed up that (2014 championship) night: 41 points in a double-overtime win. I think she scored the last (21) of our points. We had some foul trouble, we had some kids freeze up a little bit, and she did what great players do: She put her team on her shoulders and won a state title.”