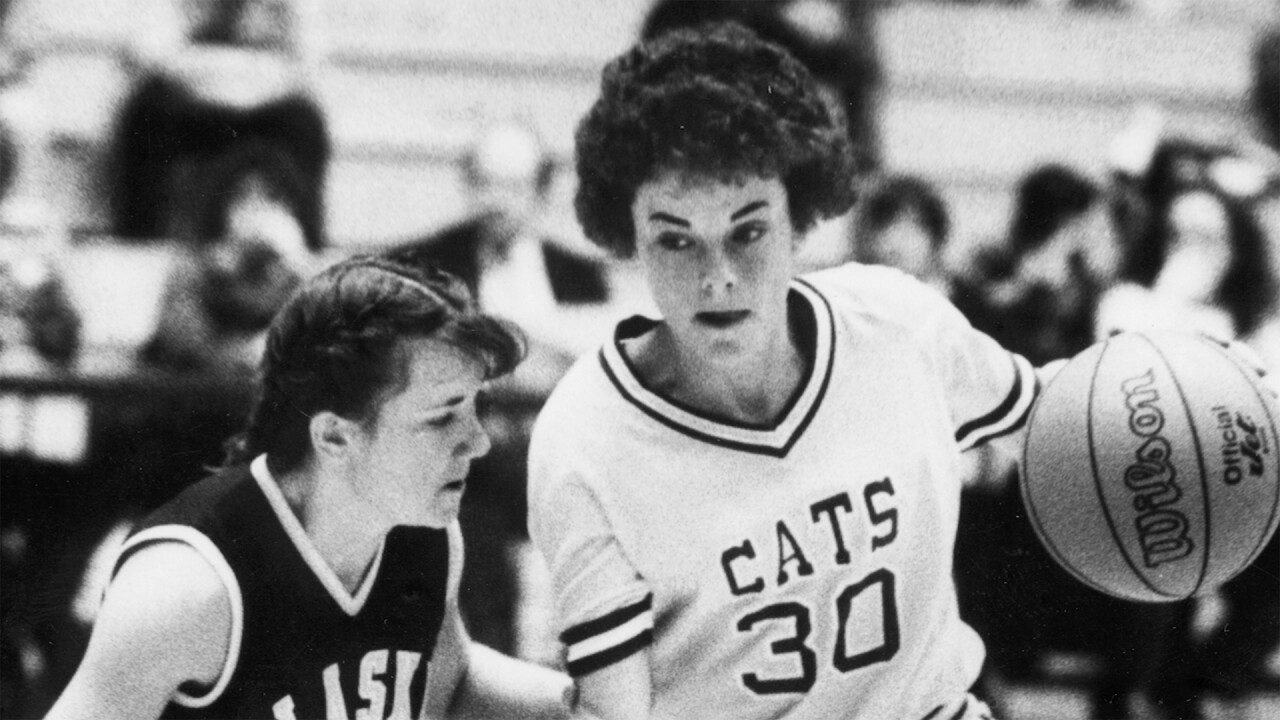 (Editor's note: MTN Sports is re-publishing the original stories from the #MTTop25, which launched in 2017 to profile some of the great girls basketball players in Montana history. Every Friday, we will unveil ‘all-decade teams’ that include athletes not profiled in the #MTTop25 countdown. Thus, players like Jill Barta, who graduated from Fairfield in 2014, and Shannon (Cate) Schweyen, who starred at Billings Central and Montana before ultimately coaching the Lady Griz, will not be featured on their respective decade teams. Those players will be featured in the top 25, regardless of era. Our intention is not to revise history, so we're not going to change the order in which the players were featured. However, some articles will include updates to reflect the latest developments in a player's career. This story was originally published on Aug. 3, 2017.)

Many Montanans likely associate Vicki Carle with what she’s meant to volleyball, and more importantly breast cancer awareness, as the head coach at Billings Skyview High School. But back when she was Vicki Heebner, she was one of the most dynamic basketball players the state has ever seen.

Heebner was a two-sport star at Three Forks High School in the late 1970s, becoming a three-time all-state performer in both basketball and track and field. She won the Class B state javelin titles her junior and senior years, but Heebner excelled on the basketball courts. Three Forks compiled a 50-game winning streak over three seasons and won state championships in 1978 and 1979. Heebner was twice named the Class B state tournament MVP, scoring 42 points, a Montana girls championship record, in the Wolves’ 57-52 win over Chester in the 1979 title game.

By the time she left Three Forks, Heeber was the school’s all-time leading scorer – boys or girls – and had the girls program records in 10 other categories. Heebner, who graduated from Three Forks in 1980, was inducted into the Montana High School Association Athletes’ Hall of Fame in 1993.

Heebner continued her career close to home, opting to play college basketball at Montana State. The Bobcats struggled to a 51-55 overall record, including an 0-10 mark against Montana, during Heebner’s four years with the program, but she still managed to put up career numbers that rank her among the Bobcats’ all-time greats. She was obviously a lethal scorer – and likely would have scored many more points if there was a 3-point line during her career – and accumulated 1,646 career points, the third-most all-time in MSU history. Heebner is the program’s career leader in field goals made (708) and ranks fourth in career points per game (15.5) and eighth in career free throw percentage (78.2).

More impressively, though, Heebner filled the stat sheet at MSU despite playing on those mediocre teams. She finished her career with a program-record 443 career assists, as well as 224 steals, which rank fourth in MSU’s record books. She was inducted into the MSU Hall of Fame in 1996, becoming the school’s first female basketball player to earn the distinction.

Heebner, now Vicki Carle, is currently the head volleyball coach at Billings Skyview, where she’s been in that role for 25 years. According to the Billings Gazette, the Falcons have won nearly 450 games under Carle’s guidance. They won the only Class AA state volleyball championship in program history in 1996, but Carle, a breast cancer survivor, is most recognized for her work with Skyview’s Pack the Place in Pink night, annually held every October for the past 10 years. Pack the Place in Pink has given more than $200,000 to Montanans battling breast cancer, according to the organization’s website.

(UPDATE: Carle announced her retirement as the Billing Skyview volleyball coach in December of 2019.)

Former Montana coach Robin Selvig: “I tried to recruit Vicki here, I think in my first year coaching. We played against (Three Forks) in the state tournament when I was in Plentywood. I got (the Lady Griz) job and one of the first people you would call, because I had seen Vicki. She was a great scorer and great shooter with range. There wasn’t a 3-pointer then if I remember because she would have had a lot more points. Her shooting range really stands out to me, a good handler and a really good guard. She was a heck of a player. She was consistent -- I mean, it was every game. Going into those games against (Montana State) in those days, which I can barely remember, it was all about, ‘How do we contain Vicki Heebner?’ because she was the key. She was either getting everybody else the ball or scoring it herself and that’s what made her such a good player."

Former MHSA executive director Jim Haugen: “She had that amazing tournament in the Shrine Auditorium, I think it was (42) points in the championship game. It wasn’t so much the (42) but it was like 20 of them in the fourth quarter. She took over the whole ball game. She did things from the outside, she was a great ball-handler and proved that at MSU. She played inside and out front, was a great ball-handler and you really appreciated girls in that time of early girls basketball and she was one of the best.

“I know Three Forks, we had some questions to answer at the (MHSA) office because as far as that town was concerned, they were ready to buy her a car and all kinds of things. She was just a great kid and took all of that and handled it really well. She turned out to be one of the best leaders for high school girls, since she’s coaching, too. She’s a great young lady."