#MTTop25: No. 24 – Malta’s Bobbi Knudsen developed into one of the greats at MSU Billings 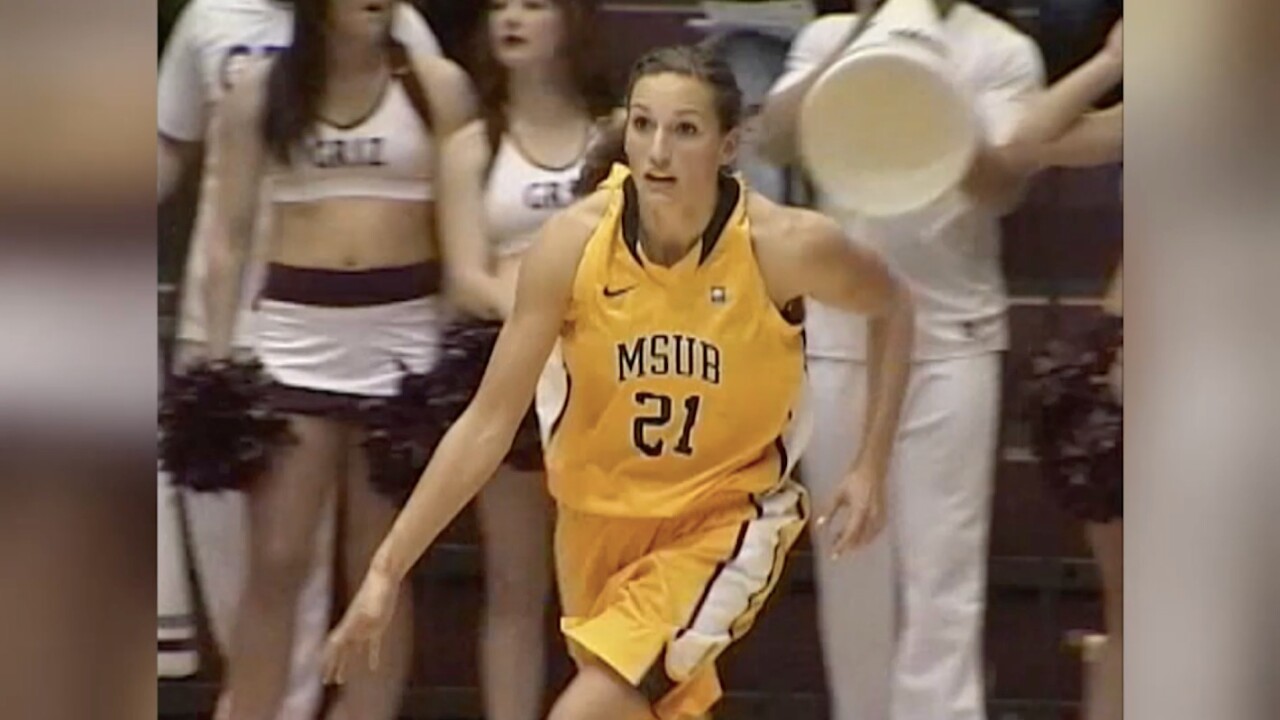 (Editor's note: MTN Sports is re-publishing the original stories from the #MTTop25, which launched in 2017 to profile some of the great girls basketball players in Montana history. Every Friday, we will unveil ‘all-decade teams’ that include athletes not profiled in the #MTTop25 countdown. Thus, players like Jill Barta, who graduated from Fairfield in 2014, and Shannon (Cate) Schweyen, who starred at Billings Central and Montana before ultimately coaching the Lady Griz, will not be featured on their respective decade teams. Those players will be featured in the top 25, regardless of era. Our intention is not to revise history, so we're not going to change the order in which the players were featured. However, some articles will include updates to reflect the latest developments in a player's career. This story was originally published on July 11, 2017.)

Malta has produced more Montana Lady Griz players than any other Montana high school, but No. 24 on the #MTTop25 didn’t matriculate to Missoula. Bobbi Knudsen, a fine player for the M-Ettes from 2007-2010, turned into a star at Montana State Billings.

While in high school at Malta, Knudsen was more well-known as an athlete than a basketball player. She was an all-state runner in cross country and won three Class B state track and field titles in the 800-meter run, but she also excelled on the hardwood, helping the M-Ettes to state championships in 2007 and 2010.

Knudsen earned all-state honors in both her junior and senior seasons and put together a well-rounded stat sheet in 2009-2010: 11 points, 5.5 rebounds and 4.0 assists per game. From there, she joined the MSU Billings program and found instant success.

Starting 17 of 28 games as a freshman, Knudsen averaged 8.9 points and 2.8 rebounds per game. She broke out as a sophomore, though, leading the Yellowjackets in points, field goals made, assists and steals, while also finishing third in rebounds and fifth in blocks. She ranked second in the Great Northwest Athletic Conference (GNAC) in scoring and earned first-team all-GNAC and first-team West Region honors in addition to honorable mention all-America recognition.

Knudsen continued her success in her junior season, again leading the team in points, field goals made and assists. She averaged 6.2 assists per game to lead the GNAC and rank No. 2 in all of NCAA Division II basketball. Her 17.8 points per game also ranked second in the GNAC, and she again earned all-conference honors and more all-America recognition.

Knudsen’s senior season in 2013-14 was the highlight, though. She set an MSU Billings single-season record with 193 assists, while also scoring 569 points (17.2 ppg), to become the program’s first GNAC player of the year. She added her third Women’s Basketball Coaches Association all-America nod and her second Division II Bulletin all-America status to go along with Daktronics NCAA DII all-America honors.

For her career, Knudsen played in 118 games for the Yellowjackets, tied for the most by one player, and finished second in MSU Billings history in both points scored (1,831) and assists (532). She also ranks fifth in steals (191).

Montana State Billings coach Kevin Woodin: “When I would see her play, especially in the summer, she just had a motor that did not stop. Her competitive fire defensively, especially, was special. I can still remember that summer in the Big Sky State Games, she blocked a shot from the weak side. She was playing in a game against Jordan Sullivan, and that little guard made a play, just one play that was like, ‘Wow, I have to have that gal.’ I remember seeing her blocking that shot and looking around and praying that (Montana State coach Tricia) Binford and (then-Montana coach Robin) Selvig weren’t in the gym with me right then. They weren’t, and a month later she verballed and I think the rest is history.

“She became a very good scorer because of her hard work. Her bread and butter was a pull-up jumper. She made herself better from the 3-point line, she was a great leader and just a tenacious defender and a winner. All that took her a long way.

“There were multiple (moments she shocked me). I coached some great players before her, like an Alira Carpenter, who was a great scorer, but I coached Mandy Morales in high school. I would compare Bobbi to Mandy because you could clear a side or have everyone go low and call a four-low play, which really isn’t anything other than your best player going one-on-one in a crucial situation. She had the ability to still get into the lane or stop and pop from the 3-point line. I can remember a big game against Western Washington one year, we had a shot clock situation and she stepped back to make a 30-footer to ice the game. The bigger the moment, the more she wanted the ball. From where she was as a junior in high school to when she left college was amazing. She was just a gym rat that was in phenomenal physical shape and she was driven, self-driven, to get better. She developed a great pull-up, became a good 3-point shooter and was the quiet type of person who would lead by example, but when I asked her in her last couple of years to be more vocal she did that. Her coachability stands out, as well.”