#MTTop25: No. 25 – Brockton’s Kayla Lambert more than just a scorer 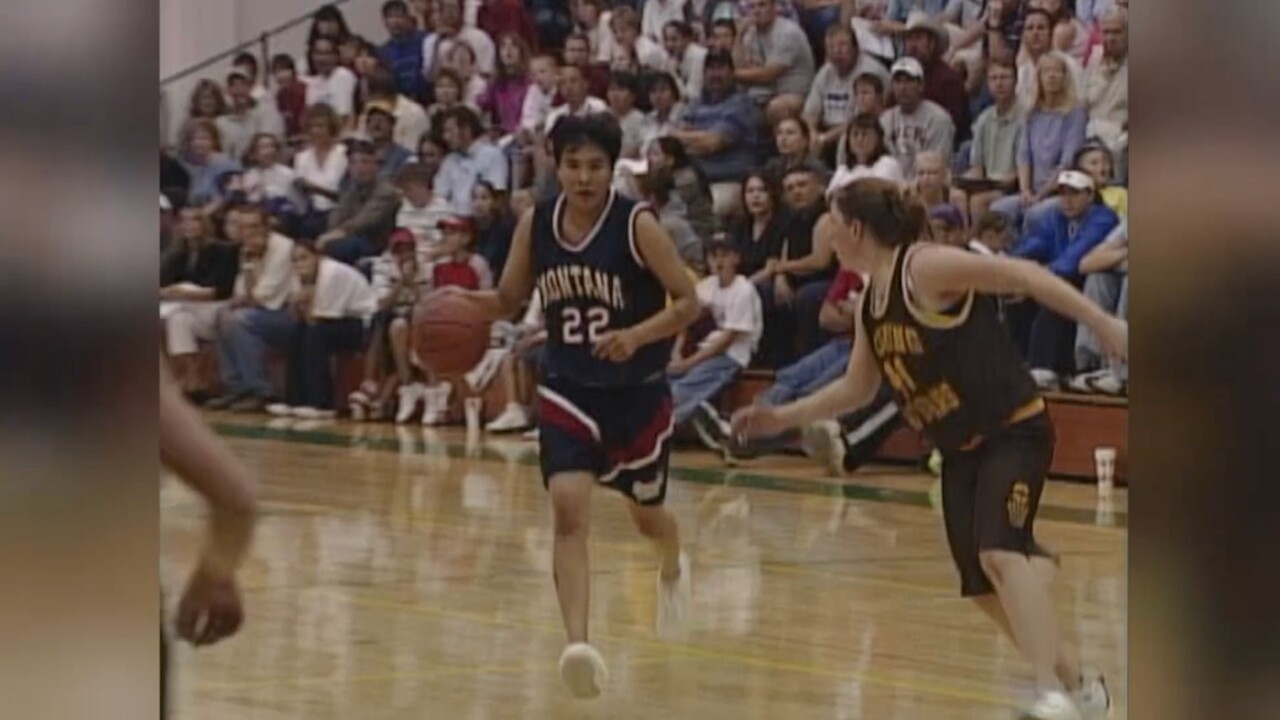 (Editor's note: MTN Sports is re-publishing the original stories from the #MTTop25, which launched in 2017 to profile some of the great girls basketball players in Montana history. Every Friday, we will unveil ‘all-decade teams’ that include athletes not profiled in the #MTTop25 countdown. Thus, players like Jill Barta, who graduated from Fairfield in 2014, and Shannon (Cate) Schweyen, who starred at Billings Central and Montana before ultimately coaching the Lady Griz, will not be featured on their respective decade teams. Those players will be featured in the top 25, regardless of era. Our intention is not to revise history, so we're not going to change the order in which the players were featured. However, some articles will include updates to reflect the latest developments in a player's career. This story was originally published on July 10, 2017.)

Montana has produced many great players who have gone on to have great college careers, and some have even excelled professionally. But none of those players have the high school resume to match Kayla Lambert, who captivated fans with her scoring prowess at Brockton in the late 1990s and early 2000s.

Lambert is the most prolific scorer in Montana high school basketball – boys or girls – racking up an astonishing 3,453 points during her four-year career at Brockton, where she graduated in 2002. She averaged 34.2 points per game for her entire career, including 42 ppg during the 1999 season. Lambert also has the single-game record of 66 points, which she put up on Nov. 10, 2000 in an 82-60 win over Bainville.

A versatile 5-foot-8 guard, Lambert was Montana’s two-time Gatorade player of the year and led Brockton to two Class C state basketball tournaments. She was selected for the annual Midland Roundtable Montana-Wyoming All-Star Basketball Series in 2002 and was the first Native American selected for the Nike All-America Camp held in Indianapolis in 2001.

Lambert was heavily recruited out of high school by Division I programs across the western United States but ultimately decided to join the University of Montana. Lambert ran into academic troubles in Missoula, so she transferred to Sheridan (Wyo.) College to play for Frank McCarthy, who recruited her while he was coaching at Montana State. Lambert played one season for McCarthy and led the team in points, rebounds and assists.

Former Sheridan College coach Frank McCarthy: “She could shoot it, she could score anytime, but she was a great teammate. She wanted to get everybody else involved. Until the game was on the line, she kind of facilitated everybody else, got everyone going and kept the game close. When it came down to it, she could turn the jets on. She had a great first step. When she played for us at Sheridan (College), she was our leading rebounder at the point guard position. At our level, she could control the whole game.

“I knew she could score and I knew she was a good passer, great vision. What surprised me when she played for us is she led us in rebounding. We had a pretty good team, we had three or four girls over 6-foot. Of course, Kayla was so good with the ball we wanted her with the ball as much as we could, but she could rebound. … That year we won the region at Sheridan, she led us in scoring and assists, which was typical, but to also lead us in rebounding was something that we didn’t expect.

“She could score anytime, it seemed like. We could post her, we could put her on a wing where she could clear out a side and isolate her to the basket. Or we could post her up, or she could also shoot the jumper off of the out-screen. She could score any way she wanted, but she was more interested in fitting in. I think she could do it all. I’ve been at this 38 years, and I don’t think I’ve ever seen anybody that could do so much as she could. We all thought she could pass, shoot, score, but she could also rebound. She had a knack to know where that ball was coming off.”