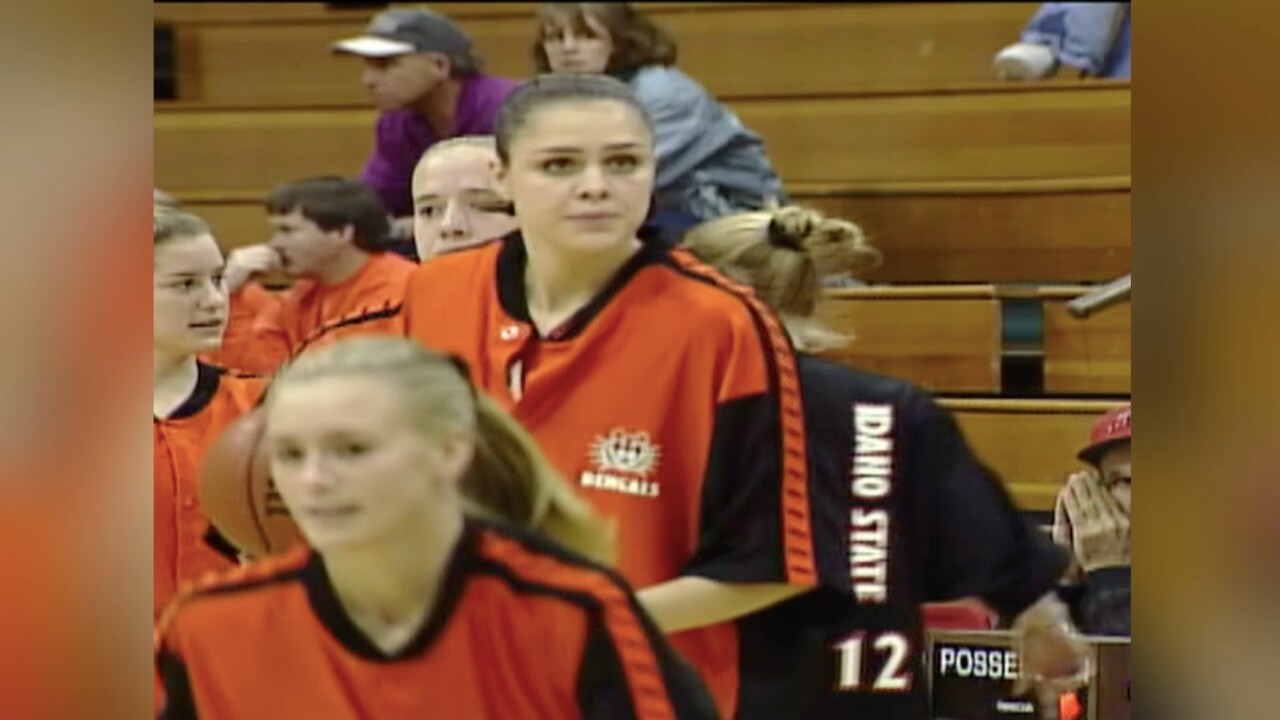 (Editor's note: MTN Sports is re-publishing the original stories from the #MTTop25, which launched in 2017 to profile some of the great girls basketball players in Montana history. Every Friday, we will unveil ‘all-decade teams’ that include athletes not profiled in the #MTTop25 countdown. Thus, players like Jill Barta, who graduated from Fairfield in 2014, and Shannon (Cate) Schweyen, who starred at Billings Central and Montana before ultimately coaching the Lady Griz, will not be featured on their respective decade teams. Those players will be featured in the top 25, regardless of era. Our intention is not to revise history, so we're not going to change the order in which the players were featured. However, some articles will include updates to reflect the latest developments in a player's career. This story was originally published on July 21, 2017.)

Robin Selvig didn’t miss on many recruits during his 38-year career at Montana, but Mandi Carver might be one of his biggest misses. After playing in three Class A state championship games at Dillon, Carver signed to play at Idaho State, where she finished her career as one of the best in program history.

Carver helped Dillon make three championship appearances during her high school career, winning the Class A state title in 1995 and finishing as the state runner-up in 1996 and 1997. She earned all-state honors all three seasons and left the Beavers as the program’s career leader in field goals made with 440 and career rebounds with 716. Carver, also an all-state volleyball player and track and field athlete, was inducted into the Montana High School Association Athletes’ Hall of Fame in 2011.

As a junior, Carver averaged 14.3 points and 10.1 rebounds per game to help Idaho State win the Big Sky Conference and advance to the NCAA Tournament for the first time in program history. The Bengals went 25-5 (16-0 in conference) in the 2000-01 season, setting the program record for single-season wins. She was named the Big Sky Conference MVP that season and was a three-time all-conference selection during her career. Carver was inducted into the Idaho State Hall of Fame in 2014 and profiled as one of the Big Sky’s “25 Greatest Female Athletes" at No. 25.

She signed with the Detroit Shock of the WNBA in 2002 but excelled playing professionally overseas. She won championships in five different leagues from 2002-09, won MVP honors in both the Swiss League and Latvian League, and was a two-time all-star in Greece.

Carver is currently an associate head coach at Fresno State, where she joined the staff in 2014.

(UPDATE: In Carver's six seasons at Fresno State, the Bulldogs have advanced to three Mountain West Conference championship games, including this past season. Carver also serves as the program's recording coordinator, a position that "renews" her when she finds recruits who are excited to join the Fresno State program.)

Former Havre coach Dennis Murphy: “Mandi was a player that you were glad she played on your team and as the coach going against them, you knew you had a problem. She was 6-foot-2, had long arms, an extremely athletic girl. I remember when we were planning what we would do against Dillon at that time, you always tried to go away from her because if you went towards her, the advantage was definitely Dillon. She was so athletic that she could guard your point guard or guard your forward and post, it didn’t matter, she could get the job done. On the offensive end of the floor she had such a soft touch around the rim that when the ball went inside, you couldn’t guard her individually and you needed to help there, but she was a smart player and knew she had some other great players with her and got them the ball if need be. Man, she was a handful in the three years that we had to deal with her.

“I don’t recall anybody being as athletic as she was. There were obviously big girls that were great rebounders or good offense scorers, but Mandi was the kind of kid who could block a shot, get the outlet pass and lead the break to lay it up on the other end on you. She was so athletic in that aspect. Her physical attribute of having the long arms caused so many problems on the defensive end, they used to put her on the front end of a 1-2-1-1 press and when you would get the ball in-bounds, she was so quick getting to traps and causing so many problems up front. She was so talented physically that I can’t recall anybody being like her.

“What a great career at Idaho State. She goes in there and finishes with over 1,000 rebounds and 1,000 points for them, she was an MVP of the conference and a tournament MVP and she really represented the state of Montana during her time there. I wish she really would have been a (Montana Lady Griz or Montana State Bobcat), but I believe when she was playing during that era, there were so many great players in Montana that I don’t think she got overlooked, I just don’t think there was enough room for everyone (to stay) in Montana."