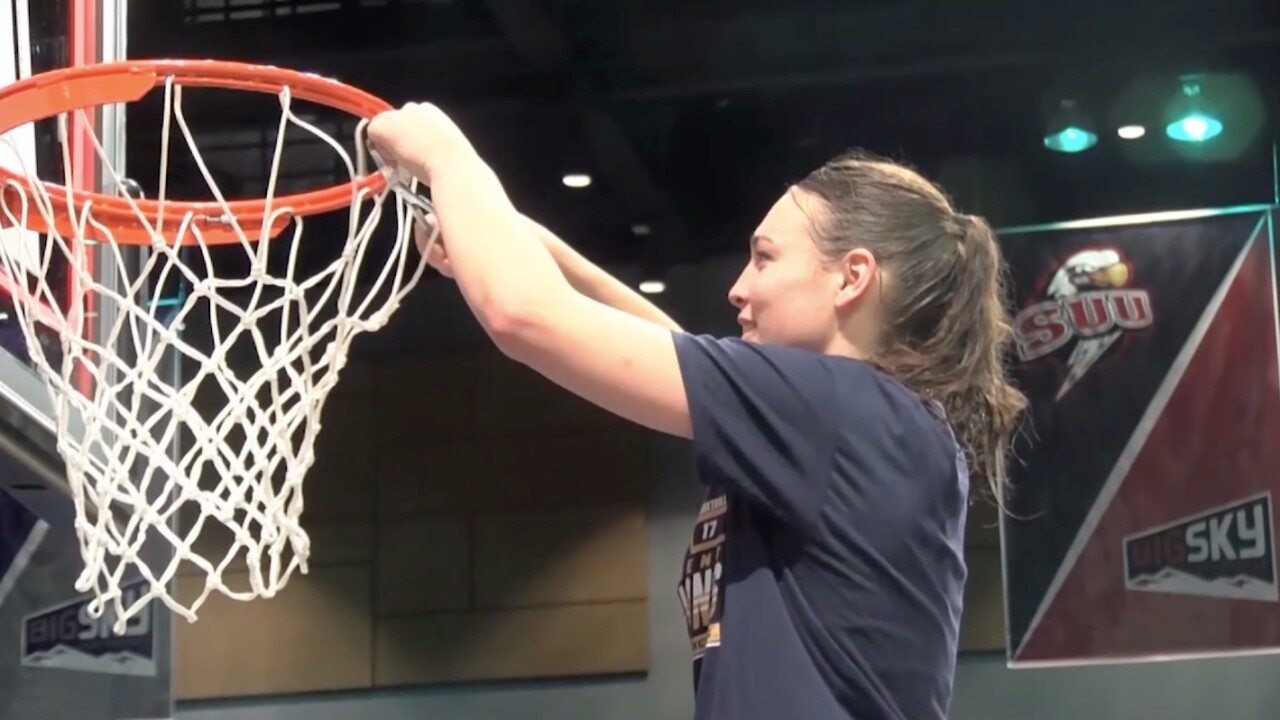 (Editor's note: MTN Sports is re-publishing the original stories from the #MTTop25, which launched in 2017 to profile some of the great girls basketball players in Montana history. Every Friday, we will unveil ‘all-decade teams’ that include athletes not profiled in the #MTTop25 countdown. Thus, players like Jill Barta, who graduated from Fairfield in 2014, and Shannon (Cate) Schweyen, who starred at Billings Central and Montana before ultimately coaching the Lady Griz, will not be featured on their respective decade teams. Those players will be featured in the top 25, regardless of era. Our intention is not to revise history, so we're not going to change the order in which the players were featured. However, some articles will include updates to reflect the latest developments in a player's career. This story was originally published on July 18, 2017.)

Peyton Ferris is responsible for two of Montana’s most impressive basketball performances in recent memory, scoring 41 points for Twin Bridges in the 2012 Class C state championship game and dropping 33 against Washington in the 2017 NCAA Tournament. Those two games are just the beginning on Ferris’ resume.

Ferris put up nice numbers playing at Class C Twin Bridges, averaging nearly 20 points per game as a senior to go along with more than seven rebounds and five steals per game, but she saved the best for last. Ferris scored 41 points in the 2012 State C championship game against Belt, just missing the game-tying 3-pointer at the buzzer. The 41 points were the second-most ever in a Montana high school state championship game, trailing only the 42 scored by Three Forks’ Vicki Heebner, who will later be recognized in the #MTTop25, in 1979.

A 5-foot-9 guard in high school, Ferris was a four-time all-state selection, the state’s Gatorade player of the year in 2012 and a Midland Roundtable Montana-Wyoming All-Star choice. She continued her career at Montana State, where she left a legacy as one of the toughest Bobcats to ever play.

Ferris played sparingly as a freshman, but was the Big Sky Conference’s top reserve of the year in both her sophomore and junior years, averaging 8.8 points and 5.2 rebounds per game as a sophomore and 15.0 points and 5.8 rebounds per game as a junior. She set the MSU school record for single-game field goal percentage when she made 16 of 17 field goal attempts against Weber State on Feb. 25. She also set the single-season field goal percentage record, converting 58 percent of her shots, and was a second-team all-Big Sky Conference selection when the Bobcats won the regular-season conference championship.

She ranks 10th in career points at MSU (1,328), 14th in career rebounds (596), sixth in career field goal percentage (49.6) and sixth in free throws made (304). Ferris will continue her career playing professionally overseas, leaving for Spain in August.

(UPDATE: Ferris has played professionally in Spain since 2017, averaging double-digit points each of the past three seasons. She was a team captain last season and is set to return in the same role for the 2020-21 season.)

Montana State coach Tricia Binford: “There are a lot of things that made her as good as she was, but the first word that comes to mind is toughness. I don’t know if you could say anyone was tougher of the obstacles and adversity that she had to overcome. She’s just a winner and finds a way to win, not only for herself but for her teammates. She was a really unique player in that she could take over a game, but she also made everybody else on the floor better. There are a lot of players that are good individual players, but when Peyton is on the floor, the other four players are better. I could tell you different game after different game where maybe it was Peyton making the right read and passing and they hit the shot, but I also have memories of at Montana, them making a run and, I think, seven times she countered and hit a shot. We’re at the University of Washington playing against the leading scorer in the nation and Peyton outscores her. I think Peyton’s toughness, her ability to score in different places in different ways, I thought it was pretty amazing what she was able to accomplish when seeing double teams and triple teams and still maintained an unbelievable field goal percentage and the ability to make everybody better.

“Even in high school she did play a lot at the basket, so we started putting her in positions she was used to growing up, but I thought she expanded her game to the perimeter the last couple years. Her 3-point percentage went up, what she does on the defensive end, her offensive rebounding ability came along – there were small things every year. It wasn’t like she was adding five different moves to her game; it was the fact that she perfected what she was great at that made her consistent every single game.

“Obviously, I would say Peyton is going to be on my team if I were going to choose a team, because I know at the end of the day when we step on the floor, there isn’t one opponent or player that Peyton isn’t going to step up and give a great performance. If you look at Peyton, her best games were always the most difficult games and that’s who you want on the floor. She’s one of the smartest IQ kids I’ve ever coached. She knows the game of basketball, she can teach it and she’s probably the best leader out there.”