#MTTop25: No. 18 – Skyla Sisco a ‘true competitor’ from Malta to Montana Lady Griz 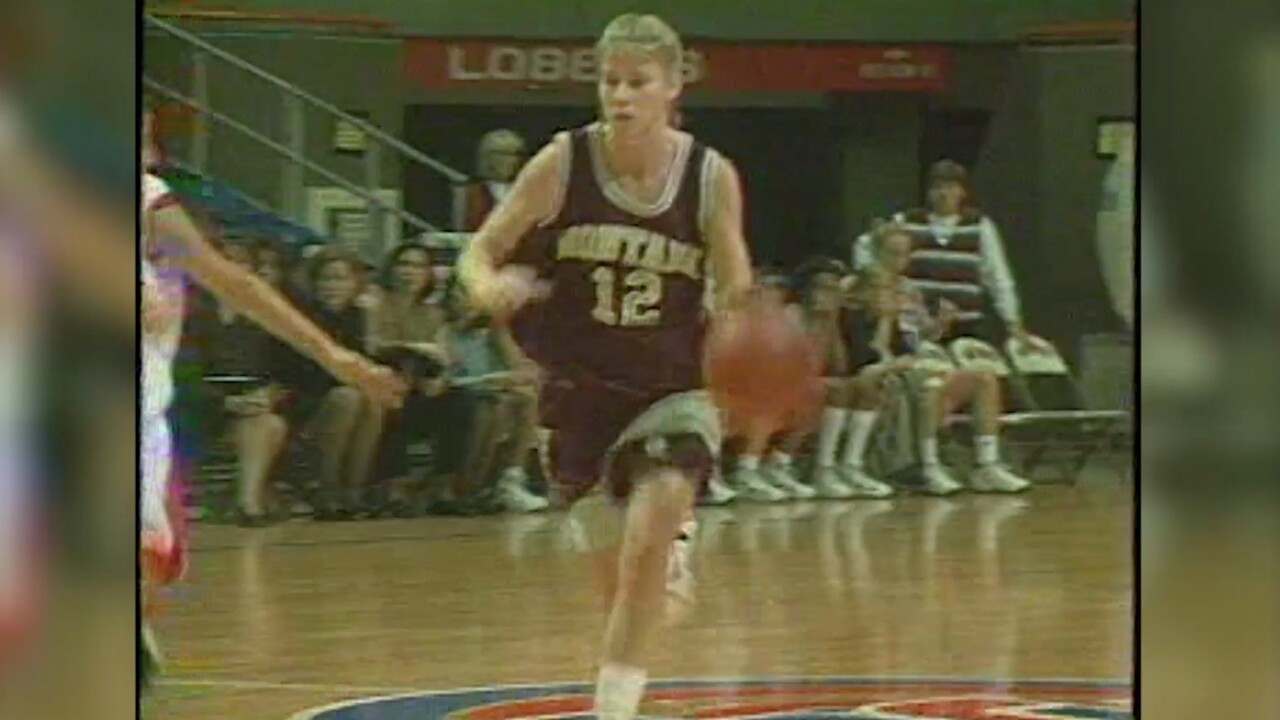 (Editor's note: MTN Sports is re-publishing the original stories from the #MTTop25, which launched in 2017 to profile some of the great girls basketball players in Montana history. Every Friday, we will unveil ‘all-decade teams’ that include athletes not profiled in the #MTTop25 countdown. Thus, players like Jill Barta, who graduated from Fairfield in 2014, and Shannon (Cate) Schweyen, who starred at Billings Central and Montana before ultimately coaching the Lady Griz, will not be featured on their respective decade teams. Those players will be featured in the top 25, regardless of era. Our intention is not to revise history, so we're not going to change the order in which the players were featured. However, some articles will include updates to reflect the latest developments in a player's career. This story was originally published on July 19, 2017.)

The pipeline from Malta to Missoula has produced a number of great Montana Lady Griz, including point guard Skyla Sisco, who built an impressive resume in the Garden City.

Sisco was a terrific athlete at Malta High School, where she was a three-time Class B state high jump champion in track and field, an all-state volleyball player and a three-time all-state basketball selection. She helped guide the M-Ettes to the State B title in 1991 and a second-place finish in 1992 and was eventually inducted into the Montana High School Association Athletes’ Hall of Fame in 2001.

But Sisco really excelled on the college basketball courts for the Montana Lady Griz. After a redshirt season, Sisco became a four-time all-Big Sky Conference player while in Missoula, leading the Lady Griz in assists her sophomore, junior and senior seasons and points in her senior season in 1997-98. She’s one of just five players – future #MTTop25 selection Mandy Morales is one of the others – to be a four-time all-conference player.

During Sisco’s career, the Lady Griz went 99-22 overall and 56-4 in the Big Sky Conference, capturing four conference crowns and playing in four NCAA Tournaments, advancing to the second round one time with an upset win over San Diego State in 1995.

Sisco got a brief shot with the WNBA, getting an invite to training camp from the Phoenix Mercury. The Mercury cut her before the start of the season and she instead played professionally overseas before becoming a basketball official back in Montana.

“I played with emotion and heart and, though I think a lot of people appreciated the spirit, I guarantee the referees were not part of that crowd,” Sisco wrote on www.makeitmissoula.com. “I’m still certain I only committed perhaps four or five legitimate fouls in my career as a Lady Griz, but upon graduating, I had this aching suspicion that perhaps a self-imposed penance of officiating was in order.”

Former Montana Lady Grizzly teammate Megan Harrington: “Skyla was an incredibly smart player. She was also very passionate. She played with incredible heart and passion. She had the ability to see the court and everything that was happening; she was just a true point guard. She had incredible quickness, but I think her ability to understand the game and to understand where people were on the court, how to get them the ball or when she needed to be the one scoring. She scored 1,000 points in her career, so she was versatile. Watching her play, you couldn’t help but be excited, because the way she played, I think, invigorated the crowd and certainly her teammates. She just left everything on the court.

“I think she could have competed with anyone in the nation. There were things, just playing against her, bringing your ‘A’ game, making you rise to the occasion and just watching her. She was really good about helping me along, as well, and understanding the game and passing along her knowledge, and a lot of that just by the way she competed in practice and the expectation that she had for you to compete in practice. Having that opportunity for me was invaluable.

“She’s truly a competitor at anything she does, but she’s also classy. She could win with class and lose with grace, and that comes from Rob (Selvig) and I’m sure her high school coach, too. That man has produced a lot of Lady Griz athletes. I still think that Skyla could play at the college level and start and be a dominant force. Her reflexes, her athleticism, and her determination, her ability to compete. It didn’t matter who she was up against, my money would be on her. She was just a competitor and a leader. She hurt her knee, and when she came back from that, she still had the quickness. A lot of times, you might lose a little bit. I don’t think she did. She just had a mental toughness in addition to physical ability, cat-like reflexes and incredible quickness.”