#MTTop25: No. 23 – Bozeman’s Kati Burrows had 'the aura of a champion' at Montana State 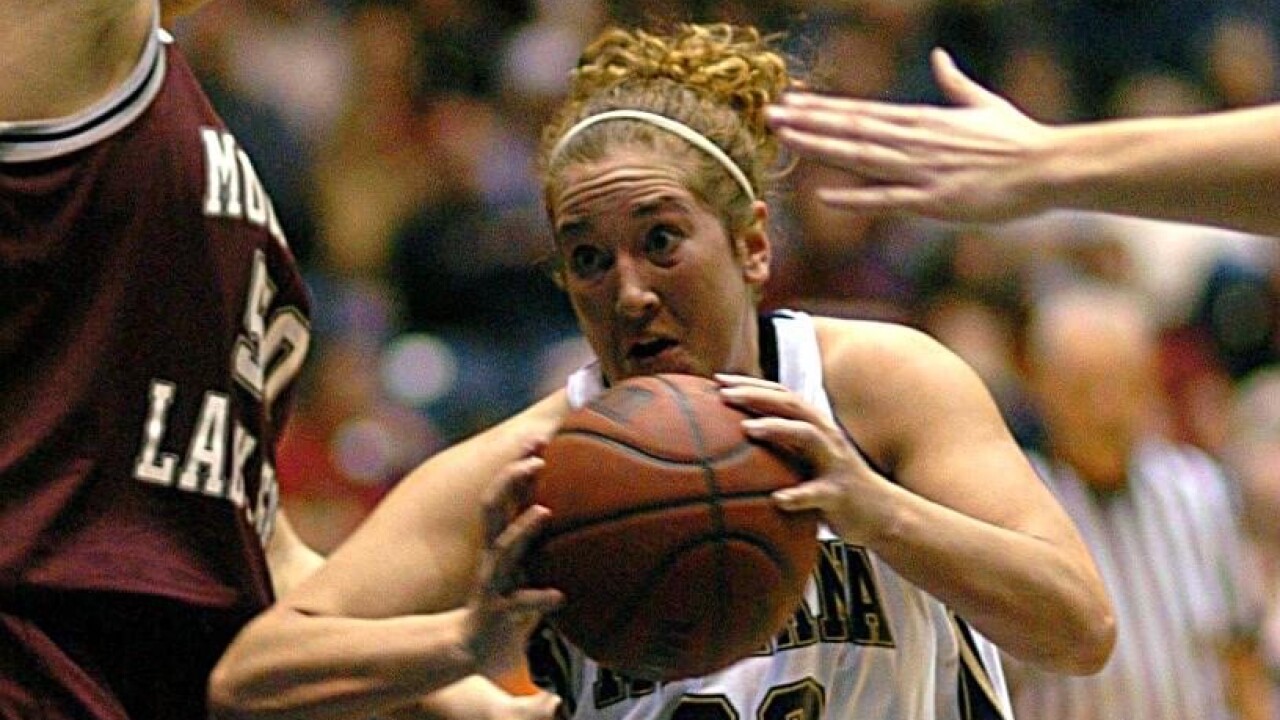 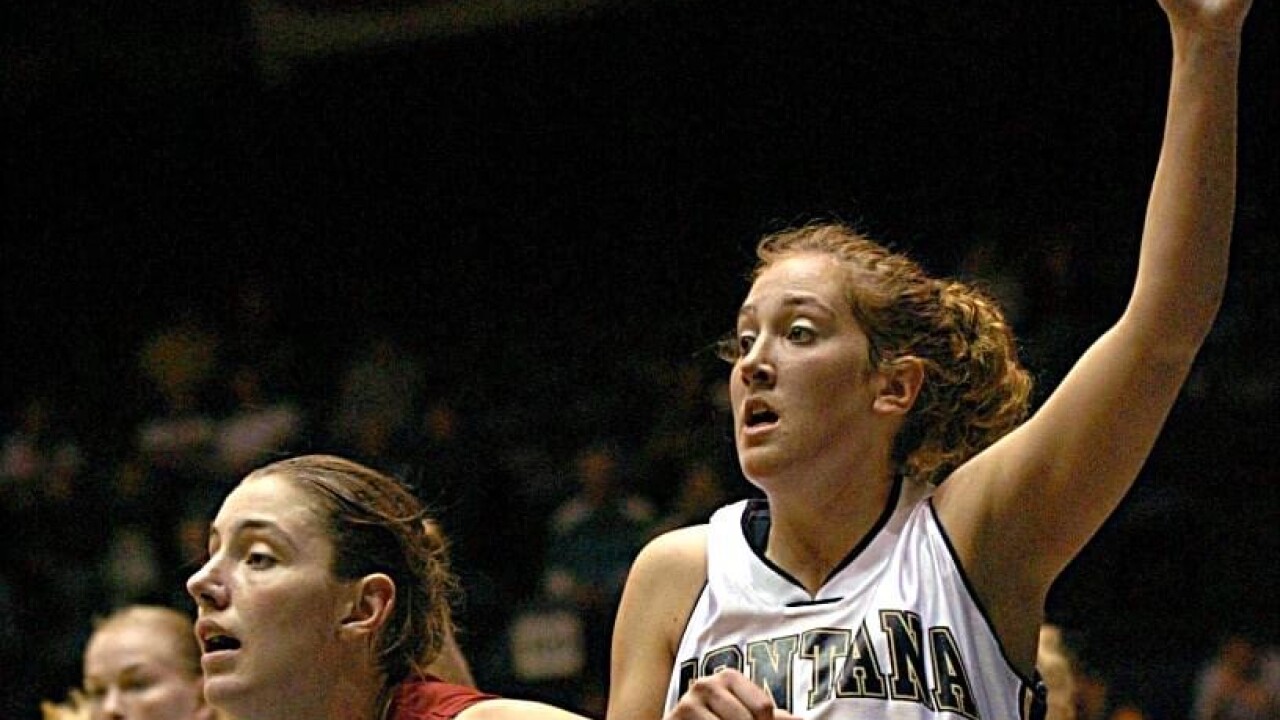 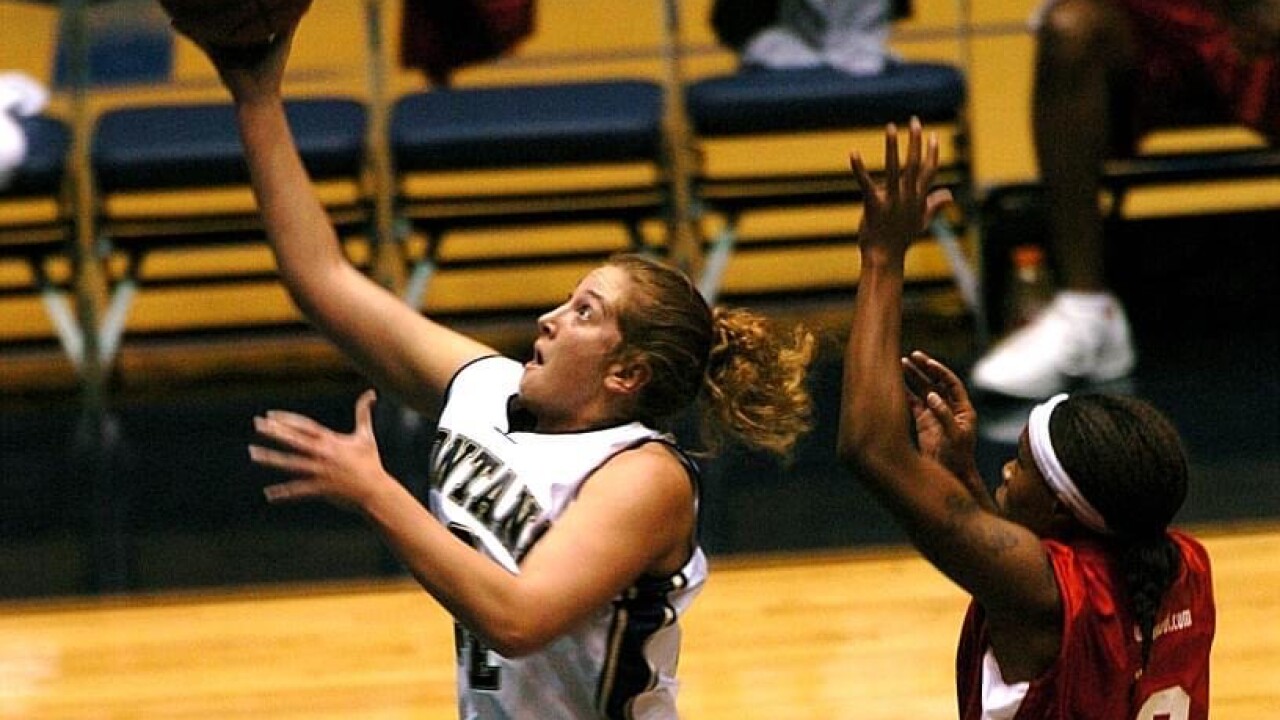 (Editor's note: MTN Sports is re-publishing the original stories from the #MTTop25, which launched in 2017 to profile some of the great girls basketball players in Montana history. Every Friday, we will unveil ‘all-decade teams’ that include athletes not profiled in the #MTTop25 countdown. Thus, players like Jill Barta, who graduated from Fairfield in 2014, and Shannon (Cate) Schweyen, who starred at Billings Central and Montana before ultimately coaching the Lady Griz, will not be featured on their respective decade teams. Those players will be featured in the top 25, regardless of era. Our intention is not to revise history, so we're not going to change the order in which the players were featured. However, some articles will include updates to reflect the latest developments in a player's career. This story was originally published on July 12, 2017.)

The girls at Bozeman High won five Class AA state championships in the 1990s with one of the state’s best collections of individual talent. Kati Burrows was just one of the many Hawks to play Division I college basketball, keeping her talents in Bozeman, where she became one of the greats at Montana State.

Burrows was part of three Class AA state championship teams while playing at Bozeman from 1996-1999. The Hawks won titles in 1996, 1998 and 1999 behind Burrows and other Division I talents like Andrea Lalum, who would go on to play at the University of Washington. Burrows was an all-state performer, averaging 16.4 points per game as a senior when USA Today recognized her as one of Montana’s best players. She was selected for the 2000 Montana-Wyoming All-Stars basketball series and led the Treasure State girls in scoring in both games to complete the weekend sweep over their Wyoming counterparts.

Known for her work ethic and inspirational attitude with teammates, Burrows turned in an impressive career at Montana State. She played in 115 games from 2001-2005, helped the Bobcats to the Big Sky Conference regular-season championships in 2002 and 2003, and was named to three all-conference teams (twice a first-team selection). Burrows scored 1,528 career points, which ranks fourth on the Bobcats’ all-time scoring list, and she’s fifth in career field goals made (579) and third in career free throws made (343). She added 671 career rebounds to finish in MSU’s top 10. Following her collegiate career, Burrows briefly played professionally in Holland and Germany, where she was ASC Mainz’s top scorer and rebounder.

She has since taken to the coaching ranks and is currently an assistant on Tricia Binford’s staff at Montana State. She came back to MSU in 2015 after coaching at Maricopa (Arizona) High School, where she led the program to a 29-5 overall record and its first-ever state championship. Burrows earned three different coach of the year honors in Arizona, including The Arizona Republic’s Big Schools Coach of the Year.

(UPDATE: Burrows, now Kati Burrows-Mobley, left the Montana State program in the spring of 2020. She helped the Bobcat women to three Big Sky Conference championships during her tenure. She has taken a teaching position at Bozeman High School, where she will also be an assistant boys basketball coach under first-year head coach Troy Hostetler.)

Montana State coach Tricia Binford: “I’m really angry I never got to coach her, I missed her by one year. When you look at her resume, everywhere she’s been and everything she’s done, she’s been successful. That’s really remarkable about Burrows, not only as a player but a coach – she was a head coach in Arizona for one year and won the state title, in her first year. She has the aura of a champion and is obviously another kid that knows what it takes, and it’s about toughness, about outworking people, it’s about execution, and she’s one of the most consistent – I think she’s in the top 10 in five or more categories (in the Montana State record books) and to have that over the course of your career, not just scoring but other areas, that shows a complete game and I think that’s impressive about her performance.

“What I love about her is she never gets too high or too low, and I’m assuming that’s how she was as a player: She just abused you over and over again every play. As a coach that’s how she is, she’s just steady. She does have a standard, if you’re not at her level, you’re going to hear about it and I think that’s how she was as a player, as well. She’s seeking perfection, but she’s also in our kids’ corner, as well. I thought her coaching Peyton (Ferris) the last few years was a perfect fit, and it was fun to watch because they would butt heads because they were so competitive. At the end of the day, Peyton knew Coach Burrows had her back and she challenged her to be great and that’s what she was.”