#MTTop25: No. 8 – Belgrade’s Sarah Flock one of the best to play at Montana State 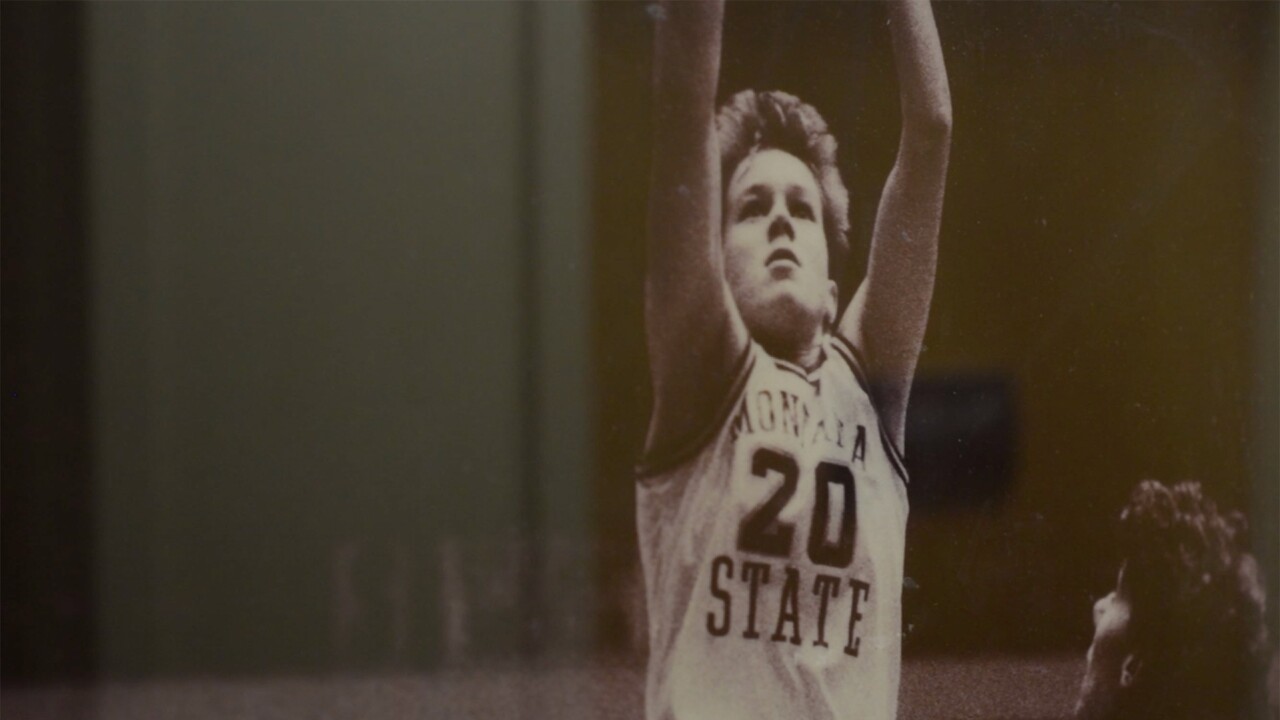 (Editor's note: MTN Sports is re-publishing the original stories from the #MTTop25, which launched in 2017 to profile some of the great girls basketball players in Montana history. Every Friday, we will unveil ‘all-decade teams’ that include athletes not profiled in the #MTTop25 countdown. Thus, players like Jill Barta, who graduated from Fairfield in 2014, and Shannon (Cate) Schweyen, who starred at Billings Central and Montana before ultimately coaching the Lady Griz, will not be featured on their respective decade teams. Those players will be featured in the top 25, regardless of era. Our intention is not to revise history, so we're not going to change the order in which the players were featured. However, some articles will include updates to reflect the latest developments in a player's career. This story was originally published on Aug. 2, 2017.)

Shannon Cate didn’t have many peers on the basketball court, but Sarah Flock was one of the few who was able to compete with and hold her own against Cate when the two battled in both high school and college.

Flock was a multi-sport star at Belgrade, competing against Cate and Billings Central on both the basketball and volleyball courts. Flock and the Panthers never won a Class A state championship, but they earned a runner-up volleyball trophy in 1987 and third-place basketball finish. Flock was an all-state player in both sports, ultimately deciding to stay close to home to play college basketball at Montana State.

Flock didn’t play her freshman season for the Bobcats, but her final three years were as impressive as any in program history. She ranks in the top 10 in at least eight career categories despite playing in just 90 games at MSU.

A versatile offensive threat, Flock earned all-conference honors in 1990, 1991 and 1992, all-tournament recognition in 1991 and 1992, and was an honorable mention all-American in 1992. She’s the only player in Bobcat history to be named the team’s most valuable player three times and was ultimately inducted into the MSU Hall of Fame in 2003.

Sports Illustrated recognized Flock at No. 43 on its list of ‘The 50 Greatest Sports Figures From Montana’ in 1999.

After playing professionally overseas, Flock, now Sarah Fowler, served two stints as the head girls basketball coach at Belgrade High School. After struggling through five seasons from 2002-07, she returned to the sideline prior to the 2016-17 season, leading the Panthers to the semifinal round at the Class A state basketball tournament.

Former Montana Lady Griz Shannon (Cate) Schweyen: “Sarah and I were great rivals in high school. She went to Belgrade, I went to Billings Central, and we played against each other in state championships for volleyball, state championships for basketball. They were probably our biggest rival when, traditionally in the Eastern A, it should have been Miles City or Glendive, but it became Belgrade and us. They were really tall like us. …. They had a really good group of athletes, as well.

“We were very similar. She was a good shooter, put it down good, she could score in the post, deadly from all areas, just really competitive. Sarah left it all out there. We tried to recruit her here at Montana, but obviously being from Belgrade she had ties to MSU. She’s one of the more complete players I remember the Bobcats ever having.

“I played against her all those years when she was at Montana State and she was a classy competitor. Our families were always friends. For so many years we had beaten them, and then, I think my senior year, they beat us in Bozeman, and I remember coming out of the locker room and my dad was like, ‘It’s your turn. Get over there and talk to her parents.’ And I remember thinking, ‘Sarah has always been so incredibly classy after all of our games.’

“I really think if there would have been more of a pro presence in that day, Sarah probably would have been a part of it. Her first 10 or 15 years out of the game, we would play against each other in the Wayne Estes Tournament and things like that, and she still had big-time game. She was a little shorter than I was, maybe 5-(foot)-9 or 5-10, but was an all-around great player."