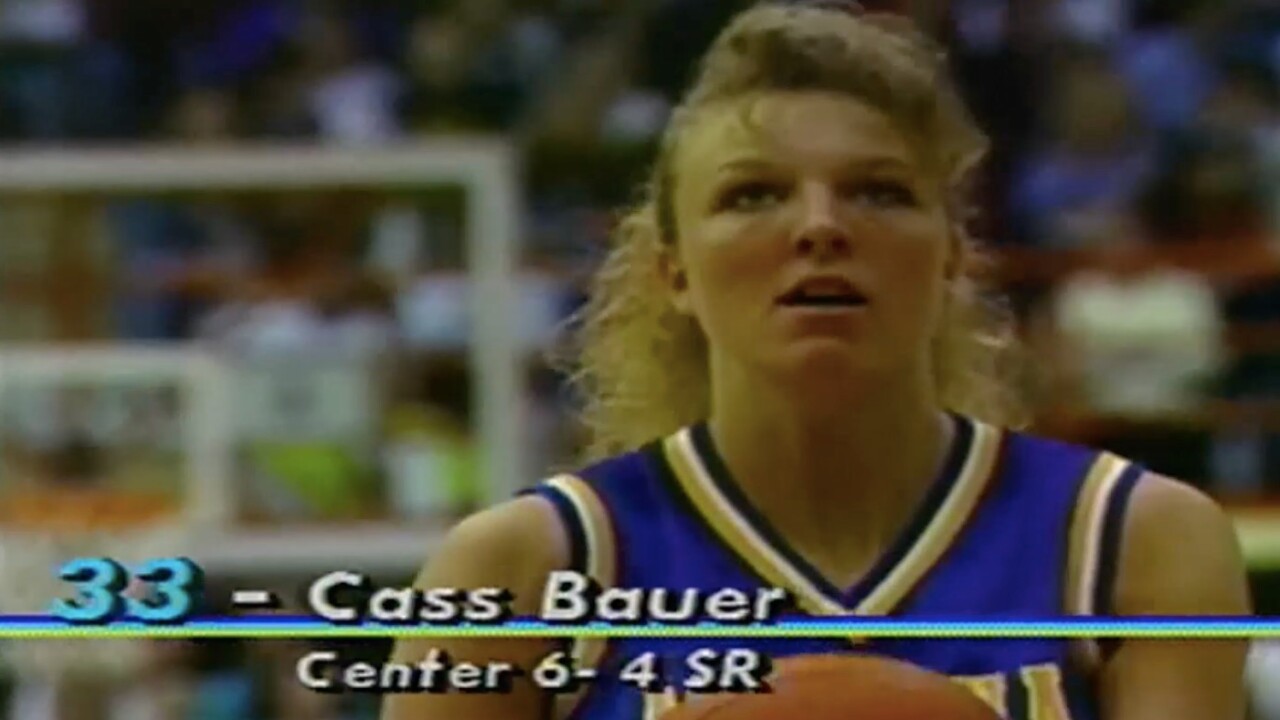 (Editor's note: MTN Sports is re-publishing the original stories from the #MTTop25, which launched in 2017 to profile some of the great girls basketball players in Montana history. Every Friday, we will unveil ‘all-decade teams’ that include athletes not profiled in the #MTTop25 countdown. Thus, players like Jill Barta, who graduated from Fairfield in 2014, and Shannon (Cate) Schweyen, who starred at Billings Central and Montana before ultimately coaching the Lady Griz, will not be featured on their respective decade teams. Those players will be featured in the top 25, regardless of era. Our intention is not to revise history, so we're not going to change the order in which the players were featured. However, some articles will include updates to reflect the latest developments in a player's career. This story was originally published on July 27, 2017.)

The Montana State women’s basketball program has had plenty of success with Class C players over the years, but Cass Bauer exceeded all expectations. The former Hysham Pirate starred at MSU in the early 1990s, helping take the program to unprecedented heights.

Bauer’s basketball beginnings got their start in tiny Hysham, where she was the youngest of three sisters who all played college basketball. Her career was the brightest, though, as she was a two-time all-state player for the Pirates and averaged better than 30 points per game during her senior season in 1989. Against Terry that year, Bauer poured in 56 points, including 22 free throws, a single-game record according to the Montana High School Association record books. She was eventually inducted into the MHSA Athletes’ Hall of Fame in 2003.

Bauer turned her stellar high school career into a standout career at Montana State. The versatile 6-foot-3 center put together a fine statistical career as she helped the Bobcat program reach new heights. She was a three-time all-conference selection, two-time honorable mention Kodak all-American, and the Big Sky Conference MVP in 1992-93 when MSU advanced to the NCAA Tournament for the first time in program history.

Her 1993-94 season is one of the best individual seasons in MSU history. Bauer averaged 20.9 points and 10.0 rebounds per game, including games of 40 points (then a Montana State single-game record) against Idaho and 21 rebounds (still the Montana State single-game record) against Rhode Island. She finished her career with 1,419 points (seventh all-time at MSU) and 738 rebounds (eighth all-time at MSU). Bauer made 477 career free throws (most all-time at MSU, fourth-most in Big Sky Conference history), shooting 80.4 percent from the charity stripe.

Bauer was recognized by Sports Illustrated as one of the 50 greatest sports figures from Montana in 1999, inducted into the Montana State Hall of Fame in 2004, and ranked 15th on the list of the Big Sky’s “25 Greatest Female Athletes” in 2013.

Following her collegiate career, Bauer got an opportunity playing professional basketball. She played for the Columbus Quest of the American Basketball League, winning an ABL title and setting the league’s career free throw percentage record (87 percent) before the league folded. Bauer, now Bauer-Bilodeau, caught on in the WNBA, though, and played 94 games in four seasons with the Charlotte Sting, Washington Mystics and Sacramento Monarchs. Her best season came with the Sting in 2000 when she started 18 games, scored 76 total points and grabbed 56 total rebounds.

Montana State women’s basketball sports information director Tom Schulz: “So tall but so mobile. Her first year she played more of a (power forward). They moved her to a (center), but she wasn’t that kid that was just going to sit on the block and bang away. She could extend it. Her game was just so complete and she was just so athletic and hard-working kid that she was kind of the first of her type in the Big Sky.

“By her sophomore season, Cass really started to come in on her own and started scoring and was the matchup problem, she was all-conference. Then she went on and she was two-time all-America for the Cats, she was Big Sky Conference MVP for the tournament as a junior when the Bobcats defeated the Lady Griz here to go to their first-ever NCAA Tournament. And then next year MVP, as well. So, she had a pretty good Big Sky career and then she went on to the pros. Thinking about the Big Sky kids that went on to the pros, she probably had one of the best, if not the best professional career, at least in the U.S. playing for the ABL. ... She had a pretty illustrious career from the day she set foot on campus here to when she wrapped it all up.”