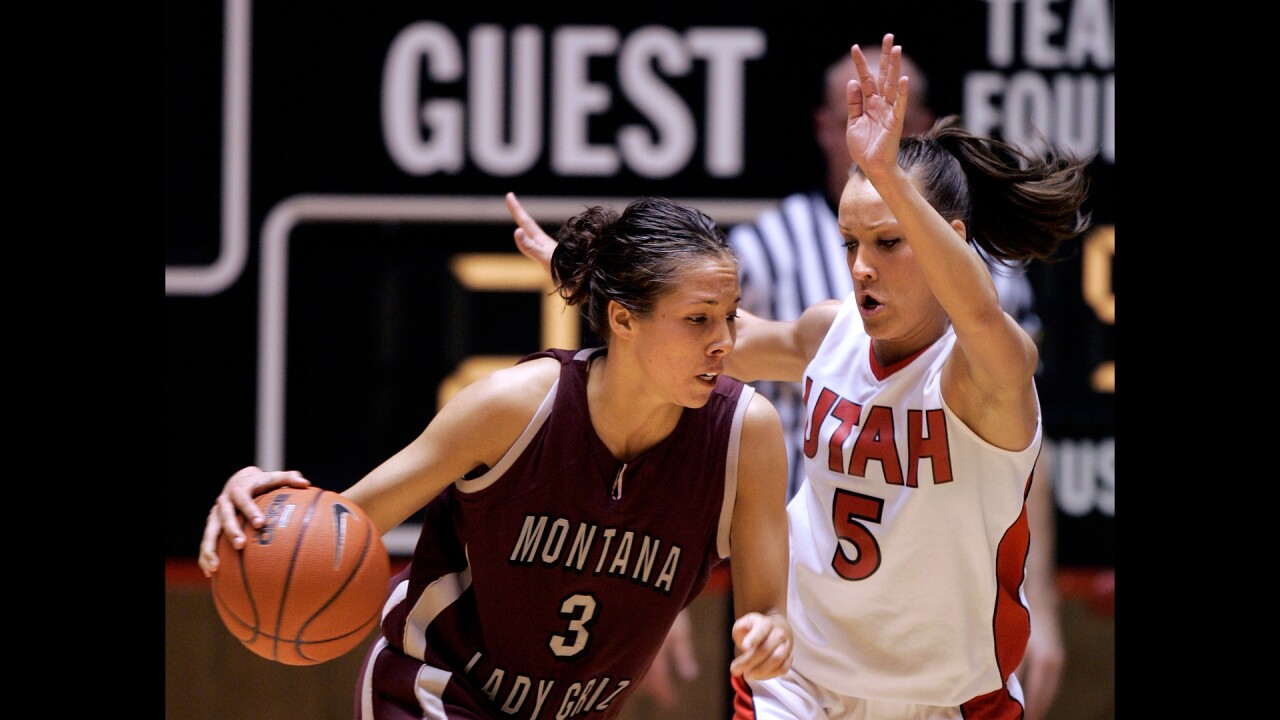 (Editor's note: MTN Sports is re-publishing the original stories from the #MTTop25, which launched in 2017 to profile some of the great girls basketball players in Montana history. Every Friday, we will unveil ‘all-decade teams’ that include athletes not profiled in the #MTTop25 countdown. Thus, players like Jill Barta, who graduated from Fairfield in 2014, and Shannon (Cate) Schweyen, who starred at Billings Central and Montana before ultimately coaching the Lady Griz, will not be featured on their respective decade teams. Those players will be featured in the top 25, regardless of era. Our intention is not to revise history, so we're not going to change the order in which the players were featured. However, some articles will include updates to reflect the latest developments in a player's career. This story was originally published on Aug. 8, 2017.)

One of the greatest compliments a basketball player can receive is that she’s a winner. From Billings West to Montana, the highly competitive Mandy Morales knew how to close games, helping her teams to a number of championships.

The 2004 Gatorade player of the year, Morales decided to play her college basketball at Arizona State. She went to Tempe for summer school but soon realized the fit wasn’t right, so Morales transferred back to the Treasure State, signing to play with the Montana Lady Griz.

Her career at UM got off to a quick start. Morales averaged 15.9 points and 5.1 rebounds per game as a freshman during the 2005-06 season, the only season of her college career the Lady Griz failed to win the Big Sky Conference championship. She helped guide Montana to league titles the next three years and was twice named the conference player of the year. Her first POY honor came after the 2006-07 season when she averaged 19.7 points (the sixth-best single season in UM history), 6.8 assists (the third-best single season in UM history) and 4.6 rebounds per game while shooting 39.3 percent from 3-point range.

Morales is one of just five women to earn first-team all-Big Sky Conference honors four times. She was also a three-time all-Region 7 selection and was a two-time honorable mention Associated Press all-American.

Former Billings West and current MSU Billings coach Kevin Woodin: “(Morales) was a tremendous competitor but did not have a weakness. She could shoot the 3. A lot of high school girls struggle with a pull-up jumper, but she had that and kept developing it. She was a great post-up player, phenomenal passer and loved the ball at the end of the game in critical situations.

“We could post her up or isolate her, and she just had the ability to finish around the basket, drawing contact. I think that came a little bit from her playing in the backyard against her brothers. She was a very physical player that nobody could match that physicality. She would deliver the blow, and you would get the foul and she would get a free throw. It was great to have on your team, but it was difficult to defend.

“I had coached boys before, but I got Mandy in the late ‘90s and early 2000s, and I had never seen anyone who could do so many different things on the court. You wanted to run the lanes, because if you were open you would get the ball. If you needed a post pass and a cut, you got it. If you wanted to post her up, you could. No Billings public school had ever won a high school state championship in the history of Billings until she got there and we won both of those, and she took over both fourth quarters. … Mandy was phenomenal to coach, a competitor, but so unselfish and humble, as well, but she had a killer’s mentality when the game was on the line.”

Former Montana coach Robin Selvig: “Mandy was the real deal: just tremendous range, tremendous anticipation, tremendous hand-eye coordination and getting hands on things, great passer. She’s a good 5 foot, 9 inches maybe, but we looked at her as a point guard. I wanted her to play point guard, because she was so good that I wanted the ball in her hands. She could play the 2 (shooting guard), too, but if you looked at it you would be thinking, ‘OK, she’s a great 2-guard,’ but she ended up playing the point, and we posted her because she was great around the basket. Talk about a tough matchup and a great free throw shooter. She shot a zillion free throws in her career, because around the basket you either fouled her or she scored. She had the way to lean and had the best balance on the basketball floor of anyone I’ve ever coached or seen. I don’t think she got called for traveling twice in her college career. She just had a way of keeping her balance, leaning and shooting around you. She had a beautiful stroke from really long distance and she was a great, great player.

Former Montana player and coach Shannon Schweyen: “Mandy Morales has to be right up there (for greatest players I’ve ever coached). Mandy had incredible skills, was always competitive no matter what she was doing, on the court or off the court. I would take her on my team any day of the week. She really was something special, and I think she has to be right up there.”