#MTTop25: No. 22 – Blue-collar Lexie Nelson ‘one of the all-time greats’ at Eastern Washington 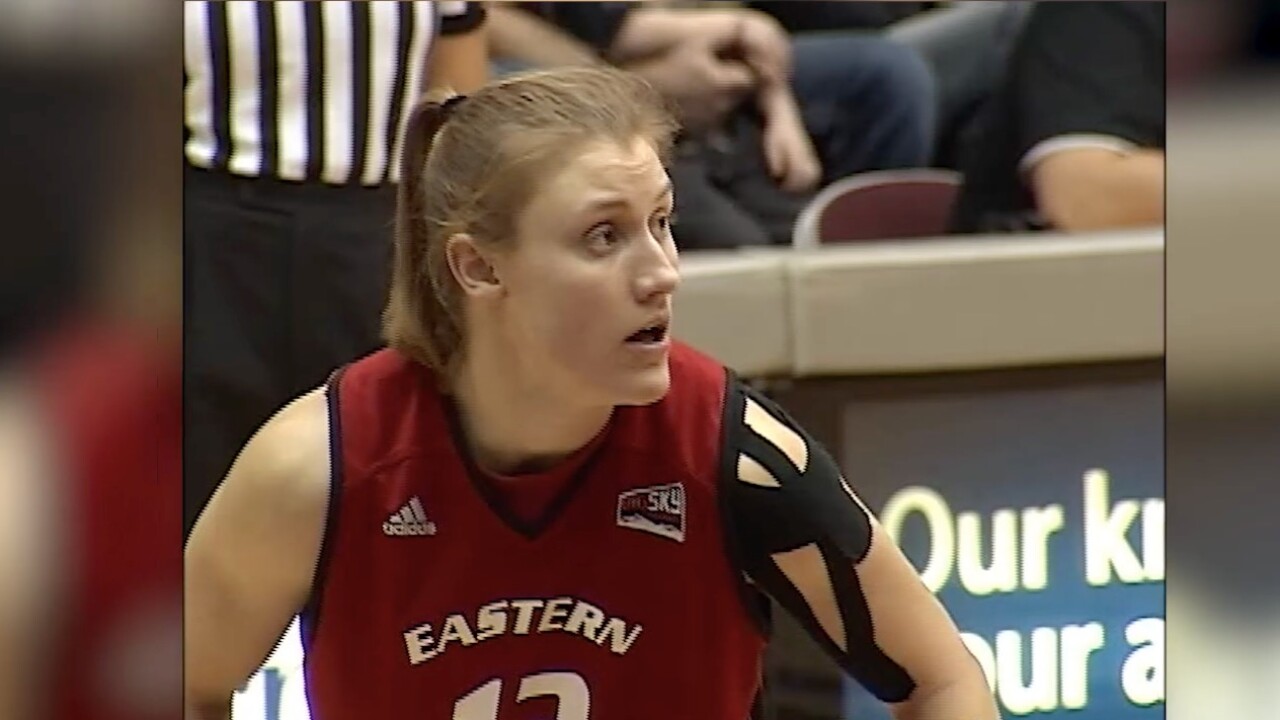 (Editor's note: MTN Sports is re-publishing the original stories from the #MTTop25, which launched in 2017 to profile some of the great girls basketball players in Montana history. Every Friday, we will unveil ‘all-decade teams’ that include athletes not profiled in the #MTTop25 countdown. Thus, players like Jill Barta, who graduated from Fairfield in 2014, and Shannon (Cate) Schweyen, who starred at Billings Central and Montana before ultimately coaching the Lady Griz, will not be featured on their respective decade teams. Those players will be featured in the top 25, regardless of era. Our intention is not to revise history, so we're not going to change the order in which the players were featured. However, some articles will include updates to reflect the latest developments in a player's career. This story was originally published on July 13, 2017.)

Butte is a hard-working, blue-collar town, and nobody epitomized that on the basketball floor more than Lexie Nelson, who helped lead the Bulldogs to back-to-back runner-up finishes at the Class AA state basketball tournament in 2008 and 2009.

Nelson is arguably the best basketball player – boy or girl – to ever come out of Butte. She was a four-time all-state selection while playing at Butte High and left the program as the Bulldogs’ all-time leading scorer. An aggressive 5-foot-6 point guard, Nelson was especially adept at getting to the free throw line and averaged 23.9 points per game as a senior. She was named the state’s Gatorade player of the year in 2010 and selected for the Montana-Wyoming All-Stars basketball series.

She opted to play at the University of Montana, spending one season with the Lady Griz before transferring to Eastern Washington. After sitting out one season due to transfer rules, Nelson moved into the Eagles’ starting lineup, earning first-team all-Big Sky Conference honors and helping lead EWU to the WNIT for the second time in school history. She scored 14 points per game, fourth in the conference, and made 112 of her 131 free throw attempts (85.5 percent).

Nelson was again a first-team all-conference selection in her junior season in 2013-14, upping her scoring average to 15.9 points per game and her free throw shooting to 89.5 percent. Her 477 points rank fifth all-time in Eastern Washington single-season history.

During Nelson’s senior season, the Eagles won 21 games, the most in coach Wendy Schuller’s 16-year career with the program. Nelson took a small step back statistically, scoring 14 points per game and making 84.3 percent of her free throws, but was still a second-team all-conference selection in 2014-15. She finished her stellar career at EWU starting 95 games and scoring 1,388 career points (fourth-most in program history), including 322 free throws (third-most in program history). Nelson also holds the program record for career free throw percentage (85.4 percent) and 3-pointers made (204).

“There’s not really one (moment or game) in particular that I can think of. I just kind of think of Lexie with her whole body of work. She just wasn’t one of those players that just had moments, because she brought it all the time. Every day of practice, every time we stepped on the floor for a game, she was there mentally. She was unbelievable in terms of getting herself prepared and focused. It wasn’t a player who had a lot of highs and lows. She was just so consistent and so good every day.

“She brought it every single day. That’s what winners do. Winners don’t just show up some of the time. Winners show up every day and work hard every day. One of the great things about Lexie is that she helped bring that mentality to our program and to our team and taught our younger players how to be that kind of a player and how to be that kind of a student-athlete. It was just in her DNA. I like to think that she helped bring a little bit of that to our program that still is here today.

“I’ve been coaching for over 25 years now, and she is by far the hardest worker that I’ve ever been around. … She’s still trying to go back overseas and play, and she tore her knee up in the spring playing pick-up basketball – really (the) first significant injury she’s ever had. I saw a video (Wednesday) or two days ago that she had posted. She’s eight weeks off of surgery doing things that kids that are four months are off surgery aren’t even thinking about doing. She’s just unbelievable. I mean, she’s like a machine. She’s really unbelievable, and I feel really lucky to have had the chance to coach her.”