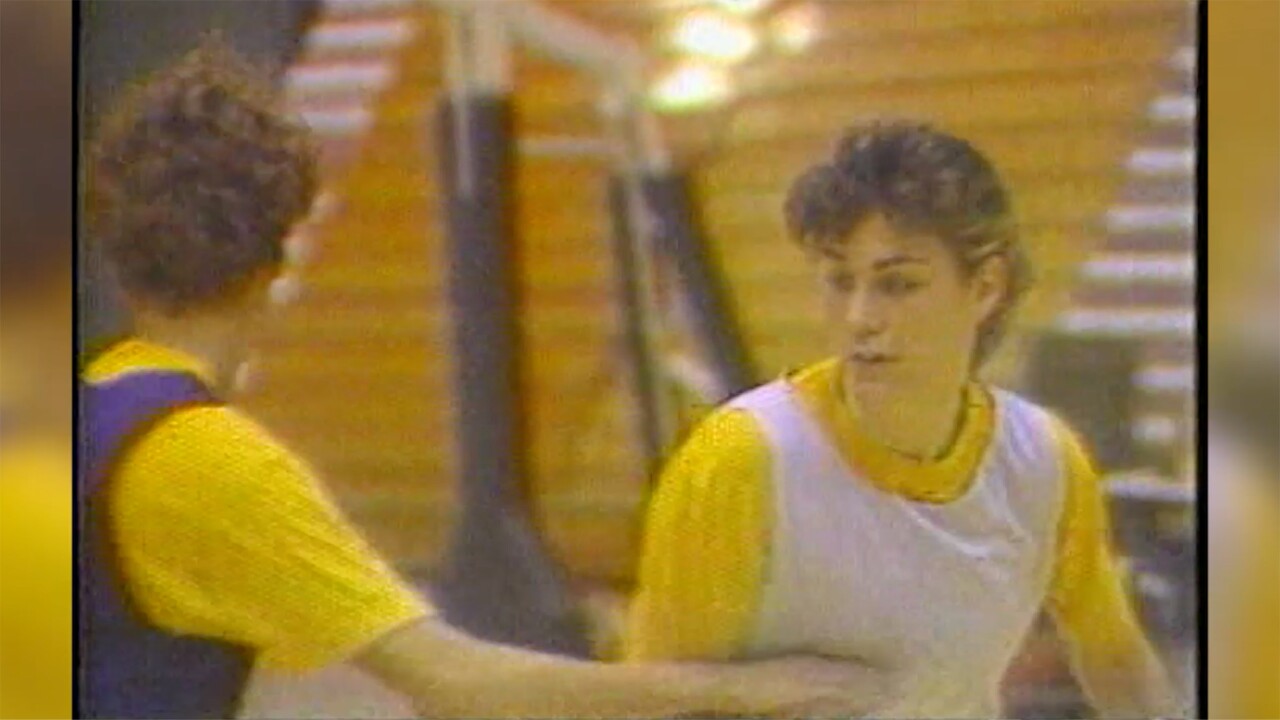 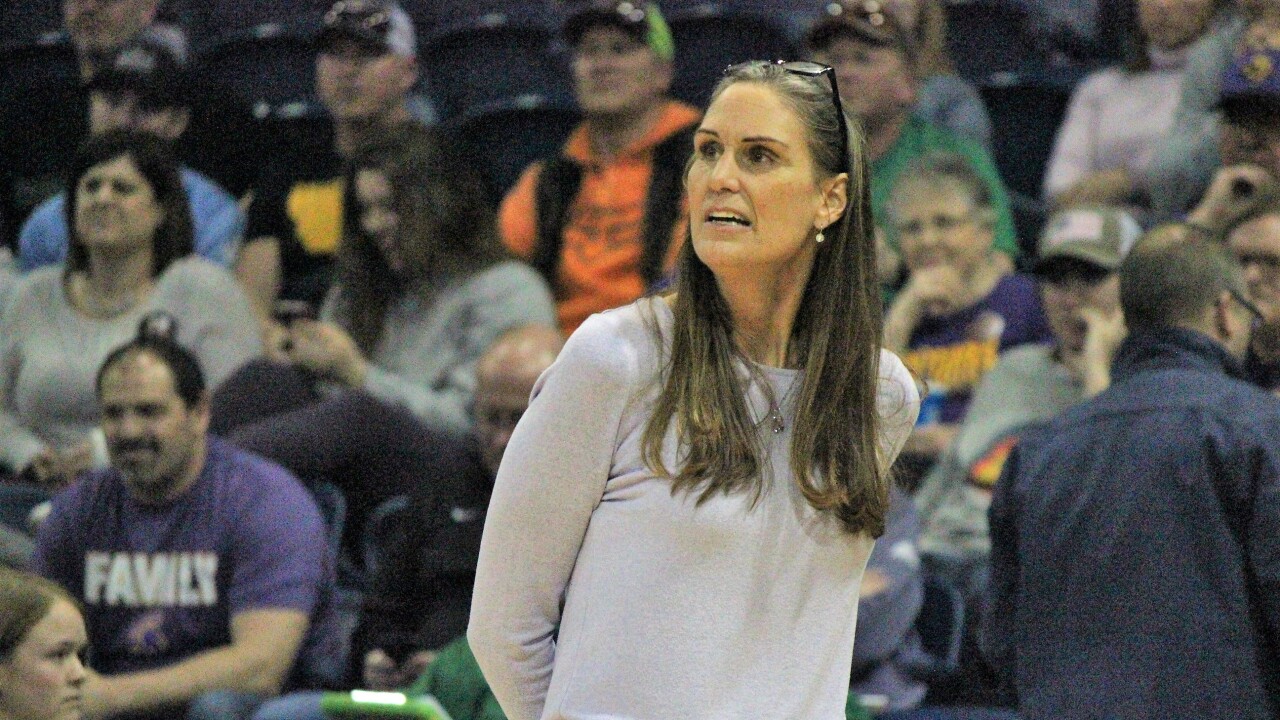 (Editor's note: MTN Sports is re-publishing the original stories from the #MTTop25, which launched in 2017 to profile some of the great girls basketball players in Montana history. Every Friday, we will unveil ‘all-decade teams’ that include athletes not profiled in the #MTTop25 countdown. Thus, players like Jill Barta, who graduated from Fairfield in 2014, and Shannon (Cate) Schweyen, who starred at Billings Central and Montana before ultimately coaching the Lady Griz, will not be featured on their respective decade teams. Those players will be featured in the top 25, regardless of era. Our intention is not to revise history, so we're not going to change the order in which the players were featured. However, some articles will include updates to reflect the latest developments in a player's career. This story was originally published on Aug. 10, 2017.)

When it comes to the resumes of Montana’s best female basketball players, there might not be a more complete body of work than what Karen Deden has been able to accomplish over her career. She starred at Missoula Sentinel High School and the University of Washington as a player and is now one of the state’s top high school coaches.

Deden dominated Class AA opponents in both basketball and volleyball during her high school career. She was a three-time all-state volleyball player and won three Class AA state championships while at Sentinel, but at the same time was recognized as one of the best basketball players in the nation. Deden was a four-year starter with the Spartans, twice advancing to the state championship game and winning the title in 1985. She scored 1,891 points and grabbed 1,268 rebounds during her career at Sentinel, setting school records in both. Her 1,268 rebounds are the fourth-most in state history, according to the Montana High School Association record books. Numerous publications, including USA Today, which considered the 6-foot-4 center the best post player in the country, named Deden an all-American. Deden was inducted into the MHSA Athletes’ Hall of Fame in 2001.

Deden is arguably the most highly touted girls basketball player ever to come out of Montana, and she elected to play her college basketball at the University of Washington. It didn’t take Deden long to acclimate to the college game: She averaged 11.0 points and 7.0 rebounds per game during the 1987-88 season on her way to earning co-freshman of the year honors in the Pac-10. The Huskies finished the season with a 25-5 record and advanced to the NCAA Tournament, where they lost in the regional semifinals.

All told, Deden scored 1,596 career points at Washington and grabbed 912 career rebounds, the fourth-most in program history. The versatile center made 51.8 percent of her field goals over her career, which is tied for the third-best mark in UW history. Her 29 career double-doubles rank third and 94 career blocks rank fifth. She led the team in blocks all four years of her career. Deden was inducted into the Husky Hall of Fame in 2000.

While at Washington, Deden was also selected to play for the U.S. Junior National Team during 1988. The team won the gold medal, edging Brazil 70-68, at the COPABA Junior World Championship Qualifying Tournament in Sao Paulo, Brazil, to become the first U.S. team to qualify for the FIBA Junior World Championship. Deden and her U.S. teammates traveled to Bilbao, Spain during the summer of 1989 and won three of seven games.

After her collegiate career, Deden enjoyed a professional career spanning eight years. She played overseas in Japan and France during the early 1990s before returning stateside to begin playing in the American Basketball League, the first independent professional women’s league in the United States. Deden played with the New England Blizzard, averaging 6.6 points and 4.0 rebounds per game over two seasons.

Deden turned to coaching once her playing days were finished and spent three years as an assistant coach at Oregon State. She took over the girls basketball program at Missoula Sentinel in 2000 and has guided the Spartans to Class AA state championships in 2012, 2013 and 2014.

Karen Deden: “My dad really played a long time ago, and him and his brother loved Kareem Abdul-Jabbar. It’s the old-school hook. For the time I played and the time Shannon (Schweyen) played, we were very versatile. I look around now and realize that being 6 foot, 4 inches and being versatile is really not walking around everywhere. I think that’s what was good: I could pass, I could catch, I played defense, I played hard, I was fundamentally sound. It’s funny because you talk to kids now and that inside the 3-point line game, it’s kind of gone away. You try to explain to them, ‘Yeah, I shot 60 percent inside the 3-point line. I think I graduated college at 58 percent.’ That’s gone away and kids need to be able to shoot those shots. It’s the 3-pointer or the layup when you watch games anymore. That mid-range game, not very many people can do it. You see it in the NBA and you see some male collegiate players, but even women’s collegiate players, it’s hard to find consistent players who can hit pull-up jumpers.

“We did lose in the state championship game when we were 23-0, which was a heart-breaker. I think you double-team people of my size. I think where you play, the position you play, the closer to the basket the more people they have to throw at you. I don’t know what my scheme would be (to defend Deden as a player), maybe a little bit of a (3-2 zone) and try to pressure the guards so much that they couldn’t see me.”

Former Montana Lady Griz Shannon Schweyen: “She’s 6 foot, 3 inches anyhow, but she has such long arms and long leverage and one of the most beautiful hook shots, right and left, I’ve ever seen. You absolutely couldn’t touch it. We played Washington there and then they came back here, and we had some good rivalries against them. She was very talented and she still plays city league. She’s coaching my daughters, which is such a neat circle of life, as well, to see the way things all come together. She’s been involved in their lives since they were little. I think she’s coached them since they were fourth graders and been part of their success and helping teach them about basketball. It’s a blessing for me to see there’s consistency in the high school program and that they’re playing for someone who knows basketball and really supports women’s athletics.”

Former Montana coach Robin Selvig: “Oh sure, I would have loved to have Karen. Karen had a great high school and college career. Obviously her size and skill, she was good away from the basket, too, but better in the high-post area and around the basket. She went to a really good program, and I think they did (go to) the Elite Eight one year, maybe the Sweet 16. She was unstoppable in high school and a really good all-around player in college. There aren’t that many 6-(foot)-4 or 6-5 ones we can talk about in Montana.”