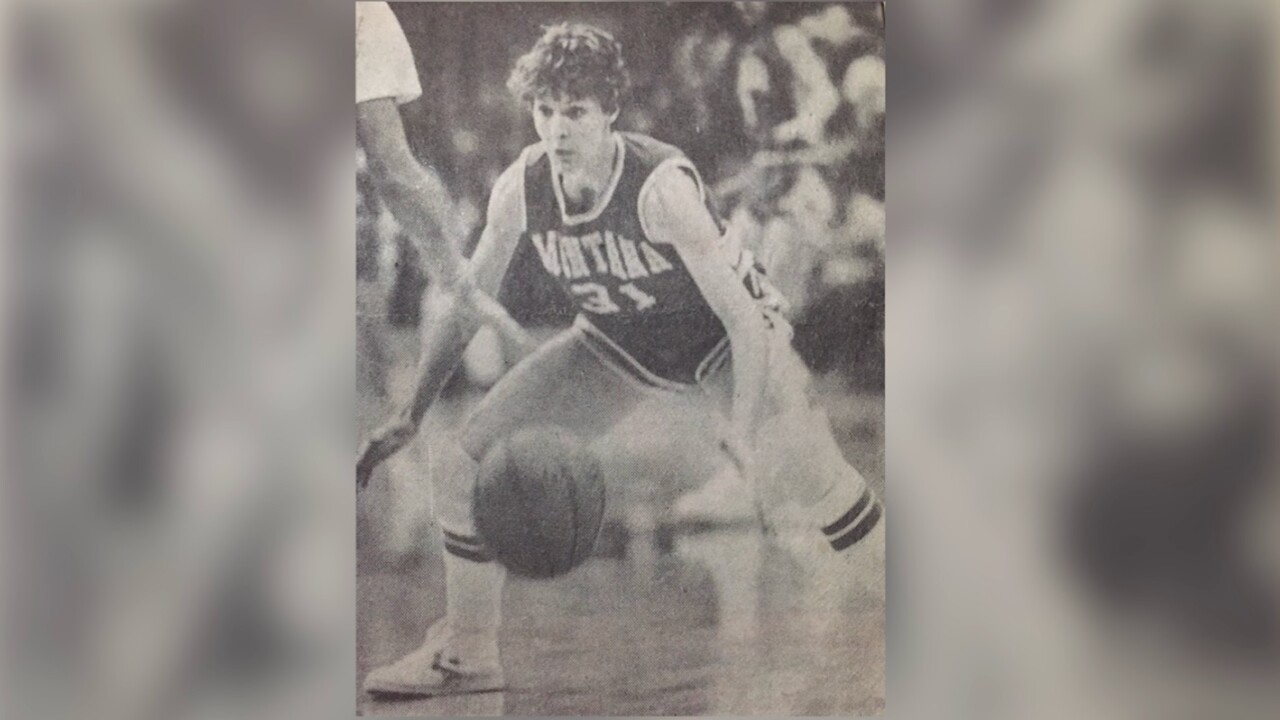 (Editor's note: MTN Sports is re-publishing the original stories from the #MTTop25, which launched in 2017 to profile some of the great girls basketball players in Montana history. Every Friday, we will unveil ‘all-decade teams’ that include athletes not profiled in the #MTTop25 countdown. Thus, players like Jill Barta, who graduated from Fairfield in 2014, and Shannon (Cate) Schweyen, who starred at Billings Central and Montana before ultimately coaching the Lady Griz, will not be featured on their respective decade teams. Those players will be featured in the top 25, regardless of era. Our intention is not to revise history, so we're not going to change the order in which the players were featured. However, some articles will include updates to reflect the latest developments in a player's career. This story was originally published on July 20, 2017.)

Cheri Bratt grew up playing basketball against the boys, learning a physical brand of basketball that served her well at the high school and collegiate levels. Bratt has her name all over the record books at Kalispell Flathead High School and the University of Montana, where she became one of the best defenders in Lady Griz history.

A 1980 graduate of Flathead High, Bratt is still the school’s all-time leader in career assists, rebounds and steals. Her 325 career steals are in the top 20 all-time in the Montana High School Association record books, too. Bratt was a three-time all-state selection in track and field and basketball, where she was also a four-time all-tournament team at the Class AA state tournament. She was inducted into the school’s Hall of Fame in 2014.

Bratt continued to demonstrate her defensive prowess at Montana, leading the team in steals all four years of her career (the 1980-81, 1981-82, 1982-83 and 1983-84 seasons). She finished with 301 career steals, which is the most in UM history and would be second in Big Sky Conference history if Bratt played in the Big Sky. She played for the Lady Griz when they were in the Mountain West Conference, earning all-conference honors in 1982-83 and 1983-84.

During Bratt’s career, Montana posted a 96-21 overall record, including a 48-4 conference mark (the Lady Griz went undefeated in league play during her sophomore and senior seasons), winning four conference titles. The team advanced to the NCAA Tournament in Bratt’s junior and senior seasons, defeating Oregon State in 1984 to advance to the second round, where the Lady Griz lost to Southern California. Bratt led the team in scoring in both tournament games.

Bratt finished her career with 1,196 career points, ranking 17th on UM’s all-time list. In addition to her program-record 301 career assists, Bratt totaled 488 career assists (fifth-most all-time) and 500 made field goals (10th). She played professionally in West Germany and was inducted into the Montana Grizzly Sports Hall of Fame in 1995.

Cheri (Bratt) Roberts: “I played probably a little bit like a boy back then: driven, passionate. I knew what I wanted. I knew I wanted to play college basketball, and I did everything that I could to get there.

“I don’t think you can teach a lot of aggression. You’re kind of born with it. My thing was to get the ball at all costs, so whatever it took. I was sneaky, I could read the court pretty well, I knew where the ball was going to go, I had quick hands, I took chances. I prided myself in playing defense, which I think (former Lady Griz coach Robin Selvig) appreciated, because he was a lot more defensive-oriented back when I played. I just think it’s something that I came by naturally. Even when I coached my kids, I would be like, ‘Just go get the ball. Just get the ball.’ That’s all I would tell them. ‘Just grab onto it.’

“I remember when I came in as a freshman to U of M, I remember calling my mom and saying, ‘I don’t think I was even playing basketball, I’ve learned so much.’ That progression of playing junior high with the boys – where it was a little more physical, maybe not as much skill involved, just physical – had a great high school career, but I learned so much when I got to Rob. Just the team aspect of it, the defense, and I just felt my game really elevated once I got with Rob. I always had that passion, I just believed that my skill got a lot better.”

Cheri’s daughter, Olivia, who played at the University of Wyoming: “I just remember seeing the one tape that I’ve always seen over and over, is of her making the winning shot, I guess it was against Weber State, and she fell on the floor crying. That’s the only video I’ve ever seen. I’ve seen her stuff in the Hall of Fame at the Adams Center, and then, of course, playing against her in the driveway. We beat up on each other a few times. I think we stopped playing back in middle school, because it got a little too physical a few times.

“She always taught me how to play basketball, so we always did the same moves against each other. We would always both do a step-through move. One of the last times I played her, I did her move against her, I did the step-through move, and I came through with my elbow, and I just knocked her right in the nose and gave her a bloody nose. So that was the last time we ever played against each other. But we always went back and forth. It was fun after we were done, but during it was very serious.”