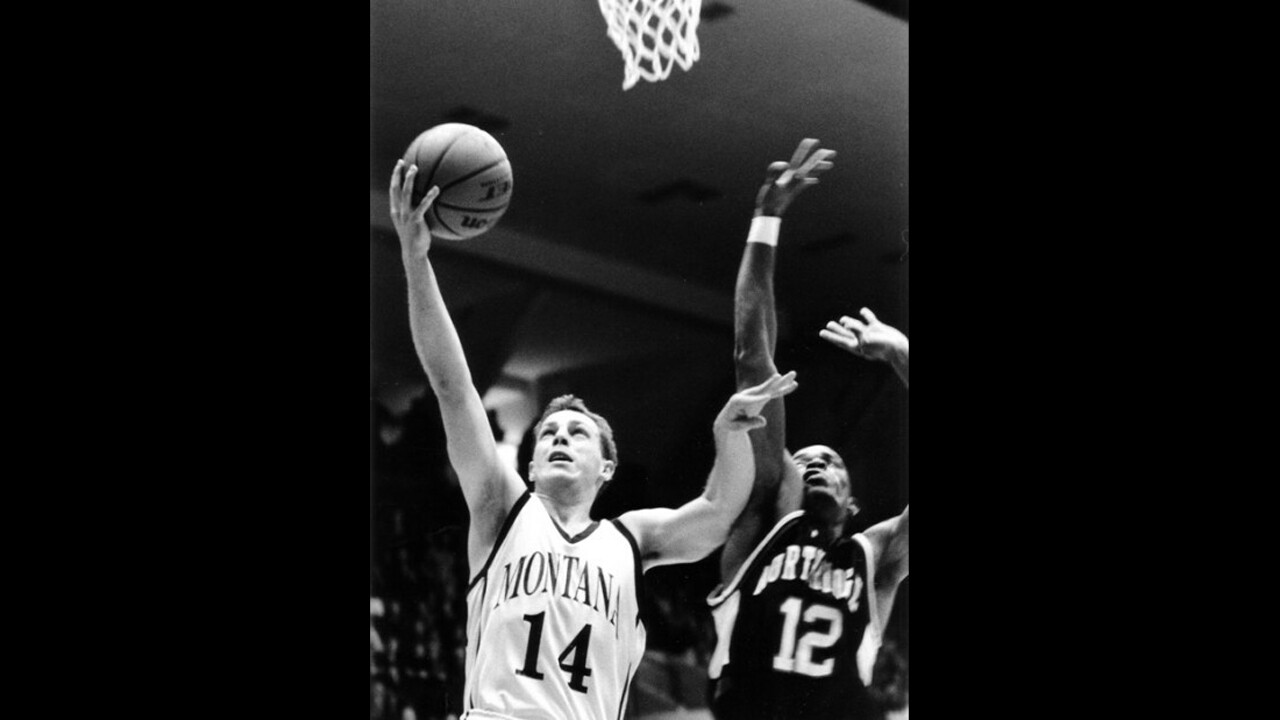 (Editor's note: While we're faced with a sports-less world during the coronavirus pandemic, MTN Sports is going to re-publish the original stories from the #MTTop50, which launched in 2016 to profile some of the great boys basketball players in Montana history. The first six weeks of the series separated players by decade, beginning with athletes from 2010-present that first week. The sixth week, athletes from the 1960s, ‘50s and earlier were profiled. The weeks between featured five players each from the 2000s, 1990s, 1980s and 1970s. Players like Tres Tinkle, who graduated from Missoula Hellgate in 2015 and is currently playing at Oregon State, and Wayne Estes, who starred at Anaconda and Utah State in the 1960s, were not featured in their respective decades. Those players will be profiled in the top 20, regardless of era, which MTN Sports began with Reece Gliko. You can find a full rundown of the 30 players featured the first six weeks by clicking here. Our intention is not to revise history, so we're not going to change the order in which the players were featured. However, some articles will include updates to reflect the latest developments in a player's career. This story was originally published on Aug. 18, 2016.)

Over the past 10 weeks, the MTN Sports team has introduced you to some of the best boys basketball players from decade to decade. During the early stages of the project we realized there would be more athletes than there were spots in our #MTTop50, so we decided to include honorable mention athletes to each decade.

The same thought process was used for the final top 20 – athletes from any era of Montana basketball who were the greatest in the state’s history.

From AJ Longsoldier to Mike Warhank, we wanted to recognize five honorable mention athletes who were strongly considered for our top 20.

AJ Longsoldier, Hays-Lodgepole – Longsoldier was a star in the making at Hays-Lodgepole. He helped the Thunderbirds to a Class C third-place finish as a freshman. One year later, he was crowned Most Valuable Player after averaging 21 points per game and guiding the T-birds to the Class C state title. Longsoldier passed away in 2009.

Jim Meredith, Anaconda – Meredith starred for Anaconda Central in the 1960s and was recruited to Washington State University by Jud Heathcote, who would later guide the Montana Grizzlies and Michigan State Spartans. Meredith was selected by the Cleveland Cavaliers in the 10th round (153rd overall) of the 1971 draft.

Jake Stuart, Kremlin-Gildford – Stuart helped Kremlin-Gildford to back-to-back Class C state championships in 1998 and 1999, earning state tournament MVP honors each season. The 1999 Gatorade Player of the Year suited up for the Montana Grizzlies before transferring to Rocky Mountain College, where he had a fine career for the Battlin’ Bears.

Wayne Synan, Hinsdale – Synan is credited for leading Hinsdale to its lone state basketball championship in 1988. Along with teammates Dustin White and Bill Dreikosen, among others, Synan sparked the Raiders past Daren Engellant and Geraldine in the 1988 Class C state title game. His 36 points led the way. Synan totaled 90 points in three games during the tournament.