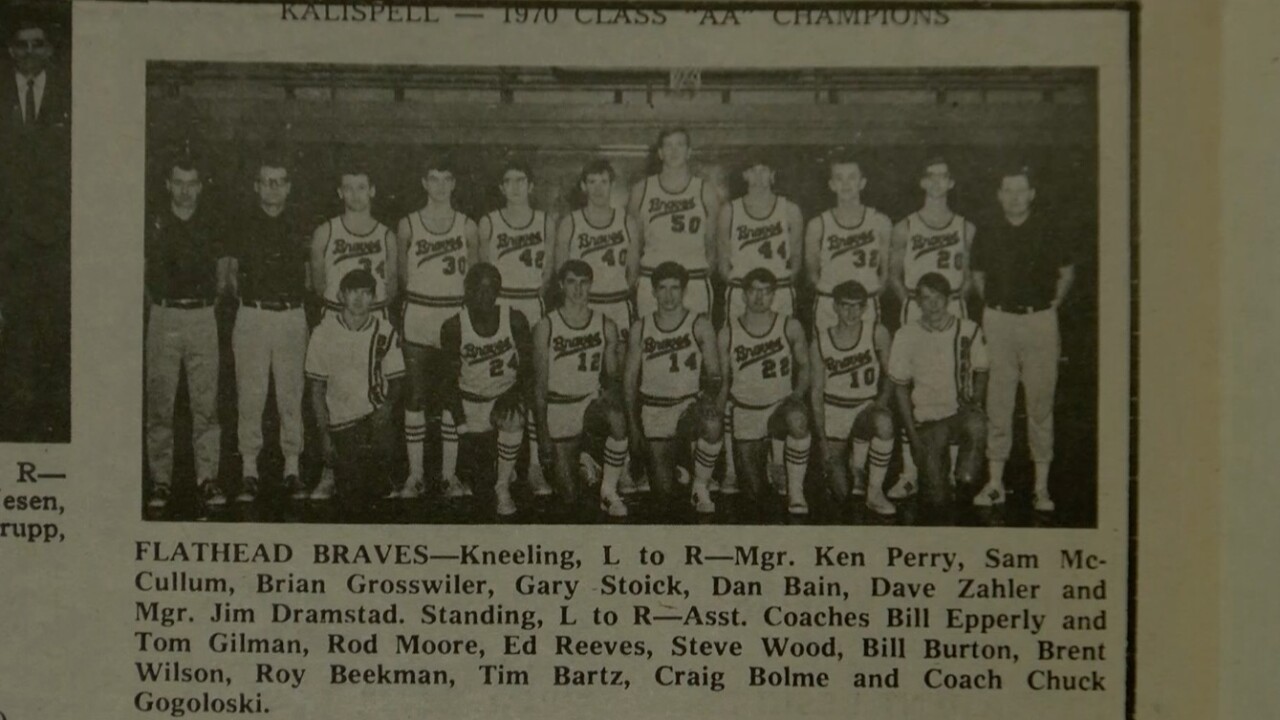 (Editor's note: While we're faced with a sports-less world during the coronavirus pandemic, MTN Sports is going to re-publish the original stories from the #MTTop50, which launched in 2016 to profile some of the great boys basketball players in Montana history. The first six weeks of the series separated players by decade, beginning with athletes from 2010-present that first week. Last week, athletes from the 1960s, ‘50s and earlier were profiled. The weeks between featured five players each from the 2000s, 1990s, 1980s and 1970s. Players like Tres Tinkle, who graduated from Missoula Hellgate in 2015 and is currently playing at Oregon State, and Wayne Estes, who starred at Anaconda and Utah State in the 1960s, were not featured in their respective decades. Those players will be profiled in the top 20, regardless of era, which MTN Sports begins ranking today. You can find a full rundown of the 30 players featured the past six weeks by clicking here. Our intention is not to revise history, so we're not going to change the order in which the players were featured. However, some articles will include updates to reflect the latest developments in a player's career. This story was originally published on July 26, 2016.)

Elite big men dominated the Montana high school basketball scene in the 1960s and 1970s. The rules were such that teams almost needed a dominant post presence to compete for championships, and Brent Wilson was one of the best of the era. Despite a stellar high school career at Kalispell, Wilson’s college career at Montana State and then Colorado State never really took off.

Kalispell has a solid history of great Montana basketball players, but Wilson, a 6-foot-11, 250-pound center, tops the Braves’ record books. He’s the program’s all-time leading scorer and rebounder with 1,930 points and 1,328 rebounds and owns three of the top five single-season scoring marks. Wilson earned all-state honors in 1968, 1969 and 1970, as Kalispell advanced to the state championship each year. Wilson was at his best as a senior, though. He scored 703 points and grabbed 417 rebounds, both of which are single-season records at Kalispell. After losing in the Big 32 championship in 1968 (to Wolf Point) and ’69 (to Laurel), the Braves finally broke through to claim the title in 1970. Wilson scored 51 points in the championship to help lead Kalispell to an 80-63 win over Helena High. The 51 points are the most ever scored in a championship in Montana high school history.

Wilson was heavily recruited by former Montana State coach Roger Craft, who left the program in 1969. Gary Hulst replaced Craft and enlisted Craft’s help in getting Wilson to the Bobcats. Wilson joined the program out of Kalispell but ultimately ended up transferring to Colorado State, where he graduated in 1975.

Former Montana State coach Roger Craft: “We actually had watched him and tracked him all the way from the eighth grade. I used to travel the state quite a bit, and every time we would stop in there we would have to visit with he and his folks. Got to be pretty well-known together and such. Then the year I got out, they decided maybe I ought to help make sure he got (to MSU). Then of course, he ended up leaving and going down to Colorado State. I didn’t have anything to do with him on the campus or anything. The only time was, after one of the freshman games, he was just coming out and we were coming in, had been out in the lobby a little bit, and he asked me what I thought. I said, ‘You better be glad that I’m not there, because if you didn’t work any harder than you have been, I would have had a size 14 (shoe) up your rear-end.’ My wife said, ‘Brent, if he was coaching, you probably wouldn’t think he was quite as nice of guy as you do now.’ So we had quite a laugh with him.

“I think he used his size well. He was not extremely motivated, in terms of really going full-time all the time. I think some people expected him, just because of his size, to be able to do more things. So he got a little pressure from that standpoint. He really, I think – my way of thinking – needed to do a lot more running and lose a little of the weight to be a little more effective. He had a great touch, that’s the thing. And of course, that body, he was pretty good-sized in this league.”