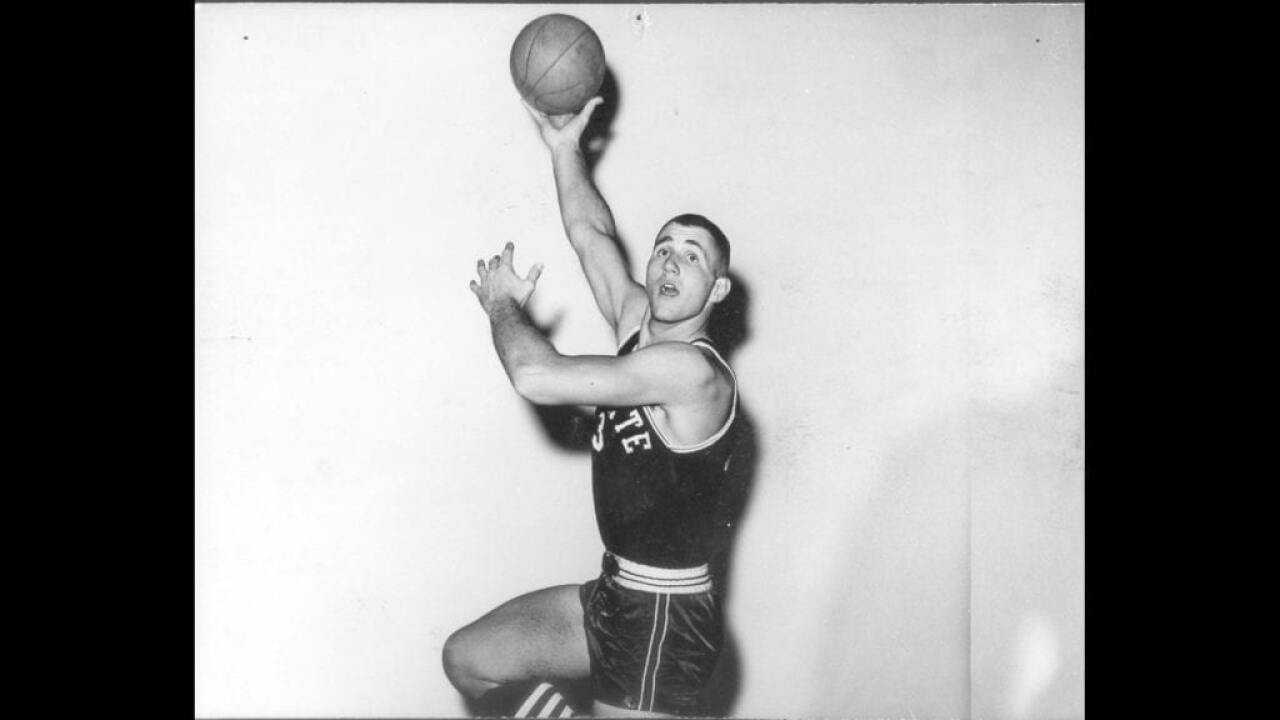 (Editor's note: While we're faced with a sports-less world during the coronavirus pandemic, MTN Sports is going to re-publish the original stories from the #MTTop50, which launched in 2016 to profile some of the great boys basketball players in Montana history. The first six weeks of the series separated players by decade, beginning with athletes from 2010-present that first week. The sixth week, athletes from the 1960s, ‘50s and earlier were profiled. The weeks between featured five players each from the 2000s, 1990s, 1980s and 1970s. Players like Tres Tinkle, who graduated from Missoula Hellgate in 2015 and is currently playing at Oregon State, and Wayne Estes, who starred at Anaconda and Utah State in the 1960s, were not featured in their respective decades. Those players will be profiled in the top 20, regardless of era, which MTN Sports began with Reece Gliko. You can find a full rundown of the 30 players featured the first six weeks by clicking here. Our intention is not to revise history, so we're not going to change the order in which the players were featured. However, some articles will include updates to reflect the latest developments in a player's career. This story was originally published on Aug. 18, 2016.)

When basketball fans in Montana discuss the best players in state history, Wayne Estes’ name is always at the top of the discussion. Spectators and sports journalists have used hundreds of glowing terms to describe Estes’ play – especially in college at Utah State – but one is more frequently used than the rest: magical.

Estes was one of the best players in all of college basketball while playing at Utah State in the 1960s, but he got his start in Anaconda. Estes was a three-sport star, also playing football and throwing the shot put and discus in track and field. He won state titles in both field events as a senior in 1961 and still holds the Anaconda school shot put record with a distance of 59 feet, 4.5 inches.

But basketball was Estes’ calling, and he became more dominant the older he got. He was a two-time all-state player for the Copperheads, leading them to the Class AA state tournament as a junior and senior. He scored 34 points in a two-point semifinal loss to Missoula in the 1960 tournament, and Anaconda finished fourth. The next year, the ‘Heads defeated Billings for the third-place trophy. Estes led all scorers with 110 points in four games, including 31 against Billings in the consolation game and 33 in a loser-out win over Butte Central.

A good, not great, player in high school, Estes was reportedly passed over by both Montana and Montana State. Their losses were Utah State’s gain, where Estes reached another level, including all-America honors in 1965. He owns the Aggies’ records for rebounds in a single game (28 against Regis) and points in a single game (52 against Boston College) and season (821 during the 1963-64 season). He averaged 33.7 points per game as a senior in 1964-65, second only to Rick Barry of Miami, and 26.7 for his career. Both marks top the Utah State record books.

He became the 18th player in college basketball history to score more than 2,000 points, scoring his 2,001st career point as part of a 48-point performance against Denver just hours before his death on Feb. 18, 1965. Estes was electrocuted when he walked into a down power line. He was 21.

Estes, who many consider one of the best shooters ever to play the game, would have undoubtedly been a high selection in the 1965 NBA draft. The Los Angeles Times reported that the Lakers, who used a territorial pick on future NBA all-star Gail Goodrich, favored Estes.

Former Montana State star Tom Storm: “His senior year, he was probably one of the better players in the state, there’s no doubt. … And Utah State got him down there and got him on the weight program and got all that baby fat off of him, and he turned into one of the best shooters that ever, ever played the game. He had a feather touch, unbelievable shot.

“When I was a freshman (at Montana State) and couldn’t play and got to watch him, (Utah State was) down by one point with about, I don’t know, 10 seconds left, and they had the ball out underneath their basket. And they called timeout and set up a play. And the play they set up for Estes for a last-second shot was, he started on one side at the free throw line extended, probably started there, from right to left, got about three screens, and he got it on the baseline on the other side from where he left for a 15-foot hook shot. That’s what they set up for him. He had such a great hook shoot. I’ll never forget that as long as I live. People wouldn’t believe that, but that’s the shot they set up. Of course he hit it, and they won.”

Former Carroll College coach Gary Turcott: “He was a scoring machine. He was a little overweight in high school. Montana and Montana State passed on him, so he went to Utah State and killed everybody. He just was a monster player, all-American. I was told he was going to be the second player chosen in the draft, behind Rick Barry, before he was killed. He had slimmed down, become a lot more athletic, had a knack for scoring and knew how to play. I would have people picture Rick Barry and you could get a good idea of how good Estes was.”

Former Montana player and Missoula Hellgate coach Eric Hays: “Wayne Estes, all I remember about him, is the fact that he was a heck of a scorer at Utah State. I was a young basketball player at the time he was killed, and I lived in the state of Oregon, and I can remember the stories and everything that came out about Wayne Estes. It would have been interesting to see, had he not suffered that fatal accident, where he would have ended up. I’m sure he would have been an NBA player at some level and had success there.”