#MTTop50 No. 14: Size led to success for Daren and Kevin Engellant 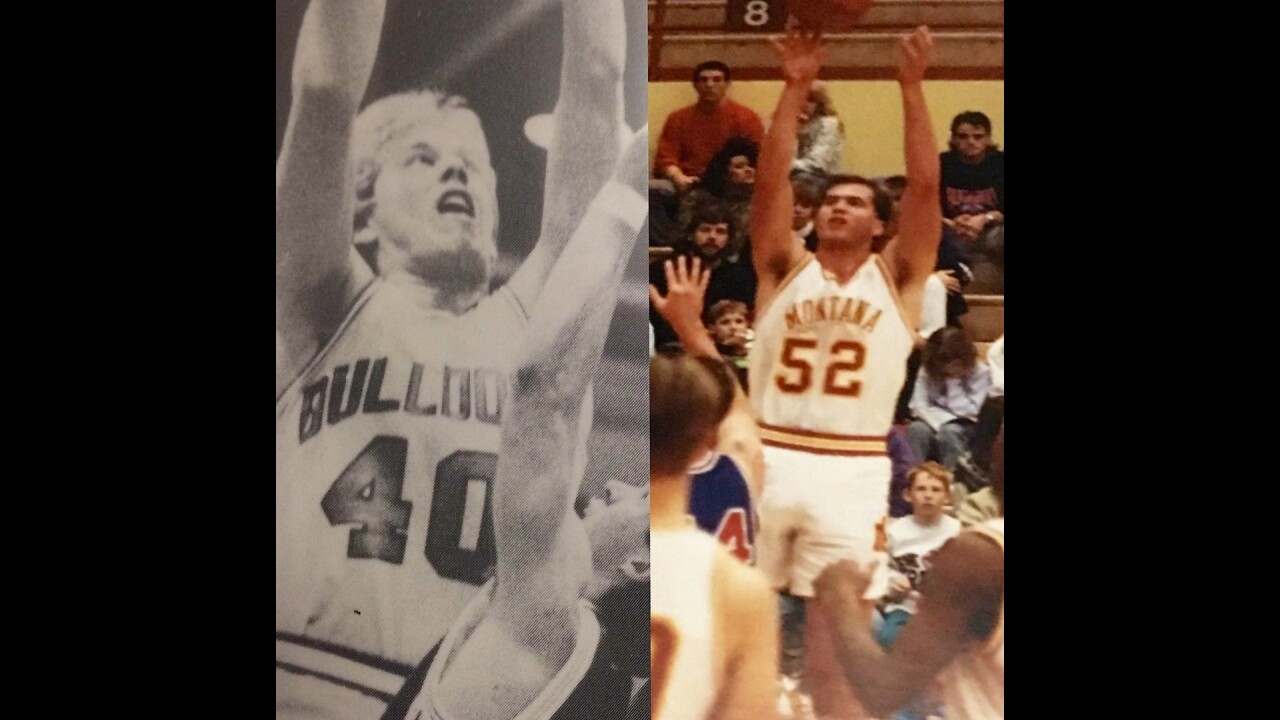 (Editor's note: While we're faced with a sports-less world during the coronavirus pandemic, MTN Sports is going to re-publish the original stories from the #MTTop50, which launched in 2016 to profile some of the great boys basketball players in Montana history. The first six weeks of the series separated players by decade, beginning with athletes from 2010-present that first week. The sixth week, athletes from the 1960s, ‘50s and earlier were profiled. The weeks between featured five players each from the 2000s, 1990s, 1980s and 1970s. Players like Tres Tinkle, who graduated from Missoula Hellgate in 2015 and is currently playing at Oregon State, and Wayne Estes, who starred at Anaconda and Utah State in the 1960s, were not featured in their respective decades. Those players will be profiled in the top 20, regardless of era, which MTN Sports began with Reece Gliko. You can find a full rundown of the 30 players featured the first six weeks by clicking here. Our intention is not to revise history, so we're not going to change the order in which the players were featured. However, some articles will include updates to reflect the latest developments in a player's career. This story was originally published on Aug. 2, 2016.)

No. 14 – Daren and Kevin Engellant, Geraldine

Throughout our countdown of the top 50 boys basketball players in Montana history we have met athletes who were rivals, teammates, coaches and pupils. At No. 14 on our list, we meet the first brothers to play in the same era, dominant big men from Geraldine – Daren and Kevin Engellant.

Daren Engellant helped lead Geraldine to the 1988 Class C state championship game where the Tigers fell in triple overtime to Hinsdale. Engellant fouled out in the contest. He ranks fifth in Montana high school history in both field goal percentage (63.2 percent) and rebounds (1,174). He also is tied for 10th with 426 rebounds in a single season.

As a member of the Montana Grizzlies, Engellant was a three-time all-conference selection (1990, 1991, 1992) and led the program in rebounding in three of his four seasons, tallying more than 200 boards in each of those years. He led the Griz in blocked shots in each of his four seasons and held the program and Big Sky Conference record with 212 blocked shots. That record has since been broken by fellow Montana post Brian Qvale. Engellant’s seven blocks against Boise State in 1991 remain a program single-game record.

Engellant scored 1,224 points in his Montana career, which still ranks 15th in program history. He earned the Allan Nielsen award as the player who best represents Griz basketball twice. He continued his playing career for eight years overseas.

Kevin Engellant’s name is littered throughout the Montana High School Association record book. His 1,305 career field goals attempted ranks 10th in state history. He made 743 of those shots, which is good for sixth-best all-time. He is also ranked eighth and ninth, respectively, in free throws made (377) and free throws attempted (526). He joins younger brother Daren on the career rebound leaders list with 1,058 (seventh).

Engellant scored 1,423 points at Montana Western (Western Montana College) and snagged 550 rebounds during his career, good for an average of around 16 points and six rebounds per game. During his time with the Bulldogs, he was honored as an all-conference and all-district athlete and was named academic all-conference all four years. Kevin Engellant was inducted into the Montana Western Hall of Fame in 2003.

After college, Engellant coached the Dillon girls to the 1995 Class A state championship. He was named Class A coach of the year.

Former Geraldine boys basketball coach Darrell Holland: “I remember I wasn’t in town for about a week or two, and I remember their dad getting a hold of me, and he was wanting access to the gym. Geez, it just rolls from there. In a Class C school, how lucky are you when you have a family and two boys in a family and one ends up 6-10, 6-11, and the other one 6-6? I can remember in the summers, I can remember those two in the gym sometimes five, six hours a day. And what happens then, it’s contagious. When they’re playing ball like that, then you get their buddies that come in. The first thing you know, you have 10-15 kids. We got the ball rolling.

“It made me proud. I can remember Kevin, Kevin was recruited by Montana State and the University (of Montana). Probably the difference was Daren was four or five inches taller than Kevin, but both of them had the same kind of skills. They could both shoot the ball extremely well. Daren’s size took him to kind of another level. Kevin had a great career at Western. He was an all-conference, maybe all-American player at Western. I know that they made the NAIA playoffs two or three times while he was there. He had a lot of success there, and went on to have a great coaching career at Beaverhead County High School. He coached girls, I think girls is kind of where he made a name and then coached the women’s team at Western, also. Daren played ball at the University of Montana, had a great career there. Was a rebounder and shot blocker on a couple real, extremely good teams that they had at the university. And then he went on and played professional ball. Played in the CBA, I think, and then he played over in Europe for several years. He played probably close to seven, eight, nine years.”

Former Geyser boys basketball coach Doug Robison: “They were skilled, and they both worked on having more than just a simple turnaround jump shot or a lay-up in their repertoire of basketball moves. Both of them were interested in going on and playing college basketball, so they knew that they had to kind of move away from the basket a little bit. I think Kevin did a really good job of doing that. His skills took him outside of 15 feet, outside of the key. And Daren really worked on having a left hand, having a right hand, being able to go both ways to the basket. And they were really conscious about trying to play at the next level.”

Longtime high school referee and broadcaster Jeff Bolstad: “They both had good height, for Class C especially. Both on the same team like that, they were formidable. Obviously, Daren playing at the University of Montana was a lot bigger. He was an inside presence, no question about it. His brother that played at Western, Kevin, he was the power forward type and he could play, too. Both on the same team, I’m telling you, they were tough. I’m not sure how they got beat by Absarokee because that’s a formidable opponent. But the Walker boys were tough, too.”