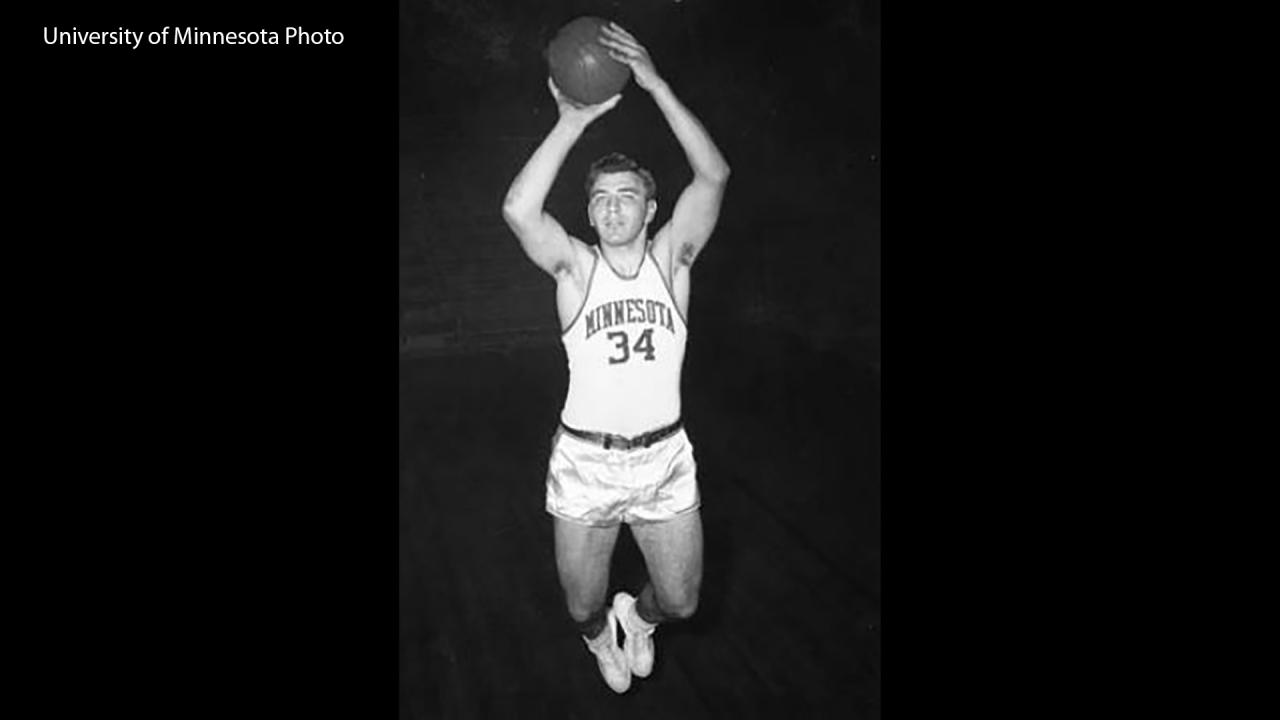 (Editor's note: While we're faced with a sports-less world during the coronavirus pandemic, MTN Sports is going to re-publish the original stories from the #MTTop50, which launched in 2016 to profile some of the great boys basketball players in Montana history. The first six weeks of the series separated players by decade, beginning with athletes from 2010-present that first week. The sixth week, athletes from the 1960s, ‘50s and earlier were profiled. The weeks between featured five players each from the 2000s, 1990s, 1980s and 1970s. Players like Tres Tinkle, who graduated from Missoula Hellgate in 2015 and is currently playing at Oregon State, and Wayne Estes, who starred at Anaconda and Utah State in the 1960s, were not featured in their respective decades. Those players will be profiled in the top 20, regardless of era, which MTN Sports began with Reece Gliko. You can find a full rundown of the 30 players featured the first six weeks by clicking here. Our intention is not to revise history, so we're not going to change the order in which the players were featured. However, some articles will include updates to reflect the latest developments in a player's career. This story was originally published on Aug. 16, 2016.)

From guys like the polarizing – but unquestionably effective – Reece Gliko, who began MTN Sports’ top 20 countdown of the best players in Montana history, to the larger-than-life Elvis Old Bull, who checked in at No. 5, the #MTTop50 has featured some of the most talked about figures in the state’s basketball lore. Ed Kalafat is not frequently mentioned when fans discuss Montana’s best players. But he should be.

Kalafat has the distinction of being Montana’s highest-drafted player in the NBA or ABA. He was selected with the ninth overall pick in the 1954 ABA draft by the Minneapolis Lakers after stellar careers at Anaconda and the University of Minnesota.

Kalafat was an all-state football and basketball player at Anaconda, accumulating 1,561 career points – even more than the late great Wayne Estes, who will be featured in the #MTTop50’s top three players of all-time. Kalafat helped lead the Copperheads to the 1948 state championship – the last in program history – and helped Anaconda break in ‘The Snake Pit,’ scoring the first-ever points in the now legendary gymnasium.

Against Kalafat’s wishes, his father – with an assist from Hall of Famer George Mikan – convinced Kalafat to attend the University of Minnesota, where he starred for the Gophers for three seasons. He started at center all three years, appearing in 66 career games, scoring 954 career points, and earning all-Big 10 honors in 1952, 1953 and 1954. Kalafat averaged 15.9 points and 9.2 rebounds per game as a sophomore to lead the team in both categories during the 1951-52 season. His scoring average dropped the next two years – to 15.5 ppg as a junior and 12.0 as a senior – but he was named the team MVP as a senior. Kalafat led the team in rebounding all three years, averaging 10.3 boards per game as a junior and 9.7 as a senior. He was a National Association of Basketball Coaches all-district choice each season. Minnesota finished third in the Big 10 all three years.

Kalafat joined the military after his playing days and had a long career in banking. He still lives in Saint Paul, Minn., with his wife of 62 years.

“I look back. Somebody says, ‘What’s your best time?’ When I was a sophomore we played Kentucky, and it was my first game. Kentucky was the defending national champion, and I ended up getting 38 points. That was a highlight. There was another game that we played Butte High School. I ended up with more points than Butte’s team totally. I think I got something like 42 points. The best game I had against Kentucky was 38. But there was another game in Billings where at halftime – and you could do zone defense at the time – but we were ahead 27-13 and all of a sudden Billings went into a stall. And I had all 27 points and ended up with about 32. You can go back and reminisce about a lot of things.

“We had a coach by the name of Mike O’Leary (at Anaconda). … Mike was a type of guy that was a no-nonsense guy. He treated you good. Every once in a while, we would play zone defense. But he didn’t like the zone defense, he thought everybody ought to play man-to-man. And bring the ball down and set up the play. When he had the fast break, he took advantage of it. He had four or five plays we ran quite often, but he’s a great guy. Best coach I ever had. If I had to pick a coach – I played for John Kundla with the Lakers, Ozzie Cowles with the Gophers. I was fortunate enough to play two East-West games where one was the Kentucky coach (Adolph Rupp), the Cats. In my mind, there wasn’t a coach equal to Mike O’Leary.

“I’m a Croatian, it’s a nationality. And George Mikan is a Croatian. I visited with Minnesota twice – they brought me back for two different visits. But St. Paul-Minneapolis was a big city, I was so lost and I really wasn’t anxious to go there. And Mikan wrote a letter to my dad in Croatian. And my dad was 6-(foot)-3 and about 245 (pounds) and just solid muscle, and he said, ‘You’re going to Minnesota.’ I said, ‘I don’t want to go to Minnesota.’ He said, ‘I didn’t ask if you wanted to go there.’ He said, ‘George is there. You’re going to go there.’ And so that’s how I ended up in Minnesota.

“You couldn’t dunk (in the ABA). At one time, the basket was only eight feet high, and they raised it to 10 feet. And we were part of that. We got involved with it – I guess it was my last year, we played in the first game that they put the 24-second rule in. We played against the Knicks in Madison Square Garden. And at that time, too, the Lakers were a dominant team. They won the championship the last three years (1952, 1953 and 1954) or something like that. But it was a lot of fun.”