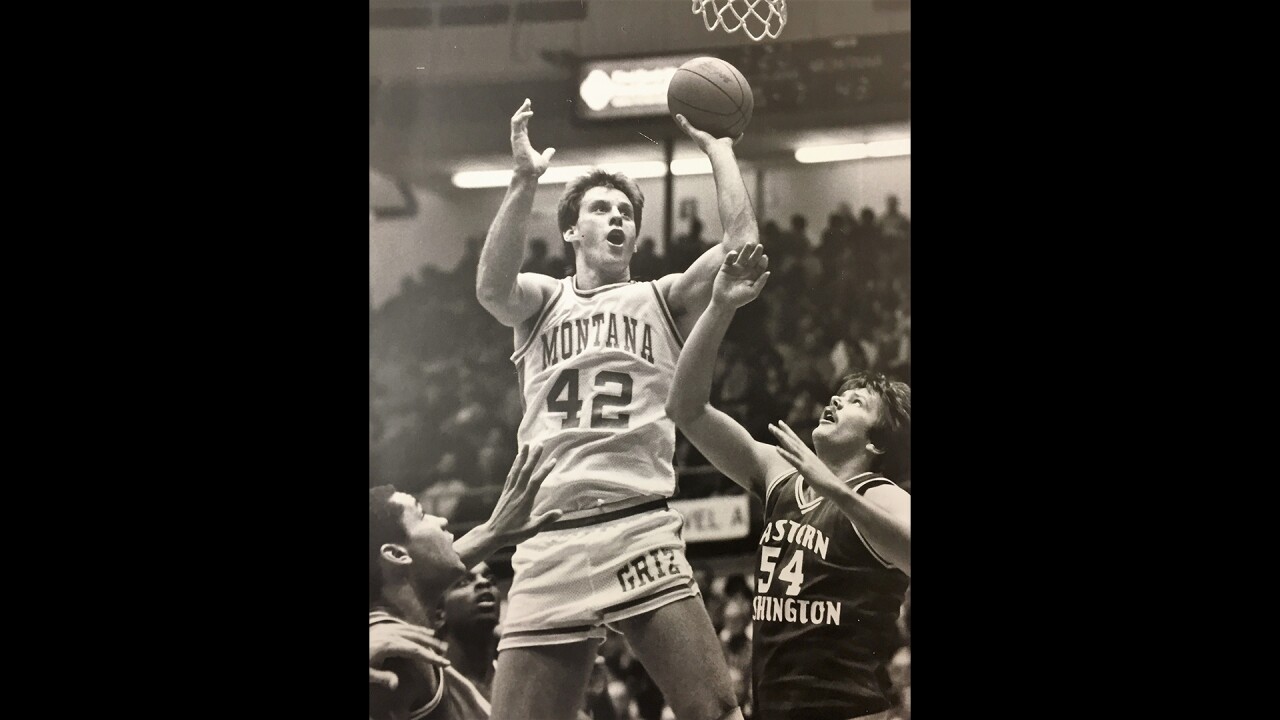 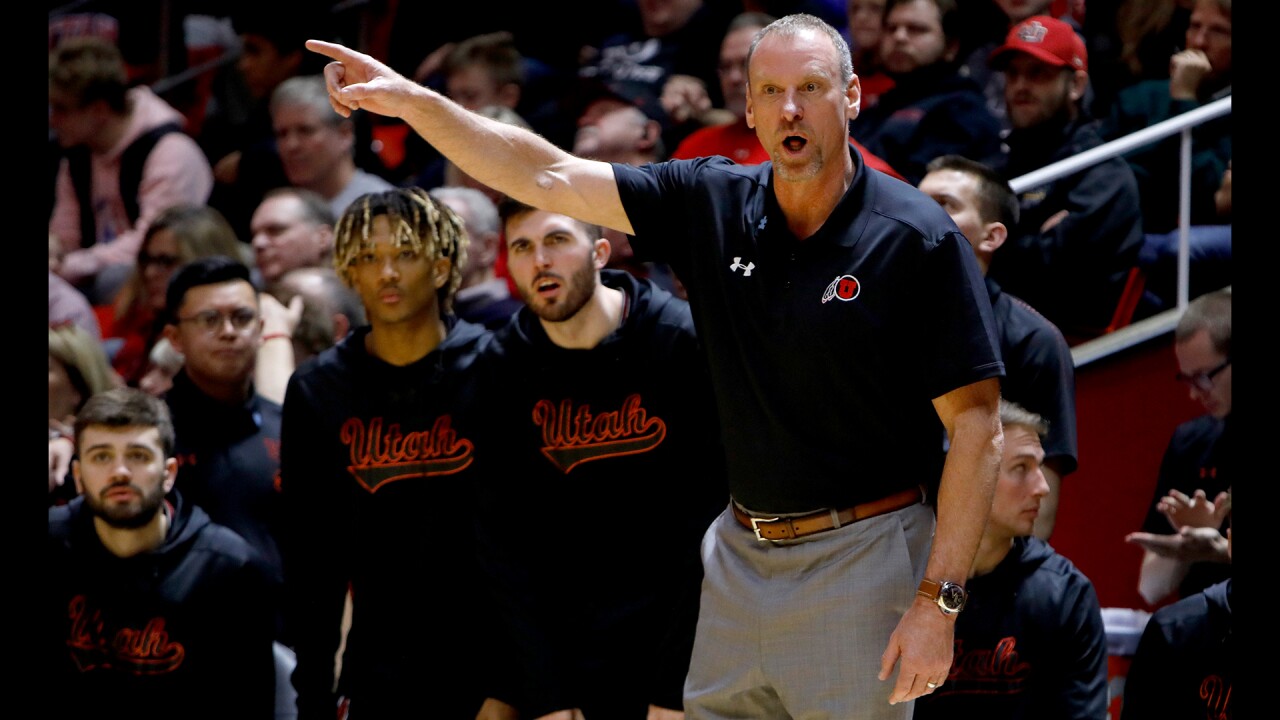 (Editor's note: While we're faced with a sports-less world during the coronavirus pandemic, MTN Sports is going to re-publish the original stories from the #MTTop50, which launched in 2016 to profile some of the great boys basketball players in Montana history. The first six weeks of the series separated players by decade, beginning with athletes from 2010-present that first week. The sixth week, athletes from the 1960s, ‘50s and earlier were profiled. The weeks between featured five players each from the 2000s, 1990s, 1980s and 1970s. Players like Tres Tinkle, who graduated from Missoula Hellgate in 2015 and is currently playing at Oregon State, and Wayne Estes, who starred at Anaconda and Utah State in the 1960s, were not featured in their respective decades. Those players will be profiled in the top 20, regardless of era, which MTN Sports began with Reece Gliko. You can find a full rundown of the 30 players featured the first six weeks by clicking here. Our intention is not to revise history, so we're not going to change the order in which the players were featured. However, some articles will include updates to reflect the latest developments in a player's career. This story was originally published on Aug. 17, 2016.)

All of the players on the #MTTop50 had stellar high school careers, which they followed with varying degrees of success at the college and professional levels. Many had better high school careers than Larry Krystkowiak, but none can match the success and longevity Krystko has had post-high school.

Krystkowiak transferred to Missoula Big Sky from Shelby after his sophomore year of high school and made an instant impact for the Eagles. He was a two-time all-state player, helping Big Sky advance to the Class AA state tournament both years. Despite only playing for the Eagles for two years, Krystkowiak owns the program’s single-game (23), single-season (381) and career (640) rebounding records. He also has the program’s single-season scoring record with 530 points.

An exemplary student, Krystkowiak had offers to play college basketball all over the country, but he signed with his hometown Montana Grizzlies. He played sparingly as a freshman, but he burst on to the Big Sky Conference scene as a sophomore during the 1983-84 season when he led the Grizzlies in points and rebounds to earn all-conference honors and the Big Sky Conference most valuable player award. Krystko followed that season with two more spectacular seasons, again leading the Griz in points and rebounds as a junior and senior on his way to getting two more conference MVP awards. He’s UM’s all-time leader in points (2,017) – he’s the only player with more than 1,900 – and rebounds (1,105) – only player with more than 900. He ranks third all-time in Big Sky Conference history.

The Chicago Bulls selected Krystkowiak with the fourth pick of the second round (28th overall) of the 1986 NBA draft, one spot behind Dennis Rodman. Krystko enjoyed a nine-year NBA career, playing for six teams and posting career averages of 8.2 points and 4.9 rebounds per game. He spent four seasons with the Milwaukee Bucks, including his best year in 1988-89 when he averaged 12.7 points and 7.6 rebounds per game.

After his playing days, Krystkowiak entered the coaching ranks, getting his first head job at his alma mater. He guided the Grizzlies to two Big Sky Conference championships and NCAA Tournament berths, going 18-13 in 2004-05 and 24-7 in 2005-06. As a No. 12 seed, Montana upset fifth-seeded Nevada in the first round of the 2006 tournament.

Kryskto left Montana for a job as an assistant coach with the Bucks in 2006. He took over as the head coach for one season (2007-08) and served as an assistant with the New Jersey Nets before returning to the college ranks. Krystkowiak took over at the University of Utah in 2011 and has turned the Utes into Pac-12 contenders. They went 26-9 during the 2014-15 season (losing in the Sweet 16) and 27-9 in 2015-16, when they were upset by Gonzaga in the second round of the NCAA tournament.

Former Missoula Hellgate head coach/current assistant coach Eric Hays: “Honestly, with Larry Krystkowiak, he was a great collegiate player. High school-wise, he was a good player. Larry did not dominate the high school scene like he did actually when he got to the college level. And I don’t know if part of it was just because at the collegiate level he could use his strength and everything more than at the high school level. When you’re 6-(foot)-8, 6-9 in high school, you bump a kid, you’re called for a foul. In the collegiate game and the NBA, that’s encouraged. Larry did not dominate offensively. He was a very talented player. You look at where he came in his junior and senior year, Big Sky’s first two years of existence, he gets them to the state tournament both years. That’s good, I mean, he did a great job there. But if you look at what he did in college and going to the NBA and everything else, you would’ve thought that in high school he would have averaged 25 points a game and 15 rebounds. He didn’t do those kind of things, and he didn’t dominate the high school scene. But he was a talented, talented player.

“You look at him and you look at his work ethic – again I didn’t see it like I saw Tres (Tinkle’s) – but I would guess Larry was maybe not that devoted, because 30 years ago, guys didn’t spend that kind of time. But you put him in the weight room and you give him the strength that he gained at that point (at Montana). Because I can still remember, honestly, I was talking with Mike Montgomery at the time, this was after Larry’s freshman year at the University. Derrick Pope had just been named MVP of the Big Sky Conference, a heck of a player here. I was talking to Mike that spring and said, ‘Boy, it’s going to be tough to replace Pope.’ He said, ‘I’ve got somebody better than him already.’ I said, ‘Who?’ He told me Krystkowiak. I said, ‘You’re kidding me.’ He said, ‘No. We can’t stop him in practice. We can’t stop him in the open gyms.’ I don’t know if he was a three-time MVP of the Big Sky, but he came out his sophomore year and just dominated people.”

Former Carroll College coach Gary Turcott: “He played at Missoula Big Sky High School and in the spring of his senior year he was playing against the Grizzlies, who he had signed with and could play open gym with them. Mike Montgomery, who was the coach at the time and later became the coach at Stanford, he told me, ‘Larry Krystkowiak was the best player he was ever going to coach.’ That was when Larry Krystkowiak was still in high school. That’s how dominating Larry was. He was a power forward for the Grizzlies, 6-foot-7, 240 pounds and a great scorer inside and outside. He was intense. It’s hard to describe how hard he played and how vicious he was out there. His will to win, he parlayed that into a great career in the NBA and is now a red-hot coach for the Running Utes of Utah.”