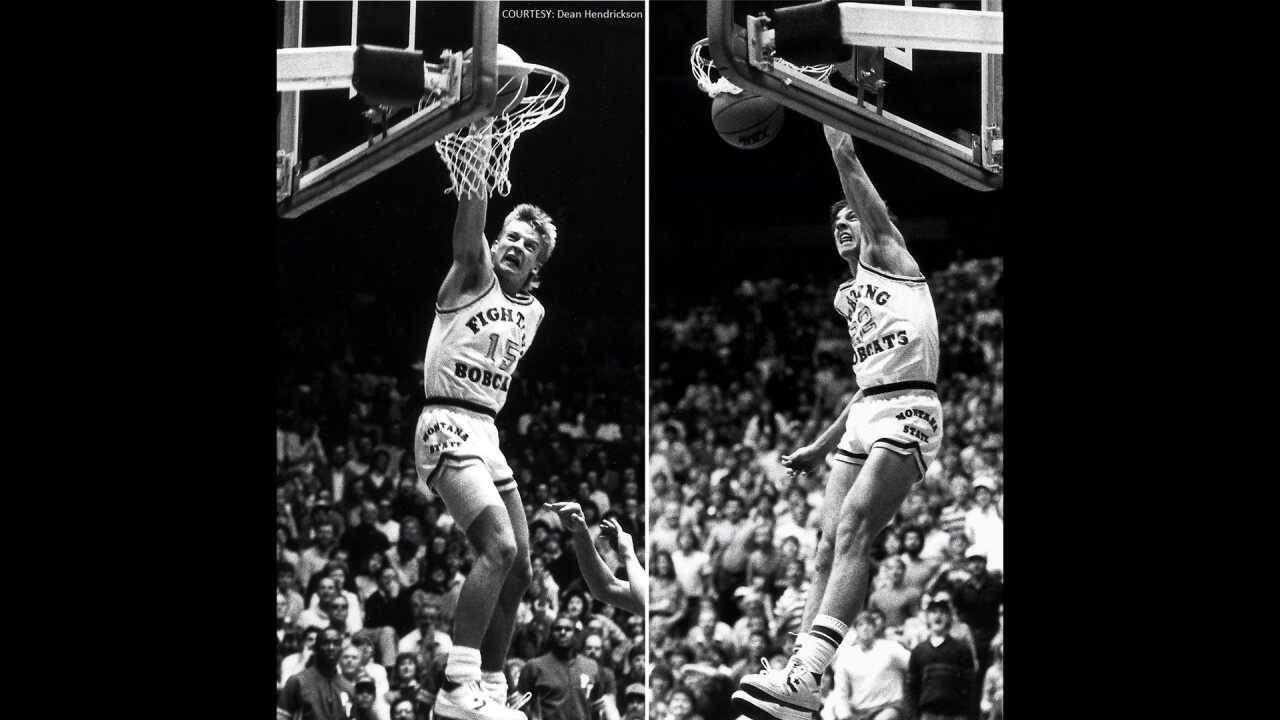 (Editor's note: While we're faced with a sports-less world during the coronavirus pandemic, MTN Sports is going to re-publish the original stories from the #MTTop50, which launched in 2016 to profile some of the great boys basketball players in Montana history. The first six weeks of the series separated players by decade, beginning with athletes from 2010-present that first week. The sixth week, athletes from the 1960s, ‘50s and earlier were profiled. The weeks between featured five players each from the 2000s, 1990s, 1980s and 1970s. Players like Tres Tinkle, who graduated from Missoula Hellgate in 2015 and is currently playing at Oregon State, and Wayne Estes, who starred at Anaconda and Utah State in the 1960s, were not featured in their respective decades. Those players will be profiled in the top 20, regardless of era, which MTN Sports began with Reece Gliko. You can find a full rundown of the 30 players featured the first six weeks by clicking here. Our intention is not to revise history, so we're not going to change the order in which the players were featured. However, some articles will include updates to reflect the latest developments in a player's career. This story was originally published on Aug. 4, 2016.)

If Geraldine brothers Kevin and Daren Engellant were the top siblings of Class C in the 1980s, Kral and Shann Ferch were making their last name known in the world of Class A. Known simply as the “Flying Ferch Brothers" Kral and Shann are remembered for their leaping abilities and explosive dunks, which led to championships at the high school and college level.

The Ferch brothers joined forces with their head coach father, Tom, to lead Livingston (Park) to the Class A state championship in 1983 – a 104-64 blowout victory over Deer Lodge. It remains the most lopsided basketball championship in Montana High School Association history. Kral was named the top prep athlete his senior season and still ranks sixth all-time in the Montana high school record books for his 16.4 rebounds per game.

Shann is also in the MHSA record books – his 28.7 points per game in 1984-85 are the ninth-best single-season mark in history. He is also tied for the 10th position on that list after averaging 28.3 points per game the season before. Livingston also took the Class A state championship in 1985, a 99-97 victory over Butte Central.

The “Flying Ferch brothers" took their talents to Bozeman and Montana State where Kral was twice named all-Big Sky Conference and academic all-conference. After averaging 16.1 points per game in 1986, his junior season, Kral led the Bobcats to a surprising first-place finish in the Big Sky Conference championships. He scored 54 points in the final two tournament games – upset wins over Northern Arizona and Montana. His dunk against St. John’s in the NCAA Tournament is among the best plays in Montana State’s athletic history.

Kral finished his career in 14th on MSU’s all-time scoring list (1,314 points). He also ranked second in career field goal percentage and seventh in free throws made. After he graduated, his brother Shann transferred to Pepperdine University in California to finish his career.

Kral Ferch was inducted into the Montana State Athletics Hall of Fame in 2011. He was featured in Sports Illustrated during his Bobcat career where the magazine referred to him as “an eyeful."

… on the Ferch brothers:

Former Montana State men’s basketball coach Mick Durham: “What stands out for me about Kral, other than the obvious athletic ability he brought to Montana State, were two things: one was how competitive he was, never backing down from anyone; second was how he made the transition from playing center in high school to small forward in college without skipping a beat. He learned running the wing, defending the smaller guy, and also became a very good 3-point shooter. He was a complete player."

Longtime referee and broadcaster Jeff Bolstad: “The thing about the Ferch boys is that their dad was the coach, Tom was his name, and they played firehouse basketball – get up and down the court. Kral could leap through the ceiling of any gymnasium he was put into and Shann could shoot it. Between the two of them and whatever supporting cast they had – they didn’t always have much of a supporting cast – and it would be a good game.

“(Kral) didn’t have the height that (Tres) Tinkle does, but he could shoot it out there. He could probably jump higher. You saw that in the NCAA Tournament first round when they played St. John’s – when the Cats made it in there. Right off the bat Kral dunks in the face of Walter Berry, who was in contention for player of the year. That was a highlight, for sure, for a Montana boy."