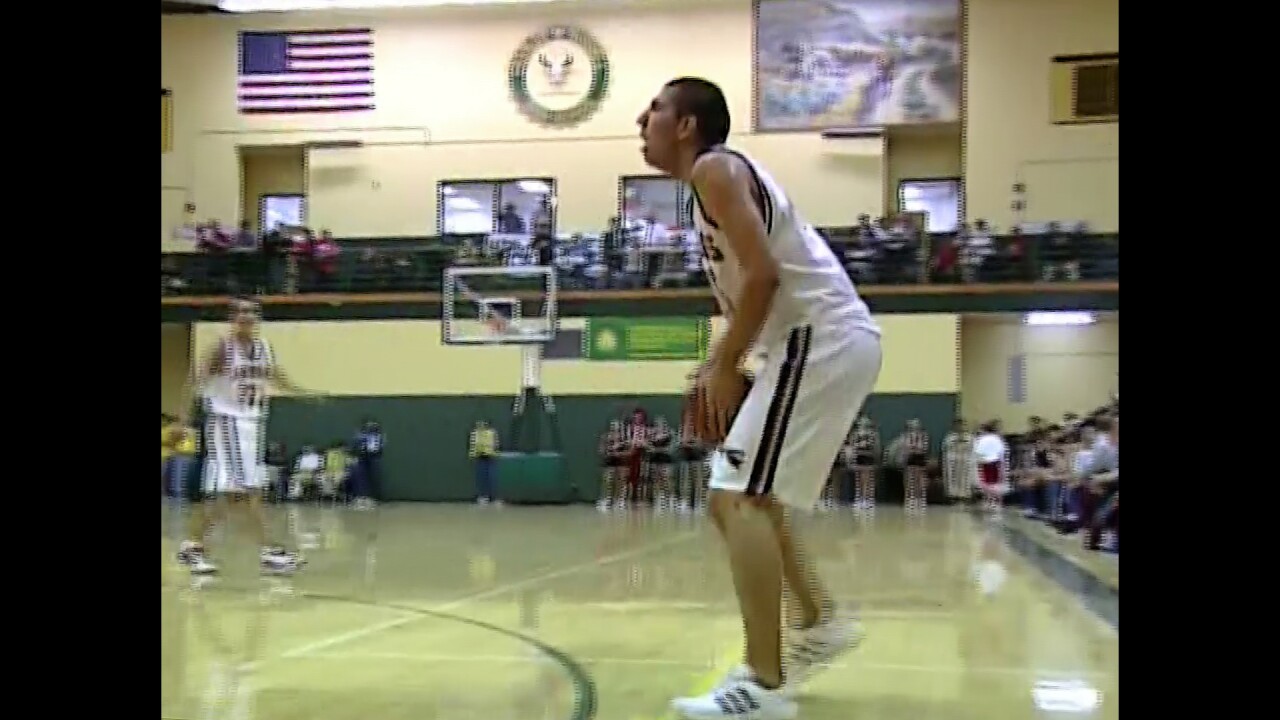 (Editor's note: While we're faced with a sports-less world during the coronavirus pandemic, MTN Sports is going to re-publish the original stories from the #MTTop50, which launched in 2016 to profile some of the great boys basketball players in Montana history. The first six weeks of the series separated players by decade, beginning with athletes from 2010-present that first week. Last week, athletes from the 1960s, ‘50s and earlier were profiled. The weeks between featured five players each from the 2000s, 1990s, 1980s and 1970s. Players like Tres Tinkle, who graduated from Missoula Hellgate in 2015 and is currently playing at Oregon State, and Wayne Estes, who starred at Anaconda and Utah State in the 1960s, were not featured in their respective decades. Those players will be profiled in the top 20, regardless of era, which MTN Sports begins ranking today. You can find a full rundown of the 30 players featured the past six weeks by clicking here. Our intention is not to revise history, so we're not going to change the order in which the players were featured. However, some articles will include updates to reflect the latest developments in a player's career. This story was originally published on July 27, 2016.)

Few players in Montana’s high school basketball history can match the resume Mike Chavez put together at Heart Butte and Browning. He guided the Warriors to Class C state championships his sophomore and junior seasons in 2000 and 2001 before transferring to Browning for his senior year, where he helped the Indians win the Class A state title in 2002.

Chavez made an immediate impact on the hardwood, earning all-state honors as a freshman at Heart Butte. It wasn’t until the end of that freshman year and into his sophomore year, though, that Chavez became a household name across the Treasure State. He helped lead Heart Butte to back-to-back Class C state championships, earning State C MVP honors both years. The Warriors met Lame Deer in an undefeated semifinal showdown at the 2000 state tournament in what many consider to be one of the great games in Montana history. Chavez scored 27 points and grabbed 14 rebounds as Heart Butte advanced to the championship. He followed that up with a massive game of 35 points and 19 rebounds in the Warriors’ championship win over Gardiner. As a junior, Chavez averaged 22.5 points (on 67 percent shooting), 7.5 rebounds and two blocks per game in leading Heart Butte to another title (and another tournament MVP award). Chavez transferred to Browning the next year, adding his third state title and tournament MVP to his trophy case. All told, Chavez was a four-time all-state selection, three-time state champion and tournament MVP, Midland Roundtable Montana-Wyoming all-star selection and three-time USA Today Montana Player of the Year (2000, 2001 and 2002).

He was heavily recruited coming out of high school but opted to stay in-state at the University of Montana. He started six games as a freshman, but he was suspended during the year after an arrest for drunken driving. He dropped out of school, only to eventually return in 2004. Despite his modest stats – Chavez never averaged more than 4.4 points per game during a season – he became a crowd favorite. He played three seasons for the Grizzlies before embarking on a brief professional career in the Continental Basketball Association.

Box Elder coach Jeremy MacDonald: “I was in Missoula (when Chavez played at Heart Butte and Browning). My brother (Kyle MacDonald) actually played in Heart Butte. My brother was a senior and Mike was a junior. My brother was a point guard on the second championship team they had in Heart Butte. … They were just kind of dominant. I think, with the size they had, they were pretty imposing. I would probably say that some people were probably a little intimidated when they played those Heart Butte teams. Mike, he could get the rebound and take the ball, dribble and get a lay-up on the other hand. He had a real good handle, could knock down the 3. He just had a great all-around game. And then he went to Browning and took Browning to another level. … Mike went there and they won that state title. That was pretty cool that he could go to Browning and win a state title – won two in Class C and then one in Class A.

“Our basketball players are seen as role models for our younger kids and kind of inspire older people, too. So then to see somebody play high school ball, play at the Division I level, have success with the Grizzlies and then go back to a tribal community and be able to provide some positive leadership for young people, that’s huge. I think kids are going to be looking up to that person. That person’s got experience and stories that they can share with younger kids to hopefully inspire them to go accomplish something in life and then maybe make a positive impact on their community when they grow up and be adults. Mike is an excellent role model in that capacity. He’s a hero to a lot of people from different communities, because he’s got connections in different tribal communities. He’s got connections in Blackfeet country, he’s got connections down in Cheyenne, so it’s pretty cool that he’s gone back to where his roots are and has been able to make a difference there.”