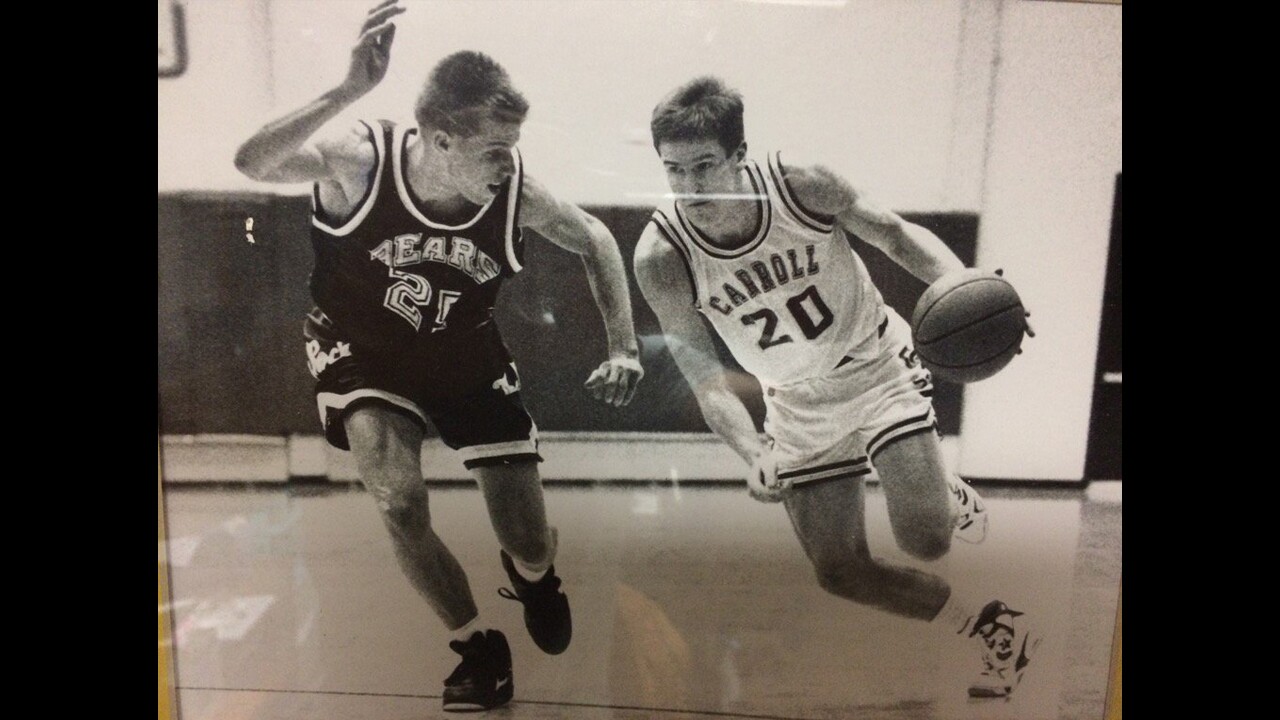 (Editor's note: While we're faced with a sports-less world during the coronavirus pandemic, MTN Sports is going to re-publish the original stories from the #MTTop50, which launched in 2016 to profile some of the great boys basketball players in Montana history. The first six weeks of the series separated players by decade, beginning with athletes from 2010-present that first week. The sixth week, athletes from the 1960s, ‘50s and earlier were profiled. The weeks between featured five players each from the 2000s, 1990s, 1980s and 1970s. Players like Tres Tinkle, who graduated from Missoula Hellgate in 2015 and is currently playing at Oregon State, and Wayne Estes, who starred at Anaconda and Utah State in the 1960s, were not featured in their respective decades. Those players will be profiled in the top 20, regardless of era, which MTN Sports began with Reece Gliko. You can find a full rundown of the 30 players featured the first six weeks by clicking here. Our intention is not to revise history, so we're not going to change the order in which the players were featured. However, some articles will include updates to reflect the latest developments in a player's career. This story was originally published on Aug. 3, 2016.)

The 1987 Class B state tournament is considered one of the most entertaining in Montana’s history. All four games on Friday, two loser-out and two semifinal, played into at least one overtime. That included the Browning versus Plains thriller which sent the Horsemen to the championship game. Bill Pilgeram’s layup at the end of regulation to force overtime is arguably one of the biggest plays to hit the Treasure State’s hardwood.

Pilgeram helped guide Plains to the Class B state tournament his junior season after averaging 12 points per game and shooting 40 percent from the floor. The Horsemen were eliminated from that tournament without winning a single game. The following year, Pilgeram increased his scoring to 23 points per game and improved his shooting percentage to 60 percent, again guiding the program to an undefeated record entering the tournament.

Against Browning in the semifinals, Pilgeram took advantage of a missed Runnin’ Indian free throw and went coast-to-coast to tie the game with a layup at the end of regulation. Plains would edge Browning in the extra minutes and eventually beat Wolf Point in the championship, capping a perfect 24-0 season.

After competing in the Montana-Wyoming all-star series – helping the Treasure State to a sweep – Pilgeram redshirted at Gonzaga University for one season. He transferred to Carroll College for the 1988-89 season and remains the program’s all-time leading scorer with 2,515 career points. Pilgeram’s 24.9 career points per game are also the best in Carroll history, as is his 1989-90 average of 28.6 ppg.

Pilgeram leads the Carroll record books in career field goals made (855) and attempted (1,494). He was also savvy at getting to the free throw line, making a Carroll-record 501 free throws during his career. Widely considered one of the best pure shooters in Frontier Conference history, Pilgeram is the best 3-point shooter to play for Carroll, sinking 305 of 564 career triples (54 percent). He earned all-conference honors all four seasons and was named the league MVP in his final three years with the Fighting Saints.

Pilgeram began his coaching career in Colville, Wash., where he stayed for six seasons before moving to Helena to coach the Helena Capital boys. After compiling a 95-75 record over eight seasons with the Bruins, he resigned to spend time with his family. Weeks later he was named head coach of the Capital girls, where his oldest daughter was set to be a freshman on the team. Pilgeram has guided the Lady Bruins to two runner-up finishes (2007, 2013) and one state championship (2015).

(UPDATE: Pilgeram was named the head women's basketball coach at Corban University in May of 2018. In his first season, he guided the Warriors to a 25-10 record, advancing to the NAIA Division II national tournament.)

Former Carroll College men’s basketball coach Gary Turcott: “I wasn’t very smart when I got the job, but I knew I was coaching the best player I was ever going to coach. … He was the best player to ever play at Carroll College. He shot over 50 percent from the 3-point line his junior and senior year with everybody in the country switching and tripling and jumping out on screens. He was just basically unstoppable. If he got a good look and the ball came off his hand, I was just shocked if he missed it. He got up really high and had a shot that was hard to contest. He could score inside. He was a big-time athlete. He was a 6-foot-8 high jumper in high school. He played point guard. He was a 6-foot-4 point guard for us. Like I said, he was the best basketball player ever to play at Carroll.”

Former Great Falls CMR boys basketball coach Mike McLean: “I just remember Pilgeram was a kid, I never saw a pure shooter like he was and I’ve never seen a kid at that time who was so athletic. He had long strides and could go to the basket as well. I remember vividly in the semifinals against Browning he got the ball on a missed free throw and took the ball with one dribble – it seemed like one dribble, I’m sure it was two dribbles or three dribbles, but it seemed like one dribble – and he laid it in at the buzzer and they (eventually) beat Browning. That was an upset at that time. He was a very pure shooter, a very good player and I coached against Bill many years after that. He was a great coach also. But at that time, he was as athletic a kid that I had seen in Class B at that time playing basketball. And he went on to have a great career at Carroll.”

“I think when I first got back to Helena and was coaching boys, they knew a lot of my story because it was more recent. I think a lot of the girls I coach would be shocked to go back and realize the career I had. Really I’m just Coach P to them. I’m willing to challenge any of them to a game of P-I-G or H-O-R-S-E, but I don’t think they have any impression what that was like. My daughters, I think, look back and hear some stories and stuff. They know. They, of course, grew up with that, ‘Oh, you’re Bill Pilgeram’s daughter’ type of thing. But I don’t think they knew what that meant when they were little.”