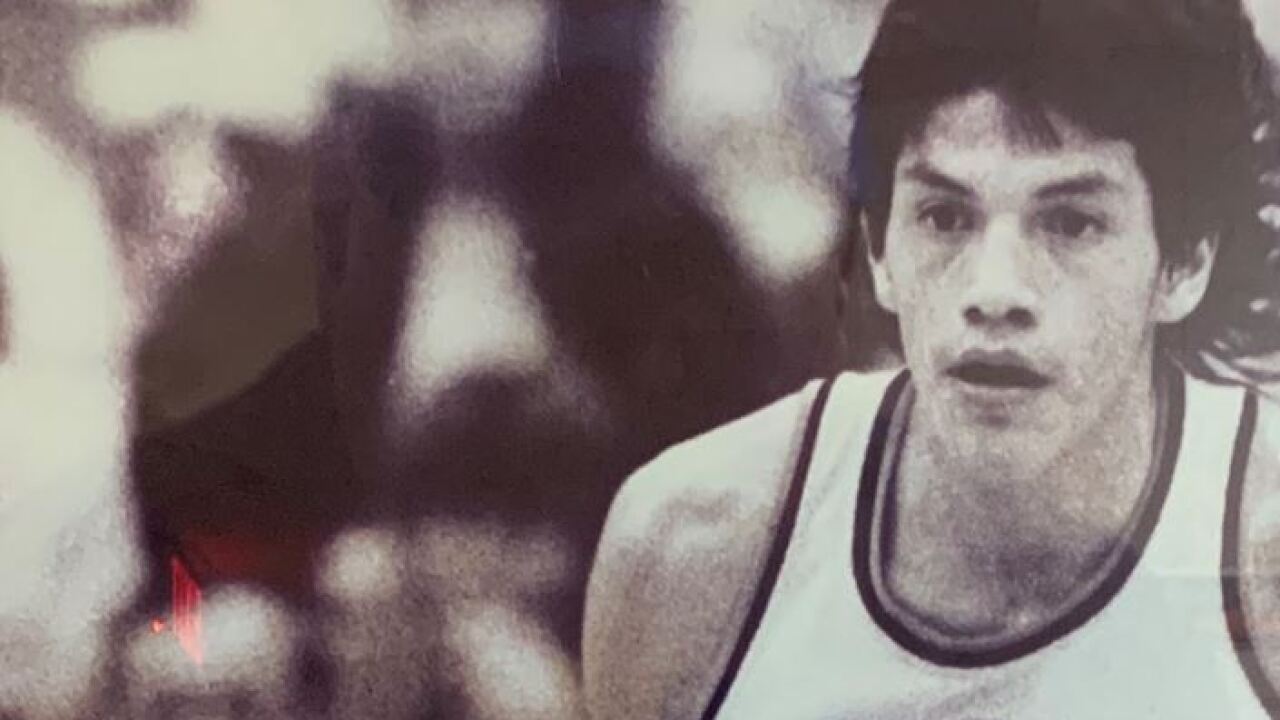 (Editor's note: While we're faced with a sports-less world during the coronavirus pandemic, MTN Sports is going to re-publish the original stories from the #MTTop50, which launched in 2016 to profile some of the great boys basketball players in Montana history. The first six weeks of the series separated players by decade, beginning with athletes from 2010-present that first week. The sixth week, athletes from the 1960s, ‘50s and earlier were profiled. The weeks between featured five players each from the 2000s, 1990s, 1980s and 1970s. Players like Tres Tinkle, who graduated from Missoula Hellgate in 2015 and is currently playing at Oregon State, and Wayne Estes, who starred at Anaconda and Utah State in the 1960s, were not featured in their respective decades. Those players will be profiled in the top 20, regardless of era, which MTN Sports began with Reece Gliko. You can find a full rundown of the 30 players featured the first six weeks by clicking here. Our intention is not to revise history, so we're not going to change the order in which the players were featured. However, some articles will include updates to reflect the latest developments in a player's career. This story was originally published on Aug. 15, 2016.)

The #MTTop50, especially the countdown of the 20 best basketball players in Montana history, features plenty of athletes who have achieved legendary status. Few players, though, became legends while still playing. Nobody has ever created a buzz similar to what Elvis Old Bull achieved while starring at Lodge Grass in the late 1980s. Not only is he one of the best players ever to grace the hardwood in the Treasure State, he’s arguably the most popular.

Old Bull helped lead Lodge Grass to three consecutive Class B state championships in 1988, 1989 and 1990, earning MVP honors each season. The 6-foot-3 point guard affected the game in nearly every facet on both ends of the court, but he was mostly known for his ability to score from nearly anywhere on the court. He scored 1,948 career points, averaging just less than 20 points per game during his career and finishing with 728 field goals made, ranking seventh on the Montana High School Association’s all-time list. Old Bull also attempted 329 field goals in one season, an MHSA record.

But he wasn’t just a scorer. People who watched him play remember his court vision and passing. He finished with 203 assists during the 1989-90 season, including 22 in a single game. The 22 assists are the most ever by a high school basketball player in Montana history, according to the MHSA record books. The record books also have Old Bull ranked eighth for assists in a single season (203) and career (484).

Though he’s a legendary, almost mythical, figure in Montana’s high school basketball history, Old Bull never played in college. Fans would routinely pack arenas for the opportunity to watch Lodge Grass, which averaged better than 95 points per game during Old Bull’s senior season, and the Old Bull spectacle. He was a McDonald’s all-American nominee and one of the only athletes recognized on Sports Illustrated’s list of the 50 greatest sports figures in Montana history for his high school performance.

Former Plains star Bill Pilgeram: “I remember him. He was very deceptive. He wasn’t uber-athletic or anything, but his first foot was deceptive. He always had a hand on the ball – on a rebound, he brought the ball up the court, he was a great passer and distributor – he just had a hand in every part of the play. Whether it was scoring, passing, defending and getting steals – all the little things in the game. You didn’t really know it, but then by the end of the game he was the leader in every statistical category. He had 20 points, 10 rebounds, five steals, five this or five that. He was just in every little play.

“I remember the ‘Elvis lives’ comments and the ‘Elvis is in the house’ kind of things. There was that aura of, ‘Ooh. Elvis is coming to the state tournament again.’ I did hear that part of it and then got to watch him go out there and just dominate games in that state tournament. … I think (the legendary status) was a little bigger than him just because that legend portrayed him as, ‘You don’t have a chance. He’s super-human and he’s going to win no matter what’ type of thing. But when you watched him he just went out and made plays. Like I said, he had a hand on every play and just dominated the game very subtly.”

Longtime basketball coach Darrell Holland: “He didn’t have a weakness. But 3-point shooting or outside shooting was just something he just had perfected. And he could pull up from 25 (feet), 28, it didn’t matter where. He could pull up from anywhere and just drain it. He was kind of one of those shooters, he might miss four or five in a row, but it didn’t bother him at all. Because he might make the next 15 in a row. He was just one of those unconscious, yeah, unconscious shooters.

“When you have a list of 20, 25 best players of all-time, just about anybody you talk to that has been around basketball, they all know that name. There might be a few names on the list that they kind of forgot about or kind of, ‘Maybe I don’t know that individual.’ But he’s a name that everybody in Montana, if you’re associated with basketball or have been associated with basketball, you know that name. So I think that’s legendary.”

Former Highwood/Belt star Reece Gliko: “Having watched him play a little bit and hearing the stories, I remember watching him at (Great Falls) CMR in a divisional tournament game, he just took over. There was a huge amount of pressure in that game. I didn’t hear stories that I felt were beyond what he was as a player. Extremely smooth, great passer, great scorer, unselfish. State MVP I think three times in a row. I heard one story that he showed up like two minutes before tipoff or something and ended up winning the MVP. He was just an incredible player.”