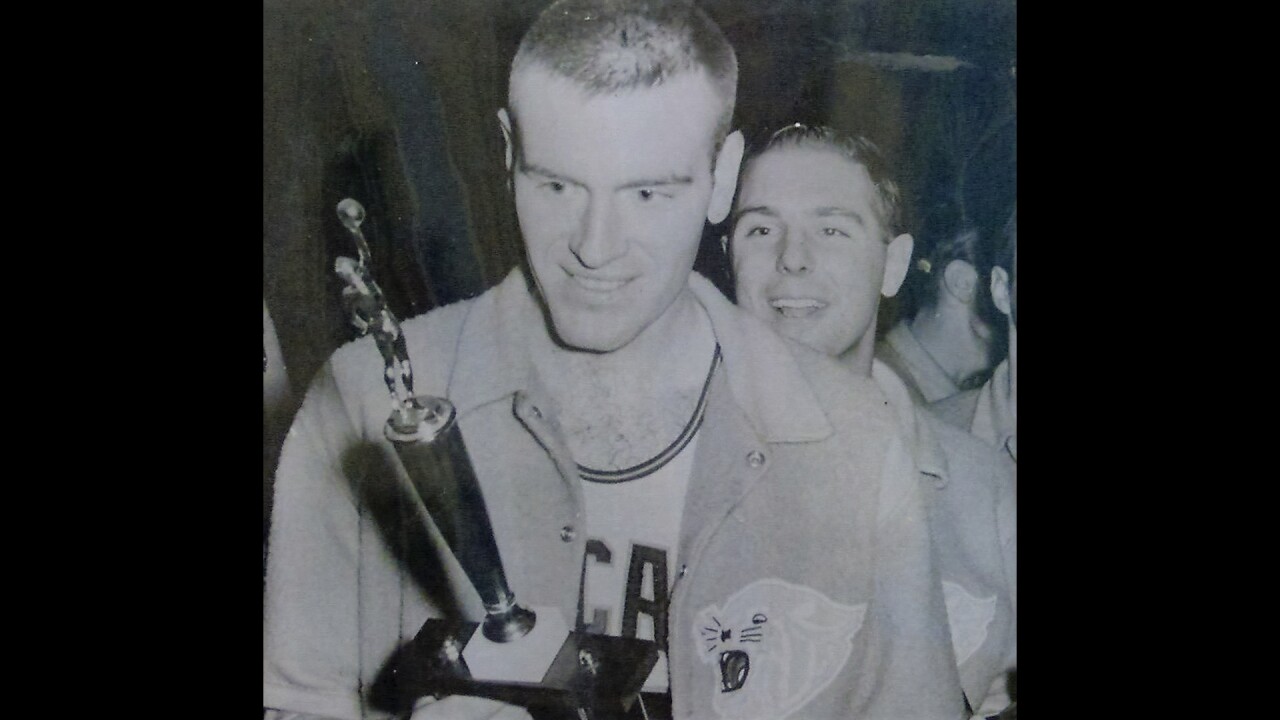 (Editor's note: While we're faced with a sports-less world during the coronavirus pandemic, MTN Sports is going to re-publish the original stories from the #MTTop50, which launched in 2016 to profile some of the great boys basketball players in Montana history. The first six weeks of the series separated players by decade, beginning with athletes from 2010-present that first week. The sixth week, athletes from the 1960s, ‘50s and earlier were profiled. The weeks between featured five players each from the 2000s, 1990s, 1980s and 1970s. Players like Tres Tinkle, who graduated from Missoula Hellgate in 2015 and is currently playing at Oregon State, and Wayne Estes, who starred at Anaconda and Utah State in the 1960s, were not featured in their respective decades. Those players will be profiled in the top 20, regardless of era, which MTN Sports began with Reece Gliko. You can find a full rundown of the 30 players featured the first six weeks by clicking here. Our intention is not to revise history, so we're not going to change the order in which the players were featured. However, some articles will include updates to reflect the latest developments in a player's career. This story was originally published on Aug. 1, 2016.)

Earlier in our countdown of the top 50 boys basketball players in Montana history, we introduced you to some of the best big men in the 1960s. Post play was a key to success for many programs, but with no 3-point line, it was rare for the post players to step out and connect from the outside. Tom Storm had no problem knocking down shots from the outside, using his great form to shoot over opponents.

Storm was a member of the 1962 Class AA state championship team at Great Falls High, but it was in 1963 that he truly hit the scene. He helped lead the Mighty Bison back to the Class AA title game where they ultimately fell to Billings West, 67-64. Storm scored 16 points in the championship game and added 25 in the team’s opening-round game against Kalispell Flathead.

Storm continued his career at Montana State for coach Roger Craft. He earned second-team all-Big Sky Conference in 1965 and 1966. During his time in Bozeman he became the 13th Bobcat to score more than 1,000 career points and he is among the program leaders in rebounding. In 1967, Storm helped the Bobcats to the prestigious All-College Tournament championship in Oklahoma City. MSU upset Texas in the opening round before knocking off a top 10 program in Temple. The Bobcats beat Oklahoma City in the championship, and Storm was named Most Valuable Player of the tournament.

During his senior season, Storm and the Bobcats split the Big Sky Conference title with Gonzaga. He poured in 44 points during his college finale against Portland State, which was a record for most points in a game by a Montana State player. He was drafted by the Chicago Bulls but never tried out for the team. He played for the Phillips 66ers of Oklahoma for one season before the team disbanded.

Storm played in and coached the WIT tournament in Lewistown – an event that brought athletes like Dennis Rodman and David Robinson to Montana. He also joined Babsie Bishop in running the HIT (Hi-Line Invitational Tournament) for nearly 30 years before handing over the reins to MSU-Northern.

Storm is an avid outdoorsman and has killed 18 black bears with his bow and arrow.

Former Montana State men’s basketball coach Roger Craft: “Tom was a great shooter. I always said that in terms of speed, I could probably outrun him. Not quite. He was an outstanding shooter. He would shoot the ball up high, so he could get it off an awful lot of people. We joked about the fact that he came down because we convinced him he could go duck hunting and goose hunting down here, because he’s quite a hunter and quite an outdoorsman and such. He was a great competitor, and not only would he make himself go, but he would make people around him go, too. We went down to Oklahoma City and won a tournament there, and he was the most valuable player on that ball club in the tournament.”

Former Montana High School Association executive director Jim Haugen: “The thing I remember most about Tom is he was as tremendous leader on that team. That was the last year of Class AA before we got into the Big 32, if I remember right. They got beat by West High, and of course West was loaded. They had a great ball club that year. But Tom was really a leader on that ball team, a big guy that was a leader. And sometimes you don’t see that, it’s somebody out front. But was a tremendous leader and did a variety of things – great rebounder and great touch, good shooter, great attitude. Loved to watch him play. Got to see that game, and it’s fun to think back on memories like that. He was one of the really good ones.”

“I shot a lot from the outside, that’s what I did. I was more of an outside player than inside player. I let big Jack Gillespie handle the inside. Roger Craft, my coach, was really good about setting up plays for me and gave me the green light, which really, really helped. But put it all together, but that’s what I did, mostly just shoot outside.

“(The All-College Tournament) was a great tournament. It was the only tournament in the country back then. They didn’t have all these holiday tournaments. It was at Christmas. We put our name in the hat years before that. As luck would have it, when I was a senior, that’s when we got to go to the tournament. Of course, when we went there, we were seeded eighth out of eight. We ended up upsetting Texas the first game – the University of Texas Longhorns. They had like 35,000 in their school, we had like 5,000. And then we played Temple, and they were undefeated and ranked either fifth or seventh in the country and we beat them. And we played the home team, Oklahoma City, and beat them. We just had a great, great tournament. It was really great for Montana State.”