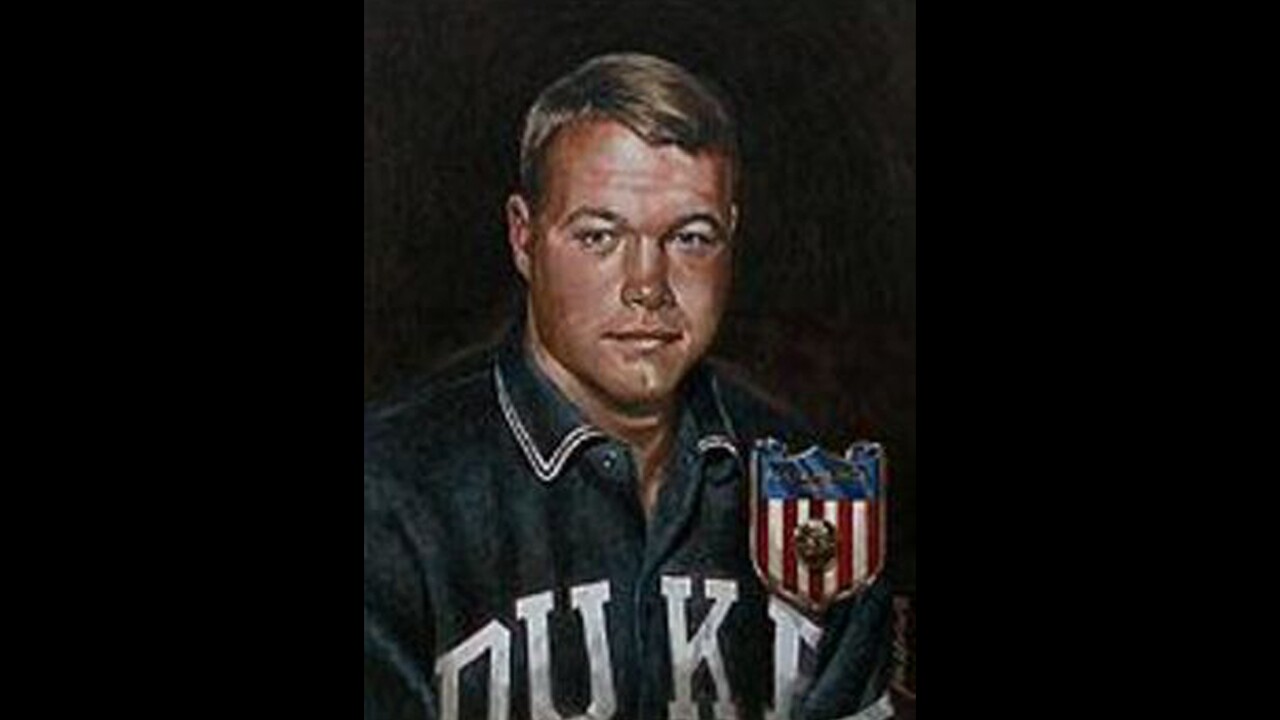 Courtesy photo
Mike Lewis continued his career at Duke, where he still has his name etched in the Blue Devils&#39; record books. 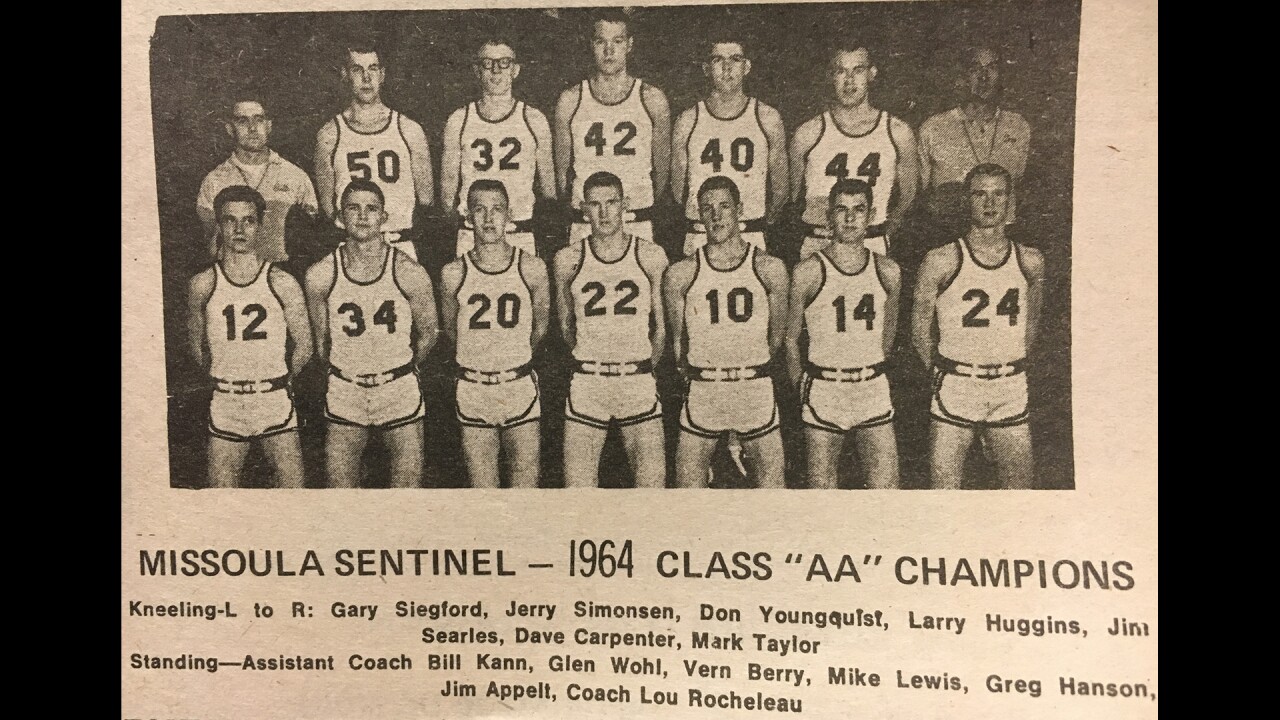 (Editor's note: While we're faced with a sports-less world during the coronavirus pandemic, MTN Sports is going to re-publish the original stories from the #MTTop50, which launched in 2016 to profile some of the great boys basketball players in Montana history. The first six weeks of the series separated players by decade, beginning with athletes from 2010-present that first week. The sixth week, athletes from the 1960s, ‘50s and earlier were profiled. The weeks between featured five players each from the 2000s, 1990s, 1980s and 1970s. Players like Tres Tinkle, who graduated from Missoula Hellgate in 2015 and is currently playing at Oregon State, and Wayne Estes, who starred at Anaconda and Utah State in the 1960s, were not featured in their respective decades. Those players will be profiled in the top 20, regardless of era, which MTN Sports began with Reece Gliko. You can find a full rundown of the 30 players featured the first six weeks by clicking here. Our intention is not to revise history, so we're not going to change the order in which the players were featured. However, some articles will include updates to reflect the latest developments in a player's career. This story was originally published on Aug. 19, 2016.)

Montana has seen its share of dominant players and dominant teams. The #MTTop50 has profiled plenty of athletes that fall in one or both of those categories. But no boys basketball team has been as dominant as Missoula in the 1960s, and no player dominated like Mike Lewis.

Lewis was a three-time all-state selection, helping lead Missoula to its boys basketball state-record 56-game winning streak over the 1962-63 and 1963-64 seasons. The Spartans lost to Great Falls High in the 1962 state championship, vowing to right the wrong immediately after the championship. Behind Lewis and a host of other talented players, the Spartans strung together back-to-back undefeated seasons. They only won one state championship, though, as the school board wouldn’t let the team attend the 1963 state tournament.

Lewis was an unstoppable force – so much so that opposing teams would stall for entire periods to avoid letting him beat them on the offensive end – and averaged 28.5 points per game as a senior. A 6-foot-7 center, Lewis left Montana to continue his career at Duke, where he has his name all over the Blue Devils’ record books.

He broke into the lineup as a sophomore during the 1965-66 season and averaged 13.9 points and 11.0 rebounds per game. Lewis helped the Blue Devils reach the Final Four, where they would lose to Kentucky. He scored 21 points, but Kentucky earned an 83-79 win to advance to the championship. The Wildcats went on to lose to Texas Western, which featured five black starters, in one of the most legendary games in college basketball history.

Duke went 40-15 during Lewis’ junior and senior seasons, appearing in the NIT both years. Lewis led the Blue Devils in rebounding both seasons, corralling 14.4 boards a game as a senior to lead the ACC. He scored 21.7 points per game in 1968 to earn the team MVP award, a unanimous all-ACC selection and a second-team all-America honor. Lewis finished his Duke career with 1,417 points (33rd all-time in program history) and 1,051 rebounds (sixth), averaging 16.9 ppg (11th) and 12.5 rpg (second). His 21 consecutive double-doubles and 30 games with 15-plus rebounds both rank first in program history, and he has three of the best 18 single-season rebounding marks in Duke history.

Lewis was selected by the Boston Celtics in the 1968 NBA draft but played professionally in the ABA for six seasons before injuries ended his career. He averaged 14.5 points and 14.3 rebounds over his career, which included an all-star season in 1970-71 when he averaged 14.1 points and 15.9 rebounds per game while playing for the Pittsburgh Condors.

Former Great Falls High and Montana State star Tom Storm: “Mike Lewis, to me, was the most dominant high school player that’s ever played in high school. In high school, he was 6-7 at that time, but he could just jump out of the gym. And they didn’t have offensive goal-tending in those days. He could go and actually just funnel the ball until it went in. If somebody shot and missed, he would go up and funnel it a couple times, tip it a couple times until it went in. He was so dominant, because he could just jump out of the gym. And he was big. He went on to play for Duke, and he was either first- or second-team all-American for Duke. He went on to play in the ABA. He was all-ABA a few times and was a great rebounder in the ABA. He was unbelievable.

“He had a power game. He could power it in, and he had a hook shot, too. He had a nice little jump shot, too. He kind of had it all. He was very coordinated. He wasn’t some big guy that could just jump or something. He was a real coordinated athlete.

“We’ve had a lot of (great players), but he was the most dominant. He could dominate everything. He just dominated. I mean, he blocked all the shots and just tied up the whole middle. Just very, very dominant player.”

Former Carroll College coach Gary Turcott: “Mike Lewis played for Missoula Sentinel. He was in high school when I was. Missoula Sentinel won two state championships. The only reason they didn’t win when he was a junior was because Missoula Sentinel didn’t go to the state tournament, because the tournament had been so rowdy the year before in Butte, so they didn’t go. Mike Lewis was 6-foot-7, he played at Duke and in the ABA for (six) years. In high school he totally dominated every game he played. People would just stall. They didn’t want to even fool with him, so they would hold the ball and only shoot at the end of each quarter. He was a dominating player at both ends. He blocked shots, played above the rim, could dunk it – he could just do everything. Probably, when you look at everything, the most well-rounded player of his era.”

Former Montana State coach Roger Craft: “I think in terms of high school, I think Mike Lewis was (the best player in Montana history). Mike was a great ball player. Of course, you could tell by what he did on at Duke later on. He was actually outsized in the position he was in at Duke, but you’d never know it. I mean, he just dominated. He had a good ball club with him here. They just dominated at that time, and he was the guy that made them go.”