From gridiron to grandpa: Former Columbus coach John Smith ‘blessed without a doubt’ 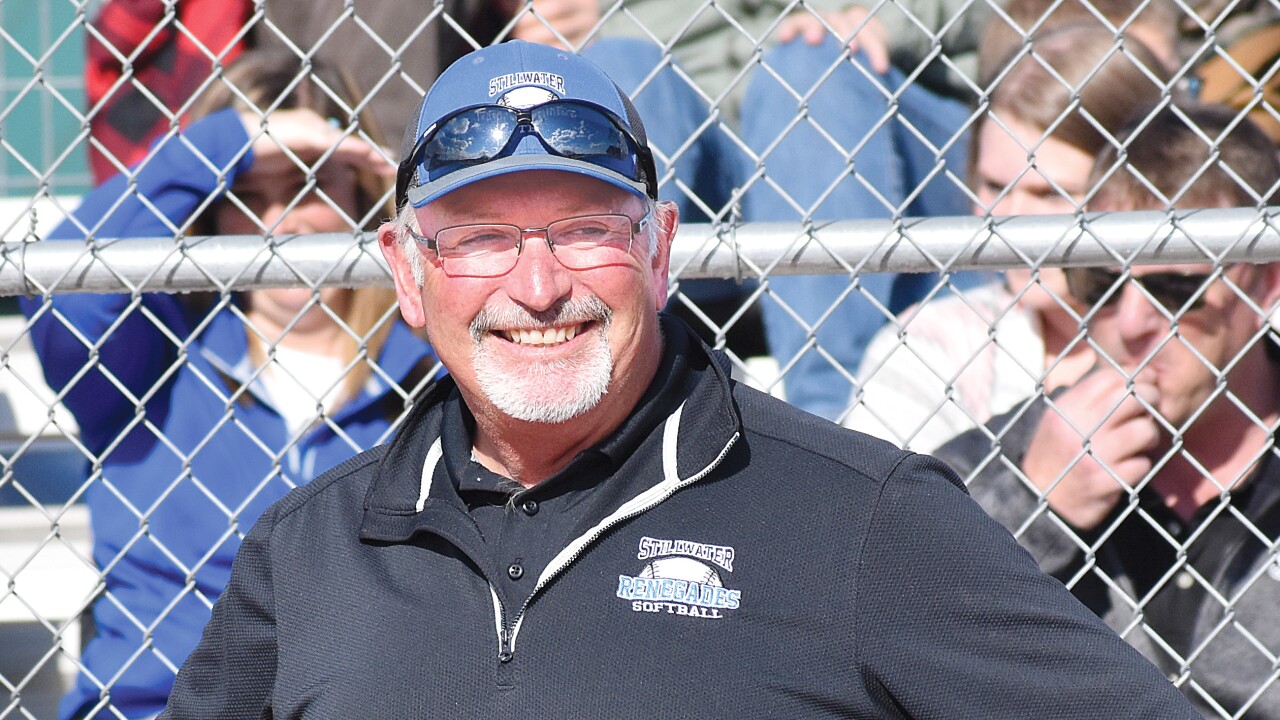 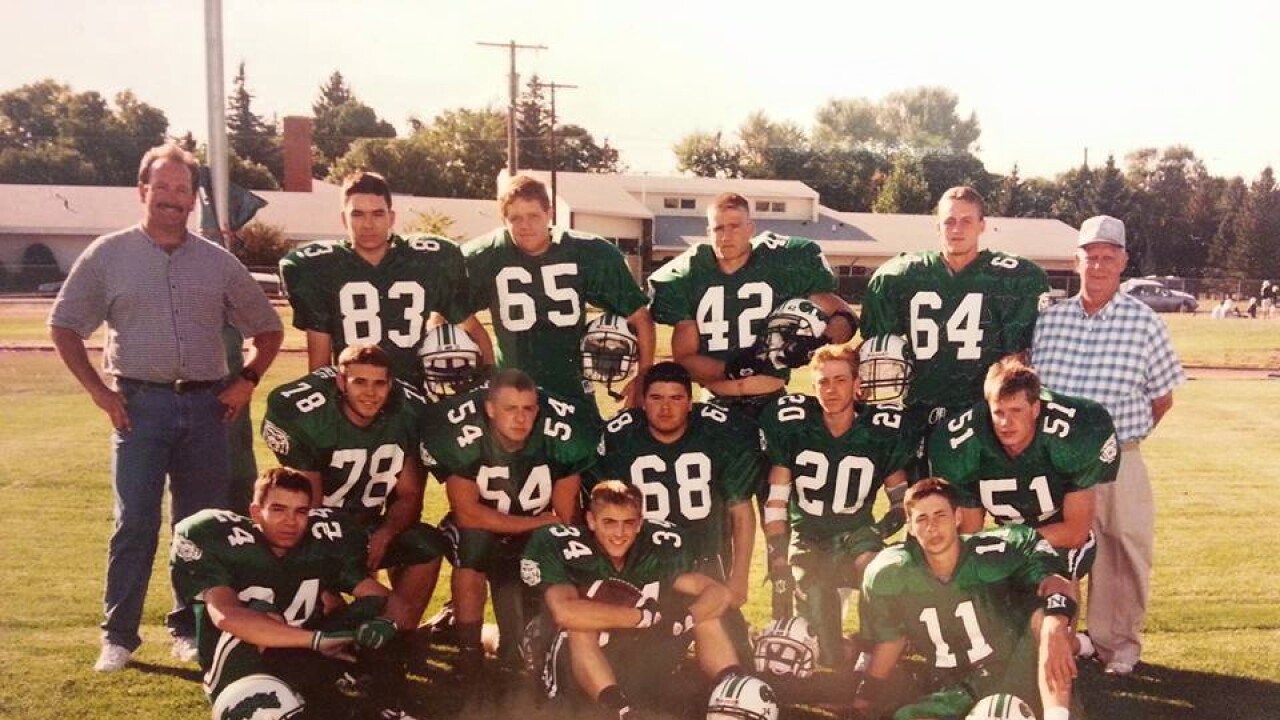 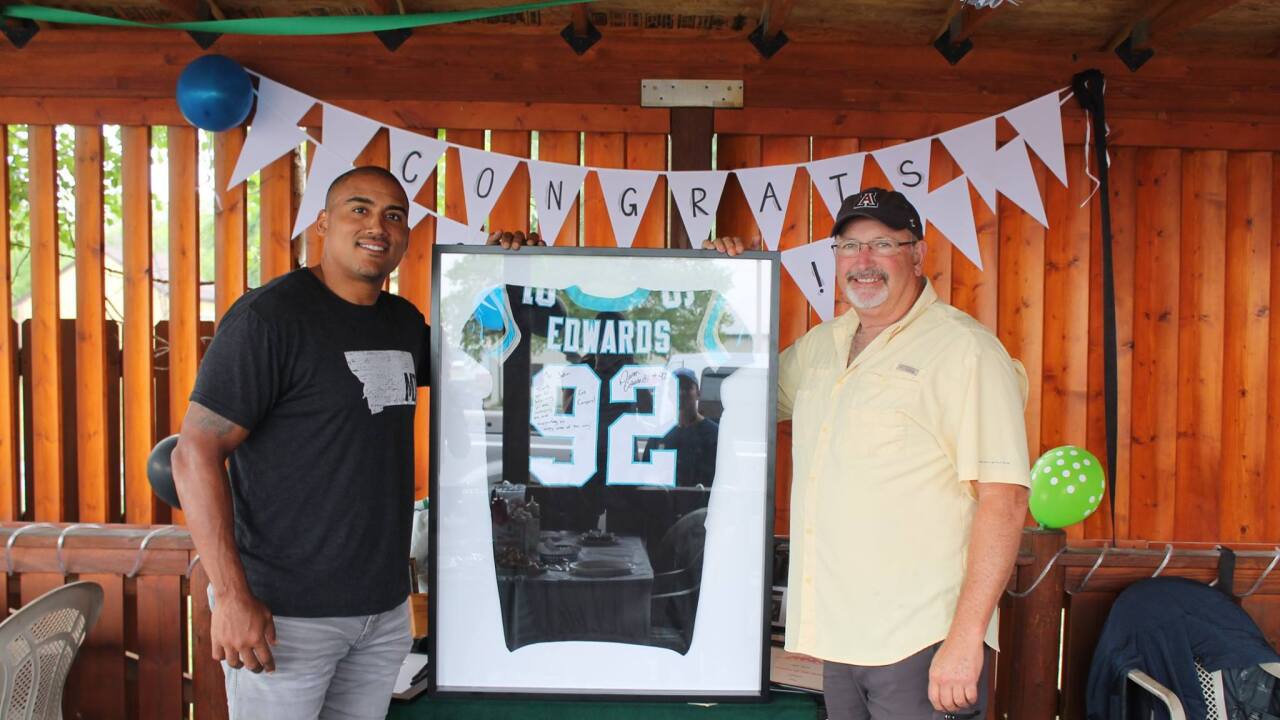 COLUMBUS — It’s easy to talk sports with John Smith, whether it’s the championships he won coaching football or softball, even discussions about college or professional sports. But what he really prefers to point the conversation toward are his grandchildren.

“It can't be better. I love being a grandpa,” he said, his voice beaming with pride. “Just getting to know these kids when they're so little and having the opportunity to have a little impact on their life.”

It’s too soon to know if those grandchildren are bound to be sports stars, but the athletic pedigree is certainly in their blood.

Their grandpa was a football and baseball player at San Carlos High School (Calif.) where his teams made postseason runs, giving him an opportunity to continue his playing days at the collegiate level. Local schools were an option, but Smith’s older brother had attended Eastern Montana College, now MSU Billings, and one trip to the Treasure State was all it took for him to be hooked.

“I came up and visited and decided that there wasn't a better place for me to land than Montana, I mean, with all of the hunting and fishing that I enjoy, the outdoors in general,” Smith said. “Unfortunately I lost my father right before I graduated high school and my mom had a little bit to do with (me moving to Montana), too. … At the time the Bay Area wasn't exactly the best place to be a teenager, you know, with everything going on post Vietnam and everything like that. So she shipped me up to Montana, basically packed my truck and off I went.”

That simple move would spark an athletic career that lasted more than four decades.

Smith played football at EMC, though he said a “plethora of injuries, three different knee surgeries in three years,” limited his time on the field. His playing days came to an abrupt halt in 1978 when Eastern Montana College dropped its varsity football program, but coaching opportunities quickly surfaced.

“Larry Henderson, another guy I believe is in the (Montana Coaches Association) Hall of Fame, and I both started that same year at that seventh-grade junior high football team at Lincoln Junior High,” Smith recalled.

“Never won a game,” laughed Smith. “Lincoln at the time was shrinking and all the kids were going to Riverside and Lewis and Clark and all the newer schools that were around Billing at the time, Castle Rock was one of them, actually. We had a lot of good kids that ended up playing at Billings Senior, but yeah, our first year coaching I think Larry and I could pretty much look at each other and say we really didn't have a clue about what we were doing, but we sure tried.”

Smith jokes he took the “six-year program” at Eastern, mostly because he “had a little bit more fun in Billings than most,” but after graduation, the job search began. Hooked on coaching, he found and applied for jobs in Cut Bank, Columbus and Thompson Falls. Admittedly surprised, he was offered all three.

Former teammate Rick Henry tried to sell him on Columbus, while Smith’s brother did the rest.

“He said, 'If you live in Cut Bank, you're going to have to grow a second set of skin because it's a little cold up there.' So he kind of helped me with that decision” he laughed. “He said, 'Thompson Falls is too far west, it's on the other side of the Continental Divide, they're all from California. So anyway, I ended up in Columbus.”

And remained for nearly four decades. Smith coached for 37 years and credits the community as the reason coaches like he, Paul Barta and Bill Hogan had such longevity with the Cougars.

Success was also a major factor. Columbus won 16 conference titles, one state championship and was twice runner-up in the Class B football ranks, while Smith was named the 1992 Montana Coaches Association Class B coach of the year.

“If you look back on our win-loss record, I'll bet you about a third of our losses were against Baker High School in my 24 years, you know? We played them every year and we played great teams and Donny (Schillinger) is a heck of a coach, too, another Hall of Famer,” Smith said. “The competition was awesome. You've got some great teams that we always competed with, like Huntley Project.”

In 2001, as Columbus looked to create a wrestling program, the school added softball, a co-op with Absarokee and eventually Reed Point and now Park City. The Stillwater Renegades, as they are known, started a fun coaching venture for Smith, who enjoyed playing recreational softball, and he still remembers those early years well.

“I don't think we got closer than two touchdowns and a field goal most games. It was pretty, pretty rough,” he laughed.

Fast forward a few years, and Smith started a dynasty. Stillwater won four state championships in five years, including three straight from 2007-09. The
Renegades placed runner-up to Thompson Falls in 2010 before winning again the following season.

“There was a probably a six- or seven-year period there where we had great pitchers and catchers, one year after another,” he said, mentioning names like Bree Schutz, Annie Crawford, and Becca and Tiffany Morgan. “That was how that program took off. I was fortunate enough to be part of it and, again, the interest level was there, so we were very competitive and the girls bought into the way I coached, and I guess the rest is history as they say. We had a lot of fun.”

Smith also tried his hand at track and field, serving mainly as the throws coach, until the school needed a head coach and he reluctantly took the job.

“Honestly, that was a little bit more than what I was prepared for,” he said. “Trying to coach all the jumps and relays and pole vault, and, I mean, that right there, if you don't know what you're doing, you could probably get thrown in jail.”

In all, Smith coached exactly 40 years, taught special education and physical education, and for the past few years has served as the Stillwater County Superintendent of Schools. Each post has created its own memories, but working with student-athletes has created the lasting relationships.

“Getting to go to a Fiesta Bowl with (Dawn Edwards during his time at Oregon State), and watching the Civil War (between Oregon and Oregon State), and then having the opportunity of him flying my wife and I to go watch him play the Raiders in the Bay Area, and getting a phone call and him saying, 'I got a ticket for you to the Super Bowl. You're going to be there. Just be at the airport at this time.' Just those kinds of things that happened, you know what I mean?” he said. “Would I have ever thought in my wildest dreams this would happen to me? No, absolutely not. I've been blessed without a doubt, and I thank God every day for every minute that I've had to work with kids.”

“I wish I could say I was perfect, because I know I wasn’t,” he continued. “You think about your greatest failure, and there were greatest failures, too. But the biggest thing is, it almost makes you feel like your life was worthwhile, and it was, so it was good.”

At the end of the day, the championships, trips and sports memories have shaped him, leading to this summer’s induction into the Montana Coaches Association Hall of Fame. But the conversation again steers to the grandchildren and his still fairly new title — grandpa — which has been the best yet.

“Getting to see them do some things and trying to show them how much we enjoy them performing and doing things where their gifts are being exposed, things God's given them that they're having the opportunity to show those things. I hope I have the opportunity to be around (a long time),” he said.