Manhattan cross country, track mentor John Sillitti was destined to be a coach 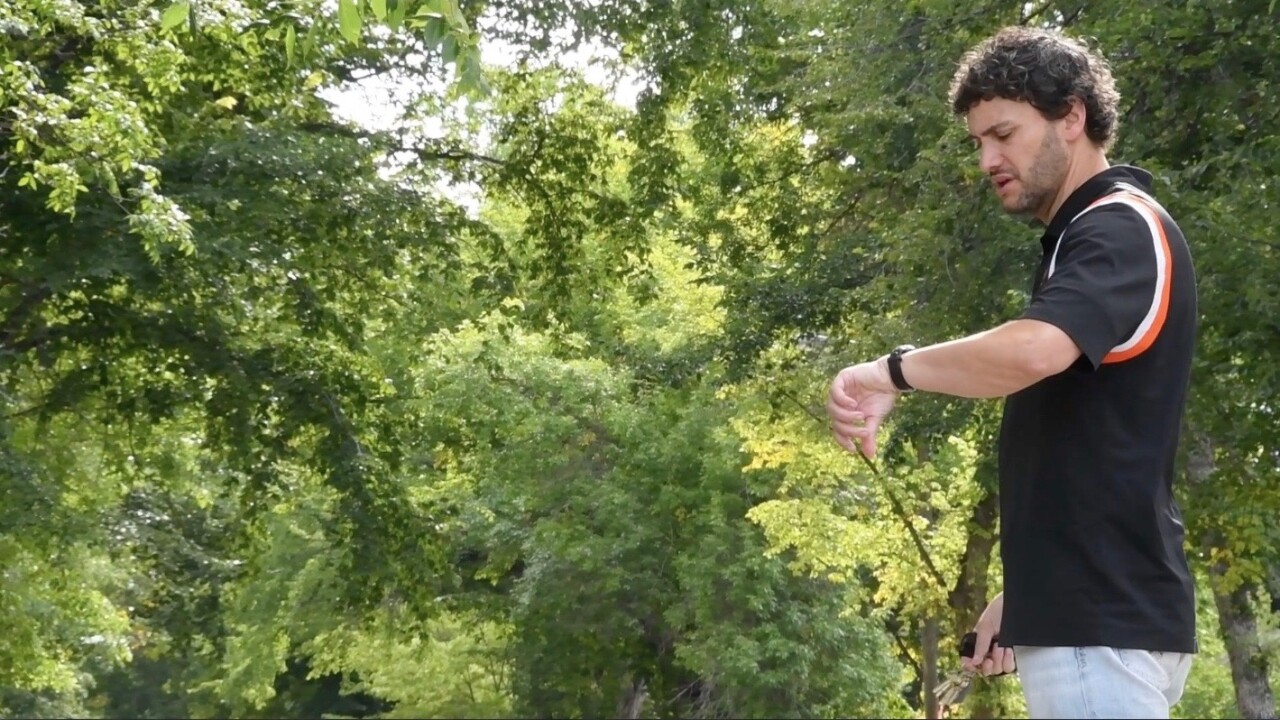 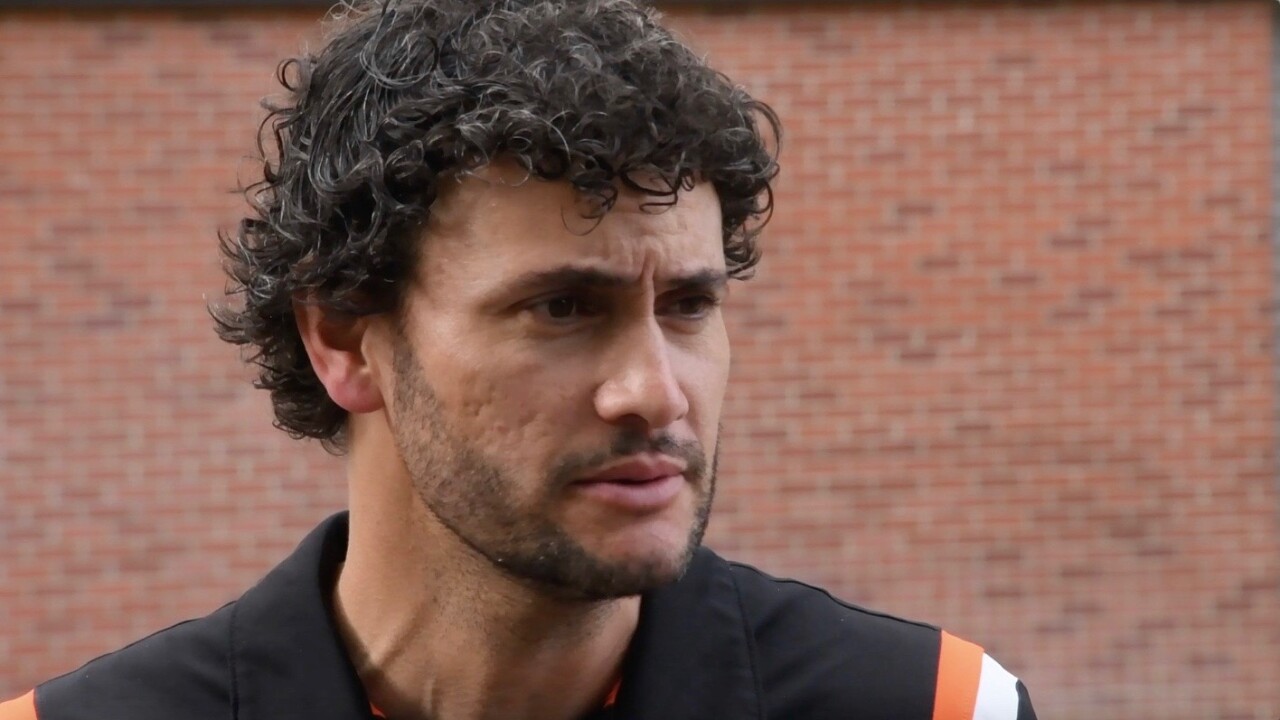 “I started coaching some Little League baseball when I was a sophomore, junior in high school,” Sillitti said.

Sillitti, who considered himself a soccer player despite the sport not being sanctioned during his prep days at Billings Central, played basketball and ran track, but found an early niche in the coaching world.

“Former Billings Central girls basketball and track coach Dennis Dennigan was running a junior high girls basketball league during that spring for the city of Billings, and he asked me to help coach it,” Sillitti recalled. “I helped coach that basketball team and we did we did pretty well. Dennis came up to me after the season and he said, 'I think this is something you could be good at. The way you talk to the kids, it's kind of natural.' And he said, 'If you take some coaching classes when you go to college, I'll give you your first coaching job when you come back.'

“Obviously somebody seeing something in you at that age and kind of believing in you is inspiring, so I was I was all about it then.”

Dennigan’s words were cemented in Sillitti’s mind, ultimately leading to a coaching minor at Saint John’s University in Minnesota. It was there he found a love for the running sports, cross country and track and field, and was convinced he should become a high school counselor and coach.

“I think that actually sounds like exactly what I want to do,” Sillitti recalled telling a psychology classmate at Saint John’s.

After returning to the Treasure State, he enrolled at Montana State University to chase his master’s degree, and his coaching journey quickly began.

“I got to coach with a guy named Brad Daws, whose kids were coming through the Bozeman system, and his son E.J. ended up playing baseball for Michigan State,” said Sillitti. “Brad, I think, was a like a second-team all-American for the Bobcats in football.”

From there, Sillitti's mentors only got more impressive.

His first job? Working at Malta High School, which boasted some of the most storied programs and coaches in Montana.

“I got there and Del Fried was the girls basketball coach in the middle of winning, I think, six state championships in a 10-year period, and Bernie Wasser was the the head boys coach at the time, and they had just won (a state title). Both of those guys are in the Hall of Fame,” said Sillitti. “Scott King was the football coach, of course, and he's in the Hall of Fame, and I think they won (a state title) the year before I was there, they won two years later. I was just around a lot of great mentors.”

Though he didn’t coach the Mustangs or M-ettes, Sillitti soaked up what knowledge he could from Malta’s Hall of Fame skippers. He carried it with him to Manhattan and has never looked back.

“Mike Woodman came the same year I did and he'd been in Malta and actually won a state championship there. So, my first two years I was coaching junior high basketball, he was the C-squad coach … and I was just a gym rat back then,” said Sillitti. “I'd (coach junior high) practice and go lift weights or something until his practice started, and then I'd sit in on his practice.

“After a couple of years he got the head job and he brought me on as one of his assistants for the high school boys … and we had one really fun year where we went undefeated until the state championship game. That was in 2003. We met Cut Bank, and they were also undefeated, and I think they said it was the first time in Class B history that two undefeated teams had met in a state championship. We went to overtime and we lost our point guard, fouled out, and our starting center fouled out, ended up losing that one. I think (Keithan Gregg) hit a shot with about three seconds left to take the lead in overtime.”

All the while, Sillitti was working with the Tigers’ track and field program, while concurrently taking a three-year stint as the Manhattan Christian boys cross country coach just down the road in Churchill.

But in 2009, he was named head coach of Manhattan’s harriers and two years later took over the helm of the Tigers’ track and field squad.

“It was just better for me to be (in Manhattan). It's where I was, it was where I was working with kids year-round through track, indoor and outdoor track, and teaching there,” he said.

Manhattan’s athletes immediately reaped the rewards. The boys cross country team has won five Class B state championships, finishing runner-up six times, while the Tiger girls have four times hoisted the No. 1 trophy with a pair of second-place finishes.

The track and field team has been equally, if not more, impressive, with nine state trophies, five of those boys state titles from 2012-16. The five consecutive championships are tied with Bozeman and Kremlin-Gildford for second-most in Montana High School Association history (Missoula County won six consecutive on two occasions).

In all: 26 district championships, 13 divisional crowns and 16 state titles, plus the 12 state runner-up finishes and four third-place efforts.

“I want the kids to win when I know I have a good group of kids that have been working really hard. They're just great kids and you want to see, you want them to experience the winning,” Sillitti said. “It's cliche, but it's the truth, it's really about the relationships. The longer you get into it, it's like the less those other things matter, like the wins and losses.”

“I'll hold some great memories -- 2009 was the first state championship we won where I was the head coach, and that one was special because it was the first one,” he continued. “We had a runner named Mike Asay who beat all of the Class AA runners all year, and he was the Gatorade runner of the year. Then we had the five years in a row where our boys track and field team won five consecutive championships, a remarkable run that ended with just the best group of guys. A couple of them are still at MSU now -- Caleb Neth and Alec Nehring were on that team and they've still got a season of eligibility left at MSU, but they broke the Class B record for points scored in the state meet.”

Sillitti says more impressive than the athletic achievements has been their volunteerism. Over the years they’ve helped Bigfork raise funds for its cross country program, worked with the Run to the Pub race in Bozeman, volunteered at the Big Sky Conference Indoor Championships and routinely enlisted in helping the Special Olympics.

“Those are the things that I really look forward to,” he said.

His coaching career has seen more success in two decades than most could dream of in a lifetime, but Sillitti admits it’s an ever-changing journey.

Coaching isn’t limited to in-season, and triumph doesn’t come easy. His love for the students and athletes continues to be the driving force, but he also recognizes the difficult balance one must have to keep it going.

“I'm friends with some of the guys that have just gotten out of coaching, a couple of really good coaches in Fairfield (former football coach Les Meyer and former girls basketball coach Dustin Gordon) that just kind of hung it up,” he said. “That was a sort of a shock to me because I thought those guys would be there for, I thought Dustin Gordon would be there for another 20. … Randy Robinson at Huntley Project, he and I've been friends, and he's done, and you see these all across the state, a lot of coaches are getting out.”

“I think it's a profession that's more and more challenging, just like officiating with the expectations and the time that you have to put in to be successful,” he continued. “You can't just show up and coach for 10 or 12 weeks in a season if you want to be consistently competitive. It wears on you. And I think it's hard for coaches to keep a good balance in the season and sometimes out of the season. So I think if I can do a good job of finding balance with how I spend my time, better balance than I've had, then I could keep doing it for a little while longer. I'm not going to guarantee anything, but it's not like I'm quitting tomorrow either."