Bread and butter: Jim Carroll made Conrad athletes cream of the crop 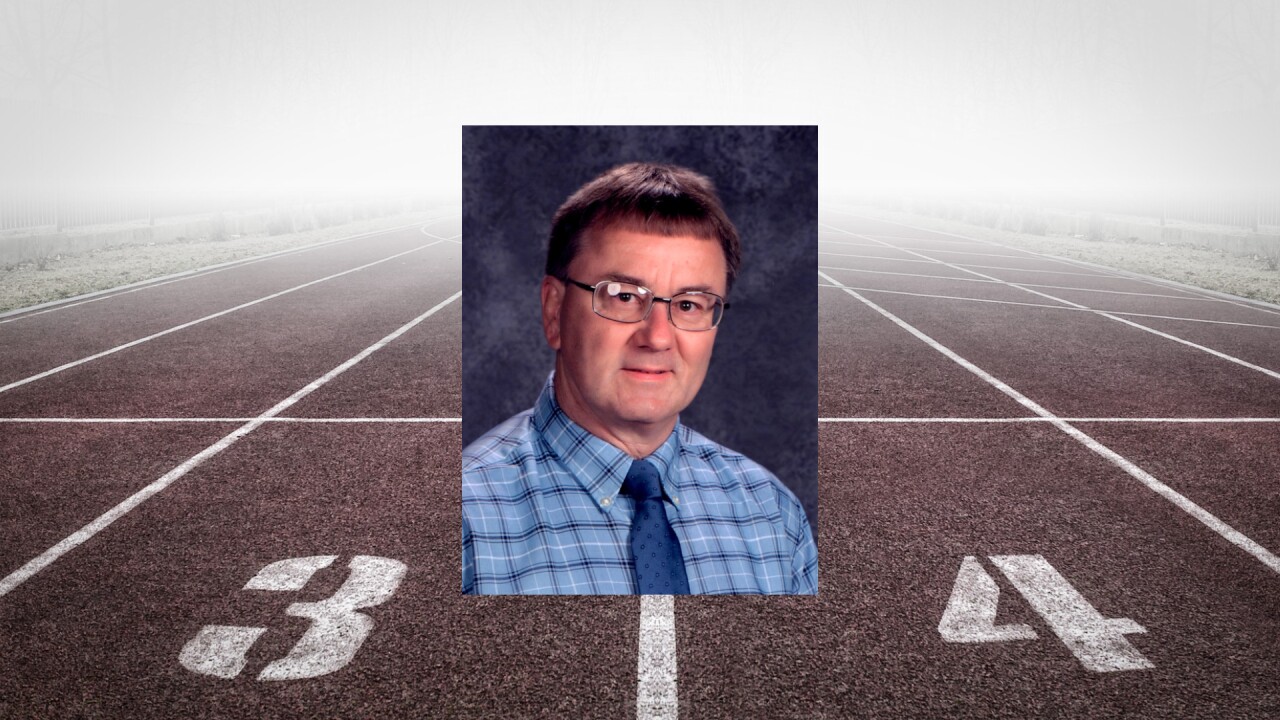 CONRAD — Ask any athlete that’s competed for the Conrad Cowboys or Cowgirls track and field program in the past three decades, and they could tell you about butter.

It’s been a common topic of conversation for head coach Jim Carroll during his 33 years in Conrad, though it really has nothing to do with the spread you’ll find in the common kitchen.

“I liken (track and field) to butter. My analogy is that I always tell our athletes, 'Everybody's kind of like the milk, but at the end of the season, the cream comes to the top. And by the time you work that cream a little bit more, it turns into butter. Those are the kids who are at state, those are the kids who place at state,’” said Carroll. “My athletes kind of kid me about it, but, you know, they always want to hear the butter story, they always want to hear the cream stories.”

Correlations like that are, one might say, Carroll’s bread and butter and have helped his athletes become the cream of the crop. For years it’s how he’s related to the high school teens that competed in his programs, forcing them to ponder their own situations, while providing motivation for down the road.

“I like to use analogies when I coach and I like to get them to think about, ‘What could you achieve if you had the opportunity to do that, and how are you going to get there and how can we help you as coaches get to that point?’” Carroll said.

Carroll has been challenging athletes to better themselves for some 40 years, closer to 60 if you count his prep days at Beaverhead County High School in Dillon. For the Beavers, Carroll was “an average athlete, unlike a lot of the athletes I've had the opportunity to coach,” according to him, but he became a walk-on for the Western Montana College wrestling program.

Upon earning his bachelor’s degree in Dillon, he landed his first job at Moore Public Schools, spending five years in Fergus County, assisting with the football and track and field programs.

“A great opportunity there to both teach and coach, and while I was there we did win a couple of 6-Man football championships, too, and I was I was glad to be a part of that,” he said. “Again, had a chance to coach some really good athletes there and took some to state, some state champions and state placers there.”

Following that stint in the mid-1980s, Carroll found an opening in Conrad and never left. During his three decades in Pondera County, he’s been a football and track coach, served as activities director and has hosted dozens of district and divisional tournaments, including basketball, volleyball, wrestling, softball and tennis.

“For me it was based more on family,” Carroll said of his initial decision to move to Conrad. “As our family started to grow and we were looking for a place to put down roots and a place that had stability for our own children and a good educational system, Conrad was just a natural fit.

“Our kids have done well here and we like the community. We've been a part of this community now for a long time and it's just a great place to raise kids, and it's always been strong educationally. That's really what drew us here.”

Athletics may not have been a key factor in the move, but they’ve played an important part in the Carrolls’ tenure in Conrad. The Cowboys and Cowgirls have combined for 12 district and divisional track and field titles, with six state meet trophies, three of those first-place championships.

“I think the individuality of it. … I've always personally been drawn a little bit more to the individual part of things, simply because you've got to put it all out there yourself. The thing I really love about track and field is it allows you to bring out the best in yourself,” Carroll said. “A lot of times you have to dig down to get that extra, and you're relying on what you know and what you've trained and other people that have given you. A lot of times it's just a good mental test, and I really appreciate that about the sport.”

His athletes have responded. Multiple Cowboys and Cowgirls have earned individual state championships under Carroll’s mentoring, none more decorated than Loni Perkins.

The record-setting sprinter still owns the all-class marks in the 200-meter dash (24.81 seconds) and 400-meter run (54.62), while her 55 individual points at the 2002 Class B state meet are tied for the most by an individual (Toni Quenell of Geraldine scored 55 in 2004). Perkins and Quenell each collected 24 state medals, tying for No. 1, according to the Montana High School Association record books.

“I've had a lot of great athletes that have come through here, Loni Perkins certainly is one of them. She still has a couple of state records, she still holds the all-class 400-meter dash record, which by the way, she was 54.62, so if you ran as fast as she did, you were doing pretty good,” Carroll said of the future University of Montana record-holding sprinter.

“We've had some great relay teams through the years,” he continued. “I can remember some other girls that we've had -- the Irvin girls; Diana Zempel; Heather Tweet, who has coached her own kids and they've done pretty well and gone on to Missoula to compete there; the McFarlands, both boys and the girls; Ben Zaino; I had my own son, Timothy was a state champion for me; Grant Williams; Jeremy Barch; the Brice kids. We just had some really good athletes, the Richards, the Zempels even before them.”

Those were just the names that immediately popped into Carroll’s head, as he admittedly “would have to go through my list to even think about all the kids that I've had through the years.” He’s stayed in touch with many of them and even heard from others after it was announced in March he was heading to the Montana Coaches Association Hall of Fame.

“That's the fun part, especially as they grow a little bit older and they have children of their own and their own children are now in sports, and they're remembering some of the things,” he said. “It’s just been good to catch back up with them and hear a little bit more about their families, what they're doing. I think part of that legacy that we talked about is, what pleases me is how they've shared that with their own families and how so many of these former athletes have continued in the sport by staying active themselves -- maybe doing a fun run, maybe doing some other competitions. But more than anything, they had a good experience in sports and I'm glad that I was a part of that.”

Carroll laughed when asked how long he sees himself continuing, repeating his love for the students and sports keep him going. He did note, though, a concerning pattern of coaches, much like officials, leaving their posts at younger ages.

“Not only are coaches not sticking as long as they used to, but neither are teachers, and that's kind of too bad because that's what we need as we continue to go forward with things,” he said. “So, really, my advice would be for the younger teachers and younger coaches to stay with it. There's going to be some hard times with it, there's going to be times when you're feeling like you're on top, and there's times when you're going to be down on the bottom, too.”

Solid advice, even if it didn’t involve butter.