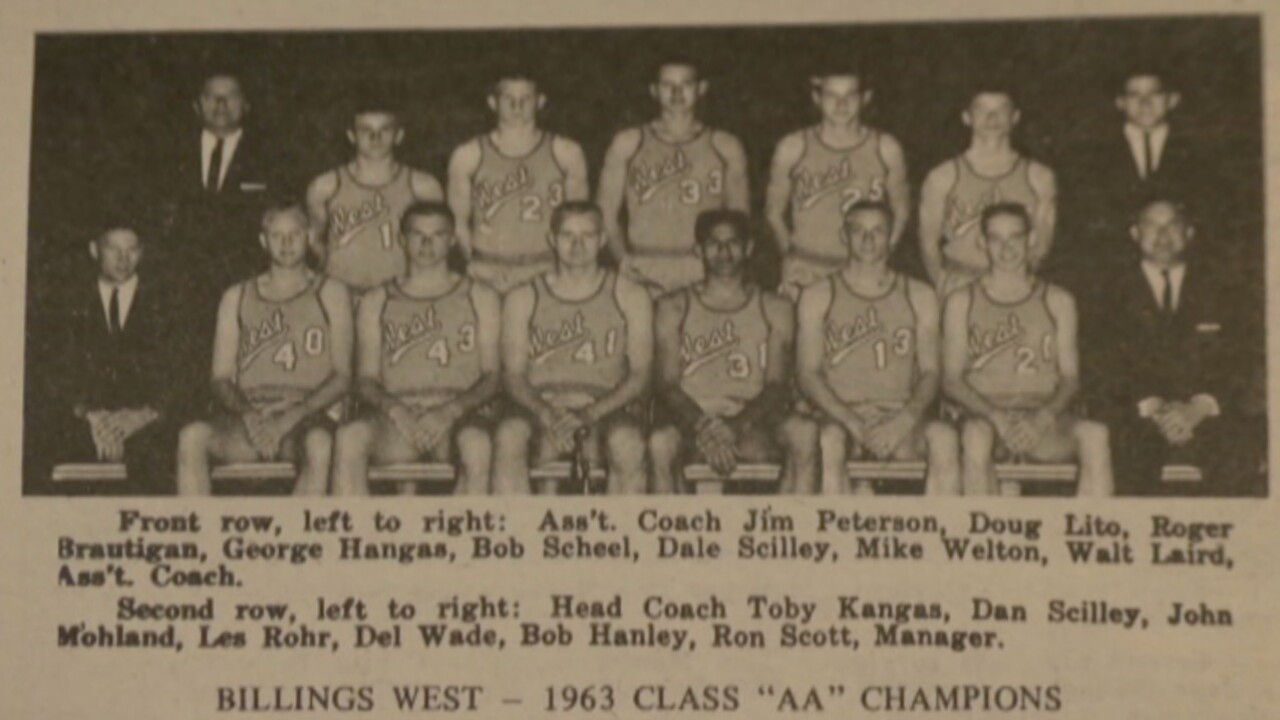 (Editor's note: While we're faced with a sports-less world during the coronavirus pandemic, MTN Sports is going to re-publish the original stories from the #MTTop50, which launched in 2016 to profile some of the great boys basketball players in Montana history. Our intention is not to revise history, so we're not going to change the order in which the players were featured. However, some articles will include updates to reflect the latest developments in a player's career. This story was originally published on July 18, 2016.)

The 1970s were an era of change in Montana high school basketball. There still wasn’t a 3-point line – it was added in the 1980s – but the dunk was legalized. As they game continued to evolve, the Treasure State continued to produce great players, who excelled in both high school and college.

Some of those players continued their careers playing professional basketball, and many joined the coaching ranks. The 1970s produced some of the great basketball minds in Montana’s history. One of those guys – Montana women’s basketball coach Robin Selvig – will be featured when MTN Sports begins its top 20 countdown of the best players in state history, regardless of era.

Here’s a recap of the five players from the 1970s – plus five honorable mentions – recognized in the #MTTop50. The top 20 countdown begins July 25.

Allan Nielsen, Westby – Nielsen helped lead Westby to the 1975 state championship – averaging 32.3 points, 18.7 rebounds and 7 blocks per game at the tournament – and played collegiately at Montana. He died in a construction accident at 22 years old.

Steve Keller, Custer – Keller has his name all over the MHSA record books, and owns the career marks for free throws made and attempted. A longtime coach at various levels in Montana, Keller is entering his ninth season coaching the Montana Western men’s basketball team. (UPDATE: Keller left Western to become the head men's basketball coach at the University of Providence in 2018.)

Les Craft, Bozeman – With the 6-foot-10 Craft in the middle, Bozeman won back-to-back state championships in 1978 and ’79. Craft played his college basketball at Kansas State, where he still ranks sixth in program history for career blocks.

Craig Finberg, Columbia Falls – Finberg was an all-state player at Columbia Falls before a stellar career at Montana State, where he currently ranks seventh in career points and second in career assists. He coached the Dillon boys basketball team for 19 years – winning two state championships and placing second twice – before passing away from pancreatic cancer in 2009.

Blaine Taylor, Missoula Hellgate – An all-state selection and tournament MVP, Taylor held the program scoring record at Hellgate until 2015. After a solid career as Montana’s point guard, Taylor entered the coaching ranks in the 1980s, leading the Grizzlies for seven seasons and Old Dominion for 12. He’s the winningest coach in ODU history, and is now an assistant coach at the University of California, Irvine.

With the 1970s complete, the #MTTop50 moves into the 1960s and beyond. Players like Wayne Estes and Mike Lewis dominated the Montana basketball scene, but there were a number of dominant athletes. Many went on to Division I college basketball careers, and that’s where we start this week’s look at some of the best players from the 1960s, ‘50s and earlier.

Mike Welton helped Billings West to a state championship win as a sophomore in 1963 and eventually played college ball at the University of Arizona.

Welton was a three-time all-state selection at West, first earning those honors with that sophomore season. As a 6-foot guard, Welton averaged 12.6 points per game during the 1962-63 season and helped the Golden Bears rally for a comeback win over Great Falls High in the championship. Welton upped those averages to 16.9 ppg and 24.2 ppg as a junior and senior, scoring 1,423 points in his career. He left West as the program’s all-time leading scorer – and still holds the record – and continued his career at Arizona. He played both baseball and basketball for the Wildcats, appearing in 52 games on the hardwood and averaging 6.2 points per game for his career. Welton earned letters in 1967, ’68 and ’69, even leading the Wildcats in free throw percentage during the 1966-67 season when he averaged 9.2 points per game.

Former Great Falls High star Tom Storm: “He was a sophomore when we played against him, and they ended up beating us in the championship game by three points. We had them beat, and then I fouled out with quite a bit of time left. They came back and got us, but we were way ahead. And he had a lot to do with it. He was a great player. He shot the ball really well and passed it well. He was just a good player. … He just had a good feel for the game, like a change of pace. He was a good shooter, and he could put it on the floor, too. He was just an all-around good offensive player.”