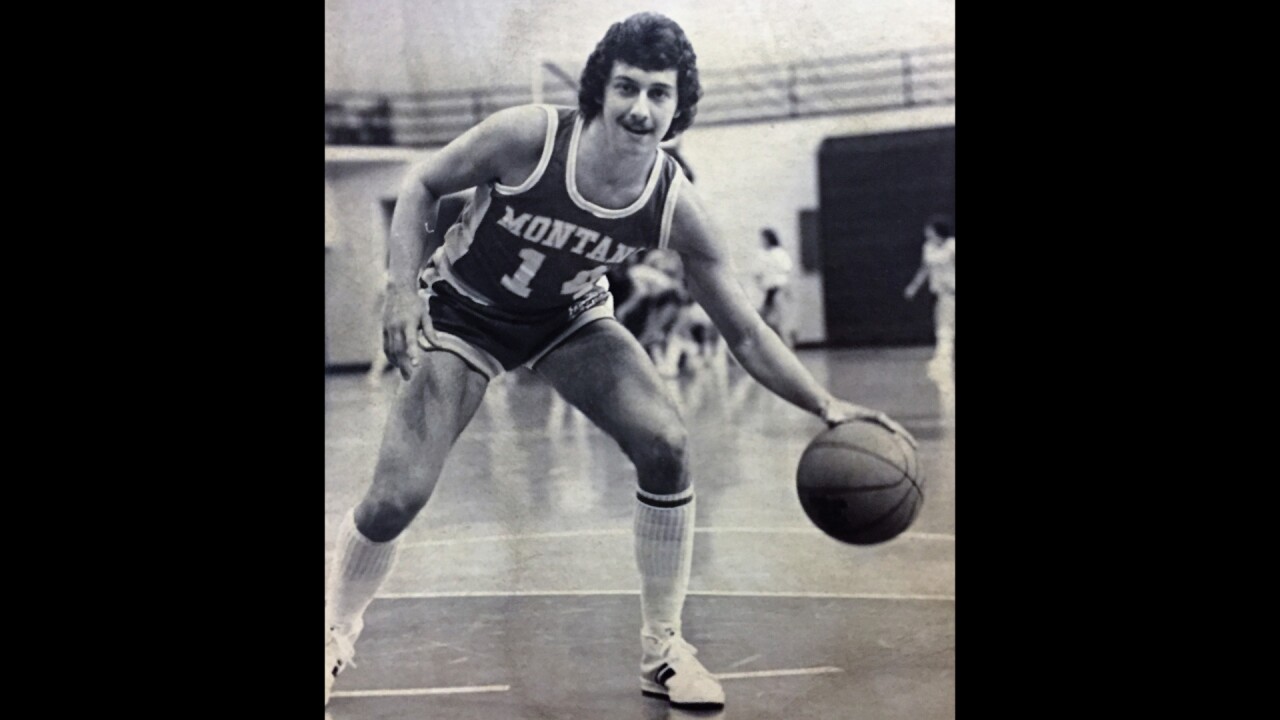 (Editor's note: While we're faced with a sports-less world during the coronavirus pandemic, MTN Sports is going to re-publish the original stories from the #MTTop50, which launched in 2016 to profile some of the great boys basketball players in Montana history. Our intention is not to revise history, so we're not going to change the order in which the players were featured. However, some articles will include updates to reflect the latest developments in a player's career. This story was originally published on July 15, 2016.)

The 1990s might be considered Montana’s golden era of high school boys basketball. The 1980s might have featured some of the most memorable players, teams and games.

But the 1970s might have produced some of the most influential basketball figures in Montana’s history. The players themselves – Allan Nielsen, Steve Keller, Les Craft and Craig Finberg – were hardwood standouts in high school, college and – to a degree – professionally.

Keller and Finberg both followed their playing careers in the coaching profession. Another former standout player-turned-coach, Blaine Taylor, rounds out MTN Sports’ look at some of the best players from the 1970s. The top 20 countdown, profiling the best Montana boys basketball players regardless of ear, begins July 25.

Taylor was an all-state selection his senior year at Missoula Hellgate, scoring 94 points at the Class AA state tournament to earn MVP honors despite the Knights finishing fourth. His 1,216 career points were the most in Hellgate history before Tres Tinkle broke the mark in 2015. Taylor continued his playing career at Montana and led the Grizzlies in assists in the 1978-79, 1979-80 and 1980-81 seasons. He earned the team’s Most Inspirational Player and Allan Nielsen awards as a senior and is fourth all-time in career free throw percentage. After his playing days, Taylor entered the coaching ranks. As a head coach at Montana and Old Dominion, he’s accumulated a career record of 380 wins and 210 losses. He coached the Grizzlies for seven seasons, guiding the team to a 27-4 record in his first season to earn Rookie Coach of the Year honors. UM made two NCAA tournaments under Taylor’s watch before he took over at Old Dominion. His 239 wins with the Monarchs are the most in program history. Taylor, who was relieved of his duties at ODU in 2013, was recently named an assistant coach at the University of California, Irvine.

Montana women’s basketball coach Robin Selvig: “I saw Blaine play a lot and obviously know Blaine well. I coached with him, played against him in some city league stuff. He couldn’t stop me, but he was a pretty good player (laughs). No, Blaine was a flashy player. He was real good – he could pass it, he could score it. He was a complete player as a guard, and he had a good college career, too. … He could score, too, but he was more of a distributor on those teams. Every college team has a different makeup, but he did a little bit of everything. He was an all-around, real good player.

“He’s got a great knowledge of the game, and he’s innovative, too. He’s just got a great basketball mind. He had good success everywhere he coached. You think of Blaine, you think of basketball. That’s what he is, is a player and a coach.”