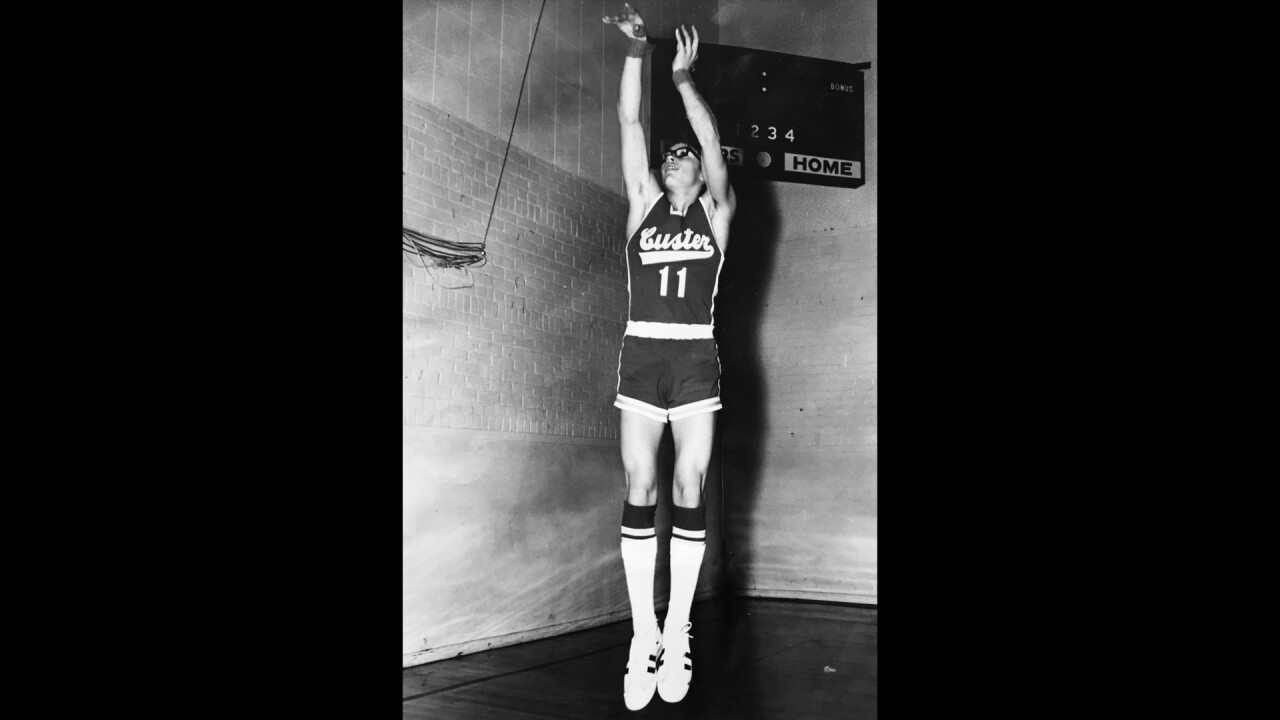 (Editor's note: While we're faced with a sports-less world during the coronavirus pandemic, MTN Sports is going to re-publish the original stories from the #MTTop50, which launched in 2016 to profile some of the great boys basketball players in Montana history. Our intention is not to revise history, so we're not going to change the order in which the players were featured. However, some articles will include updates to reflect the latest developments in a player's career. This story was originally published on July 12, 2016.)

The 3-point line didn’t exist yet in the 1970s, but the decade still proudly claims some great shooters. MTN Sports recognized one of those outstanding scorers and overall players on Monday, featuring Allan Nielsen to kick off the look at the ‘70s.

Nielsen, who sadly passed away in a construction accident at 22 years old, is certainly in the conversation as one of the best players of all-time. The #MTTop50 continues with a Custer native who was one of the top players of his time and has found success coaching at all levels, now with the Montana Western men’s basketball team.

Keller averaged 21.5 points per game during his four-year career at Custer, scoring 2,206 career points, ranking him ninth all-time in the Montana High School Association record books. Keller, who was known for his quickness and toughness, is proudest of his free throw records, owning the career marks for free throws made and attempted in the MHSA record books. He began his long coaching career at Opheim leading both the boys and girls teams, winning three state championships with the girls. Keller then went to Helena High for 19 years – again coaching boys and girls – and won three more titles, and has an all-time high school coaching record of 386 wins and 149 losses. Keller is entering his ninth season at UM Western, averaging 20 wins per year and advancing to the NAIA national tournament in five of the past six seasons. He took over coaching the Montana team in the Midland Roundtable Montana-Wyoming all-star basketball series in 2012 and has a perfect 10-0 record during that time.

(UPDATE: Keller left Western in 2018 to become the head men's basketball coach at the University of Providence, where he's spent the past two seasons. He's still undefeated in the Montana-Wyoming all-star basketball series, as well, coaching the Montana boys to 16 consecutive wins.)

Former Outlook star and current Montana women’s basketball coach Robin Selvig: “I’ve seen Steve play, but he’s not someone I saw a lot. He was really quick. He could penetrate, he could pass. He was a tough little player, and obviously had a great career.

“I don’t think I actually coached against him. Very familiar with him, he was up in our neck of the woods. I think he coached up at Opheim, women’s basketball. He’s had great success where ever he went. He’s obviously got a really good basketball mind, and he’s doing great now at the college level. He’s very much synonymous with basketball in eastern Montana.”