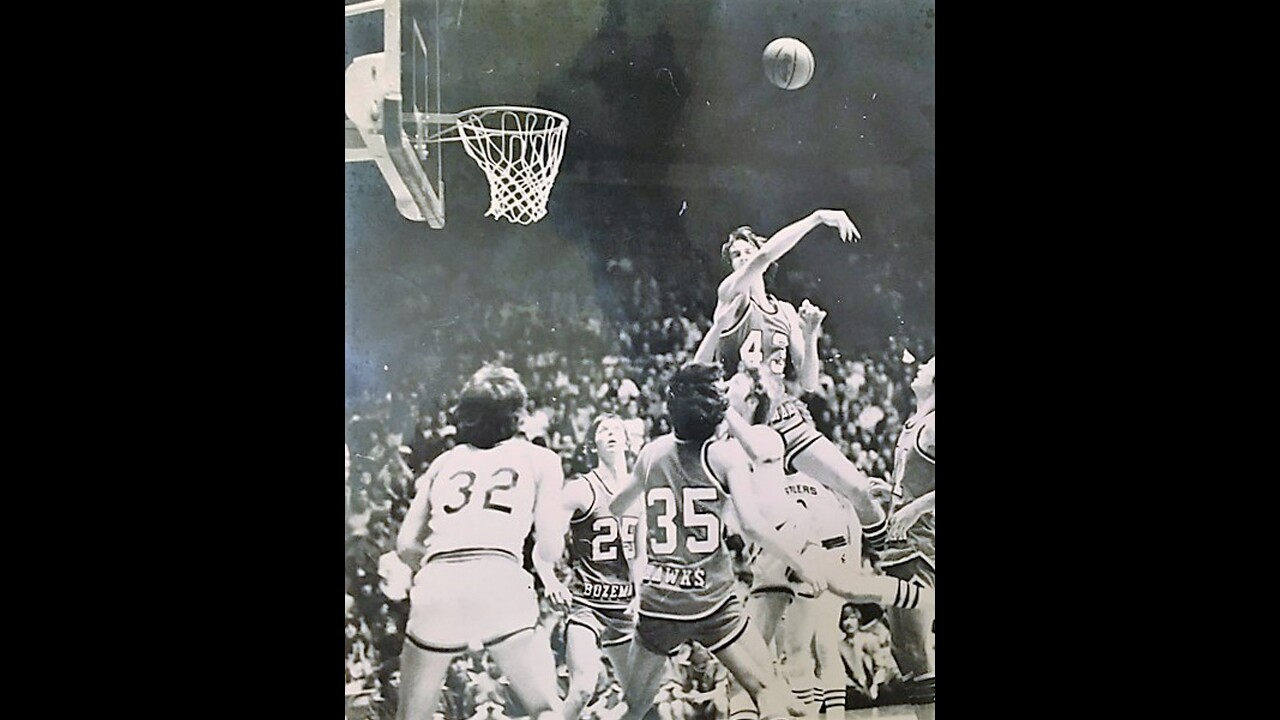 (Editor's note: While we're faced with a sports-less world during the coronavirus pandemic, MTN Sports is going to re-publish the original stories from the #MTTop50, which launched in 2016 to profile some of the great boys basketball players in Montana history. Our intention is not to revise history, so we're not going to change the order in which the players were featured. However, some articles will include updates to reflect the latest developments in a player's career. This story was originally published on July 13, 2016.)

The 1970s were an era of dominant basketball players. The #MTTop50 began the look at some of the best players from the decade with two gritty athletes known for their ability to shoot and score the basketball. Allan Nielsen starred at Westby before playing college basketball at Montana. A construction accident took Nielsen’s life when he was 22 years old.

Steve Keller, who has now enjoyed a long coaching career at both the high school and college levels, got his start at Custer. He still holds a few records in the Montana High School Association record books.

The #MTTop50 now goes inside, featuring Les Craft, one of the most dominant big men ever to play in Montana. Craft could easily be one of the 20 best boys basketball players in Montana’s history, regardless of era. MTN Sports will begin that countdown, which will also take into account high school, college, professional and coaching careers, on July 25.

Craft was a 6-foot-10 center for the Bozeman Hawks in the late 1970s. He helped lead the Hawks to back-to-back state championships in 1978 and ’79, compiling a 45-6 record over those two seasons. Craft had a 12-point, 10-rebound double-double in Bozeman’s 53-48 win over Missoula Sentinel in the 1978 title game. Great Falls CMR slowed the pace in the ’79 championship game, stalling to try to limit Craft’s effectiveness, but he still led the Hawks to a 39-36 win. He continued his career at Kansas State, where he ranks sixth in program history for career blocks. Craft averaged 9.6 points and 5.0 rebounds per game during the 1981-82 season, and upped those marks to 11.7 points and 5.3 rebounds per game in ’82-83, leading the Wildcats in both categories. Though the Cleveland Cavaliers selected him in the third round of the 1983 draft, Craft never played in the NBA. He did play professionally in Europe and was considered one of the best all-around big men in the Continental Basketball Association at one time.

Former Bozeman teammate Mike Pierre: “Les was a fantastic player – didn’t start until junior year near end of the year. Developed that year and was a force in state tournament when we beat Missoula Sentinel. When he was a senior, we only gave up like 34 points per game. We were a huge team and played a lot of man-to-man. If we got beat, Les was there to help. … That state championship we played in Bozeman against CMR was a unique game. We were ahead at halftime by five and they got up in the second half by one and held the ball North Carolina-style. Les had four fouls, and so we sat him on the bench. I think he had 19 points in the first half. They tried to stall and it didn’t work out. We ended up beating them.”

Former Montana State player and coach Mick Durham: “There was no 3-point line back then, but he could step out and hit the 15-footer. He had a nice little jumper. He was very dominant on the boards and he could run. He was just somebody that probably when you saw him as a freshman or sophomore you thought, ‘Oh man, this guy has a ways to go.’ But as big guys do, he just really developed, especially into his senior year, and then he gets a scholarship into a Big 12 school. He could score in a variety of ways, but I would say how agile he was and how he was as a rebounder is what stands out to me. … His dad, Roger Kraft, was the coach at Montana State men’s basketball at one time. So it was a pretty big basketball family. His dad was from that Kansas area. Roger Kraft was the MSU Bobcats’ coach for about five or six years. It must have been in the late 1960s. He coached Jack Gillespie up here and you’ll come across that name (later in the #MTTop50).”