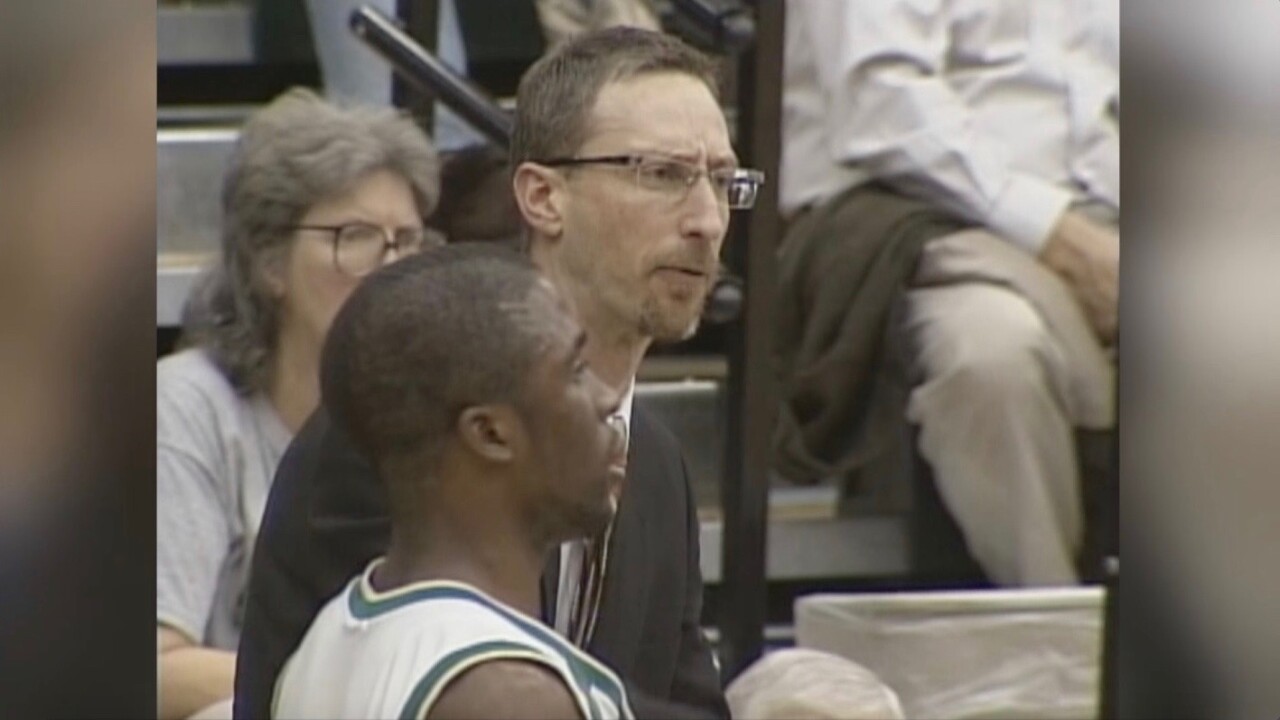 (Editor's note: While we're faced with a sports-less world during the coronavirus pandemic, MTN Sports is going to re-publish the original stories from the #MTTop50, which launched in 2016 to profile some of the great boys basketball players in Montana history. Our intention is not to revise history, so we're not going to change the order in which the players were featured. However, some articles will include updates to reflect the latest developments in a player's career. This story was originally published on July 5, 2016.)

Many of the best boys basketball players in Montana history played during the 1990s. Nearly half of the players on MTN Sports’ list of the top 20 players of all-time, regardless of era, played in the ‘90s. That countdown begins July 25.

Last week, though, MTN recognized five of the best players ever to step on the Montana hardwood in that golden era of the 1990s. Here’s a quick recap of those five, plus an expanded list of honorable mentions to accommodate the depth of the ‘90s.

“We were so blessed in different eras to have such a good group of people,” said longtime coach Owen Burch, who is now at Hamilton. “But the ‘80s, ‘90s, it was just a bunch of people that could flat-play the game.”

Scott Hatler, Great Falls High – A nice high school player, Hatler really made his mark at Montana State. He’s the Bobcats’ career assists leader and is third in 3-pointers made in program history.

Matt Garrison, Billings Senior – The 1992 Gatorade Player of the Year, Garrison had his college career at Montana State derailed by injury. He recovered to have a solid NAIA career before playing professionally both in the United States and overseas.

Mat Seidensticker, Shelby – Seidensticker averaged more than 23 points per game during his high school career, ranking in the top 10 in both career points and rebounds. He continued his career at Montana, playing in 109 games for the Grizzlies.

Kirk Walker, Darby – Walker ranks second on the all-time scoring list in the Montana High School Association record book, and owns two of the 10 highest scoring games in Montana high school history. With the Grizzlies, Walker earned first-team all-conference honors in 1997 when he averaged 10.1 points and 3.8 assists per game.

Moving on from the 1990s, the #MTTop50 turns the page to the 1980s, the decade that bridged the time when Montana high school basketball was at its peak.

We start with a player – and now coach – who has long been recognized by his energy and flare, current Rocky Mountain College men’s basketball coach Bill Dreikosen.

Dreikosen’s greatest attribute on the basketball floor – whether as a coach or player – is the simple fact he’s a winner. As a junior point guard, he helped Hinsdale win the 1988 Class C state championship. Dreikosen came up with multiple clutch plays down the stretch, including drawing an offensive foul and sinking an important free throw, as Hinsdale defeated Geraldine in triple overtime. Dreikosen continued his career at Miles Community College and Rocky Mountain College for two years. He played on the Battlin’ Bears team that reached the 1994 NAIA Division I championship tournament and has been Rocky’s head coach since the 2000-01 season. He was named the NAIA coach of the year in 2009 when the Bears won the national championship.

Former Geraldine standout and Montana Western women’s basketball coach Kevin Engellant: “I haven’t watched any of the (1988 Class C state championship) since that night, so that was – what? – almost 30 years ago. Obviously, it was a tough loss for Geraldine. I remember it was a heck of high school basketball game. I think the big thing that stands out with Bill, he was just a gamer and did whatever was necessary to help his team win. I think he made some big shots and think he made the free throws in one of the overtimes to force, I think, the triple overtime. I think just a real smart player that just seemed like he was always in the right place at the right time. … He’s entertaining as heck to watch on the sideline. Sometimes I find myself watching him more than I do the game, with some of his mannerisms. I think, just like as a player, just very competitive. Just that desire to win and just his enthusiasm, I think, is one thing that really stands out from watching him coach. I think he’s a real positive coach, and obviously gets the most out of his players.”