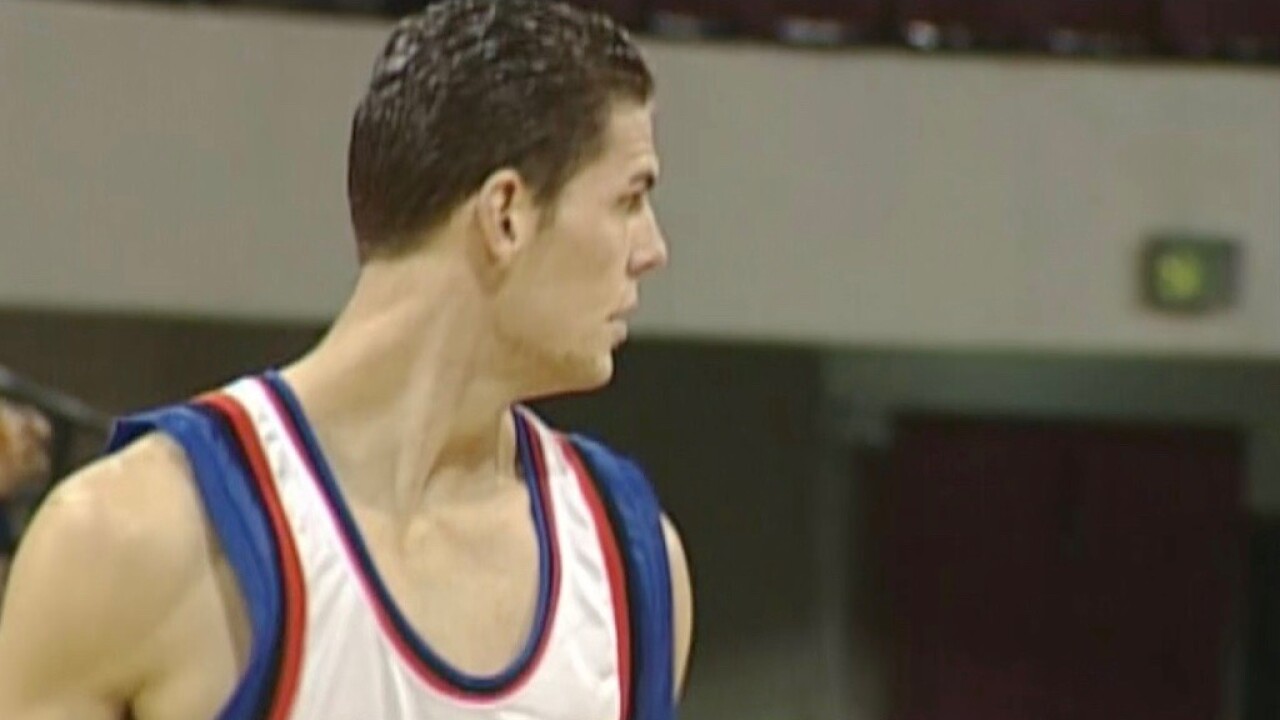 (Editor's note: While we're faced with a sports-less world during the coronavirus pandemic, MTN Sports is going to re-publish the original stories from the #MTTop50, which launched in 2016 to profile some of the great boys basketball players in Montana history. Our intention is not to revise history, so we're not going to change the order in which the players were featured. However, some articles will include updates to reflect the latest developments in a player's career. This story was originally published on June 29, 2016.)

There have already been two Montana State Bobcats on MTN Sports’ list featuring some of the best boys basketball players from the 1990s. Helena High’s Danny Sprinkle and Great Falls High’s Scott Hatler both went on to have standout careers in Bozeman.

Another Bobcat joins the #MTTop50, though his career at MSU was short-lived. Matt Garrison played only two seasons with the Bobcats before an injury altered his career trajectory, sending him to NAIA Biola University.

Garrison was one of Montana’s preeminent big men in the early 1990s, winning the Gatorade Player of the Year award as a senior in 1992. As a 6-foot-8 forward out of Billings Senior, Garrison signed with Montana State. An injury derailed his career with the Bobcats after two seasons, so he transferred to Biola University in California. There, he won Golden State Athletic Conference player of the year for the 1996-97 season when he averaged 15.3 points and 6.9 rebounds per game. Garrison turned into a solid perimeter threat to play professionally both overseas and in the U.S. – getting cut by the Los Angeles Clippers in 2003 – before taking up coaching.

Former Billings Senior coach Pat O’Connor: “Matt was a very talented young man. He was a rather kind of immature young man, he was growing so fast. … He was one of those kids that showed improvement every year. I always told him, ‘Matt, you’ve got to work on your outside shooting. That’s going to be your bread and butter.’ And finally he did, and that’s what got him the (professional) career he had. … Matt just had such a great attitude. He had some good eye-hand coordination from a young age. He was just actually a very good all-around basketball player. He could handle the ball. He was a 6-(foot)-7 kid, and he could handle it, pass it, shoot it and defend. He was just a good all-around basketball player.”