No. 3 Montana turns attention to rival No. 8 Montana State 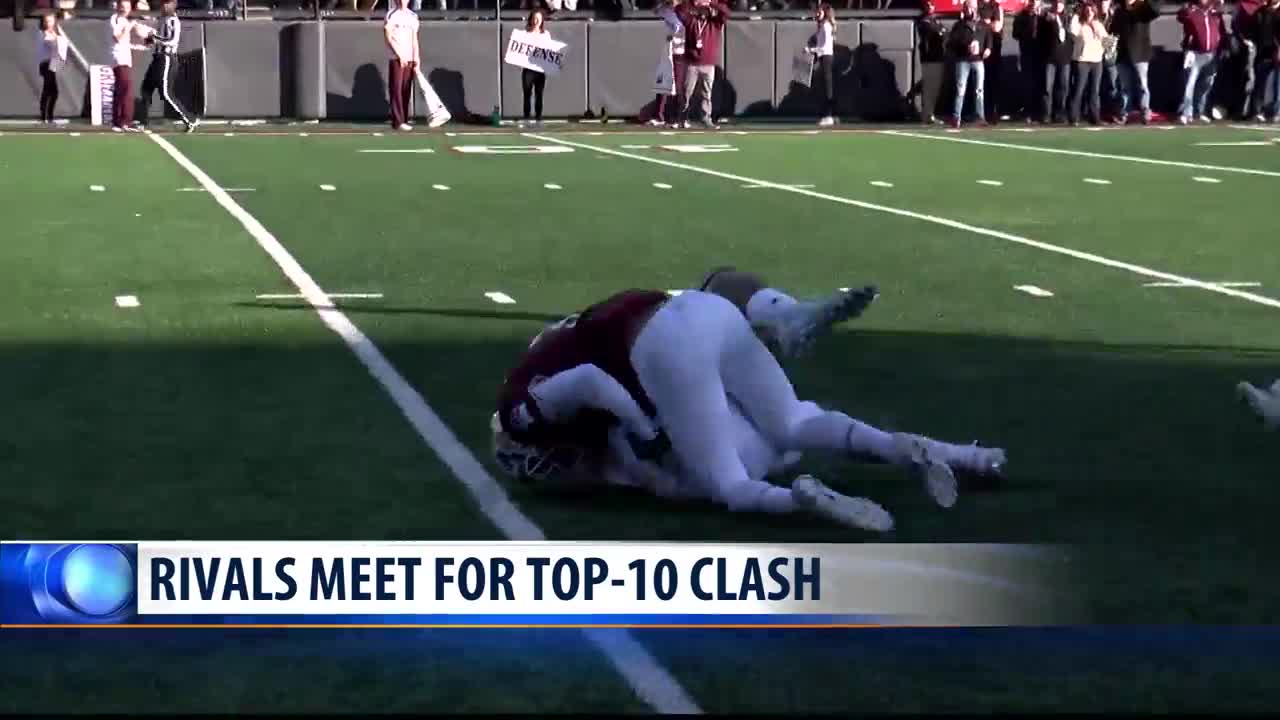 MISSOULA — The biggest week on the Montana sports calendar is here: the 119th edition of the Montana-Montana State rivalry football game.

One of the most historic rivalries in the country, the two schools will clash in Bozeman on Saturday at Bobcat Stadium at noon.

Montana enters having jumped up to No. 3 in the latest STATS FCS polls after thrashing then-No. 3 Weber State 35-16 on Saturday. MSU moved up two spots to No. 8 after topping UC Davis 27-17.

That means the two teams will enter Saturday's contest as top-10 teams for the first time since 2011 when MSU was No. 1 and UM was No. 7. The Grizzlies won that game 36-10 in Bozeman, though it was later vacated due to NCAA infractions.

Montana State has won the past three contests between the schools, but Montana holds a 72-40-5 advantage in the series. And at his Monday press conference, UM coach Bobby Hauck was quick to note the positives and negatives of the rivalry.

"I think about the rivalry game a lot through the year," Hauck said. "I grew up around it, and I think we're really lucky to have a long-standing traditional rival. I think it's just a really cool deal that it's been played as many times as it has. It's just a great game."

He added, "I also think that the animosity and bitterness around it is out of hand. It's to the point where I don't think it's healthy. It certainly isn't any fun. I know people down there (in Bozeman). I've got a lot of friends that are down there. People I've known for 40 years. Their (president Waded Cruzado) is a nice lady, their (athletic director Leon Costello) is a nice guy. I know a lot of those people and I just think it's become a little bit overbearing, frankly. So, it's a big game and we're going to try hard to win it."

The Cat-Griz game normally takes the hype to a different level, but as far as it being a top-10 matchup, Hauck said that isn't something his team is too worried about.

"The difference in opinion on that would probably be as diverse as everyone in the room," Hauck said. "I know personally, and I can speak for these three (Jesse Sims, Dante Olson and Dalton Sneed, who were also at the press conference) we don't really pay any attention to that."

While Sims, a Stevensville native, and many other Grizzlies and Bobcats grew up watching this rivalry as native Montanans, for guys like Olson and Sneed, it was a bit eye-opening seeing just how captivating the annual rivalry game is for sports fans, and more, around the state.

"You don't really understand it until you get here," said Olson, an Oregon native. "Probably the hatred between the two teams, the fans, and it's pretty ruthless and all that kind of stuff, so it's a big rivalry for sure."

"I've been other places and the rivalries aren't as great as this one," added Sneed, an Arizona native. "I know it's a big game and like Dante was saying, everyone in the community is involved and knows how big of a game it is."