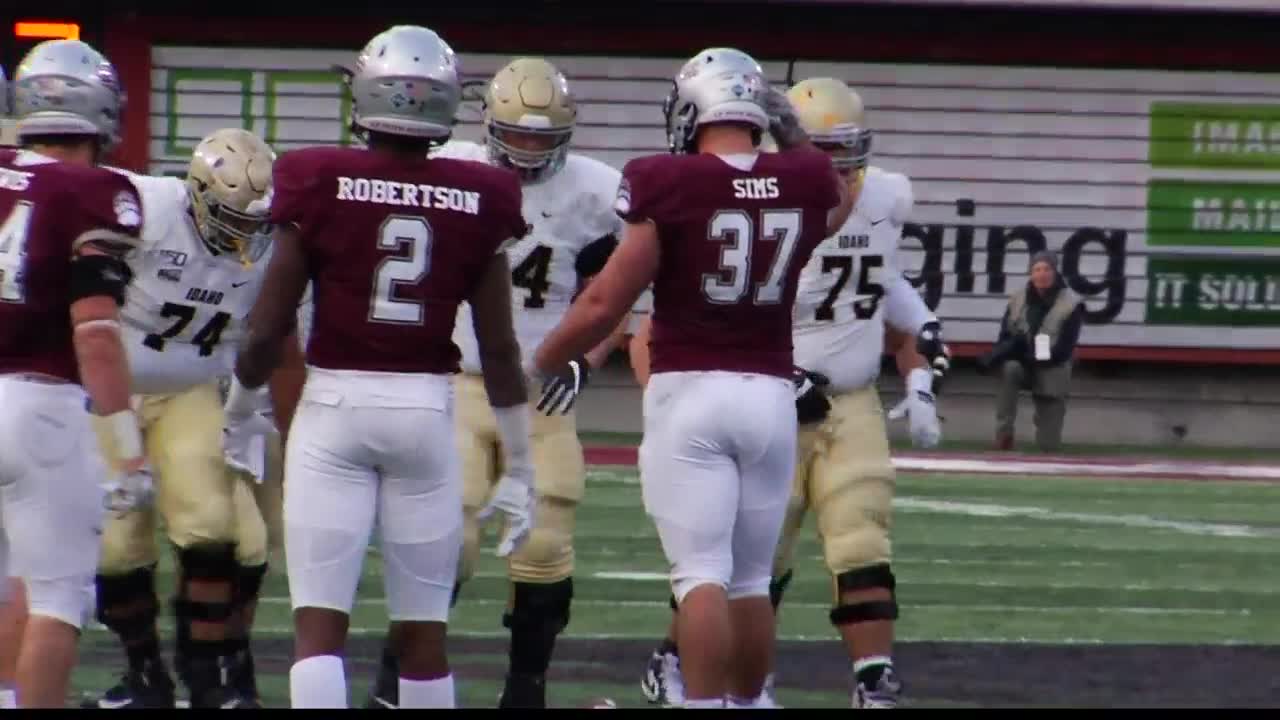 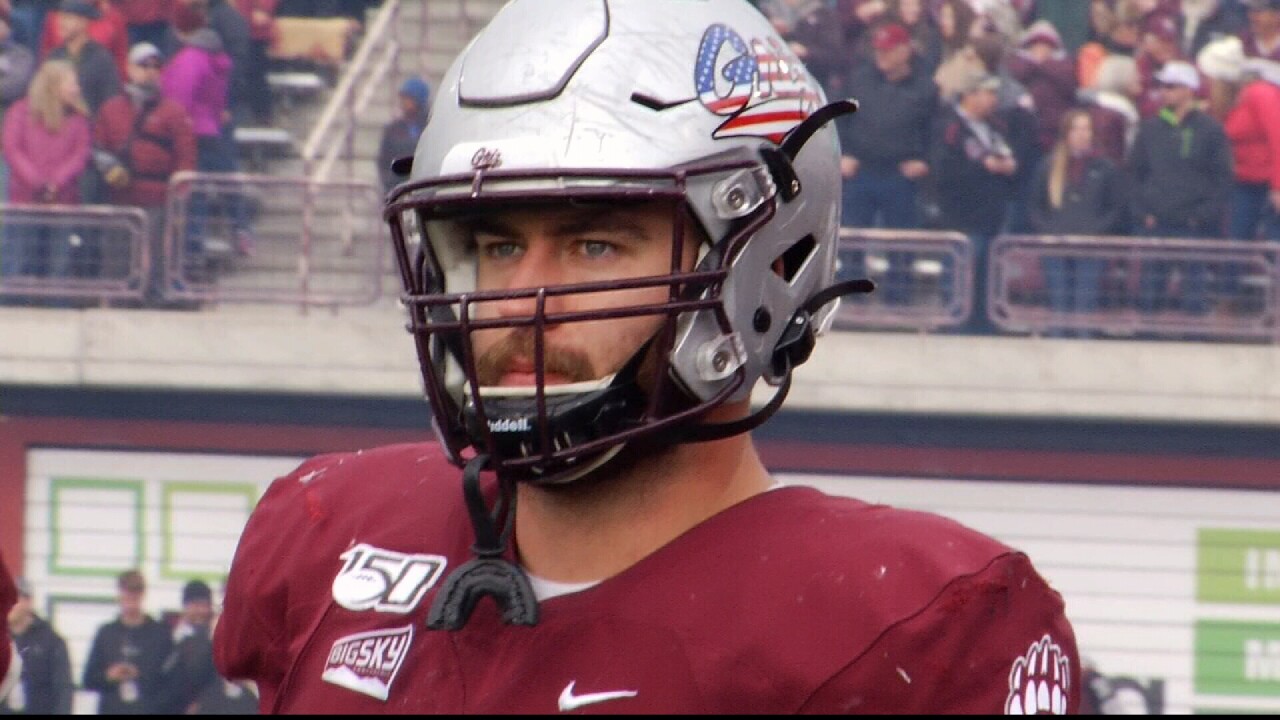 MISSOULA — Montana's No. 37 legacy jersey is one of the most recognizable traditions the Grizzly football program sports.

And for a guy like Jesse Sims, a senior and team captain who grew up right down the road from Missoula in the Bitterroot Valley, it has been a special honor to don the uniform these past two seasons.

"It meant a lot to me. Just very proud to be able to wear it," Sims said. "There's been a lot of great football players and great guys that have worn it in the past so just to be a part of that is very humbling and awesome to be a part of."

And when looking back at the career Sims has carved out, what a journey it has been.

A native of Stevensville, Sims spent his final year-and-a-half at Corvallis High School where he rounded out a standout prep career. Out of the gates, he actually committed to Oregon State for football. But when coaching changes hit the Beavers, he de-committed and chose instead to head 30 miles north and attend UM.

But Sims doesn't spend any time on what-ifs or anything like that. And why would he when he's finishing out a career with the Griz where he has appeared in every game possible since he hit the field in 2016.

"I don't really think about it much. I definitely think everything happens for a reason," Sims said. "I wouldn't trade anything here for any 'could-have-beens' that's for sure.

"I'm just very thankful. Obviously, just being able to stay healthy is a big part of football, and to have a long career I'm very thankful for that. And just the coaches. I know there's been some coaching changes since I've been here and a lot of teammates have come and gone since my redshirt year. So I've just built a lot of relationships and made the whole experience pretty fun."

Those relationships are what stand out most to Sims when he looks back at what he's accomplished in his career.

"He's a great guy to be around. He's fun and his teammates like him," Montana coach Bobby Hauck said. "He's not a guy that's going to talk anything to death, but I think he's a good leader on the football team. And he's finally gotten a chance to play at his natural position and he's really playing well the last few weeks. Really the last month-and-a-half he's taken to it like a duck to water and he's playing well."

On the field, Sims, who stands at 6-foot-4, 280 pounds, redshirted his first season in 2015 out of high school. But he hit the ground running in 2016 and has been a staple on UM's defense ever since. At this point in his career, Sims has racked up 151 total tackles, including 17.5 for loss as well as 7.5 sacks, and has also forced two fumbles. This year, Sims has two sacks to go with 40 tackles, four of which are for loss.

"It meant a lot," Sims said about playing right away. "I try to put a lot of effort into this program and football means a lot to me and this team means a lot to me. So I try to give them everything I can and to be able to get the opportunity to play means a ton to me."

Saturday's game is Senior Day for the UM seniors as it marks their final regular-season game at Washington-Grizzly Stadium. The outcome against Weber State as well as next weekend in the Brawl of the Wild against Montana State will determine the playoffs down the stretch and just how many more home contests the Griz will have.

But Saturday is a big one for No. 5 Montana (8-2 overall, 5-1 Big Sky Conference) as No. 3 Weber State (8-2, 6-0) comes to town in one of the most highly anticipated games at Washington-Grizzly Stadium in the past few years.

"It's a big game," Sims said. "It's a team that we lost to the last time we played down at Weber so it's a big game for us."