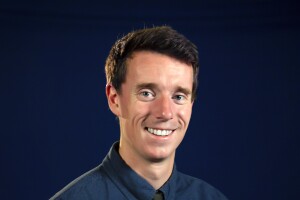 Kyle Hansen joined the MontanaSports.com team in October of 2019 after three years in the newspaper world. A Billings native and 2012 Skyview High grad, Kyle spent one year at MSUB before transferring to the University of Arizona where he studied journalism and political science. While at Arizona, he spent one year as a photographer at the student newspaper, The Daily Wildcat, before spending his senior year as a sports reporter covering Wildcat football and basketball, the latter of which took him to Providence, Rhode Island, during the 2016 NCAA Tournament.

After college, Kyle returned to Montana after accepting a job with his hometown paper,The Billings Gazette. There, he spent just over two years covering high school sports across eastern Montana among other sports Billings and the surrounding areas had to offer.

Then, in October 2018, Kyle left Billings and headed west to join the sports team at the Missoulian where he primarily covered the University of Montana men's basketball team among other things, which included a second NCAA Tournament trip in March of 2019 when the Grizzlies met the Michigan Wolverines (again).

Now with MTN Sports, Kyle's coverage focuses on the University of Montana and sports across western Montana. In his time as a journalist, feature stories about athletes doing cool things outside of the lines are what Kyle has come to appreciate the most, and Montana has plenty of good stories like that just waiting to be told.

In his spare time, Kyle is taking in the beautiful hikes around Missoula with his dog Dakota while also involving himself in Montana's ultimate Frisbee community, a sport he's played since 2012.

Have a story idea or just want to say hi? Email Kyle at Kyle.Hansen@kpax.com or follow him on Twitter at @khansen406.