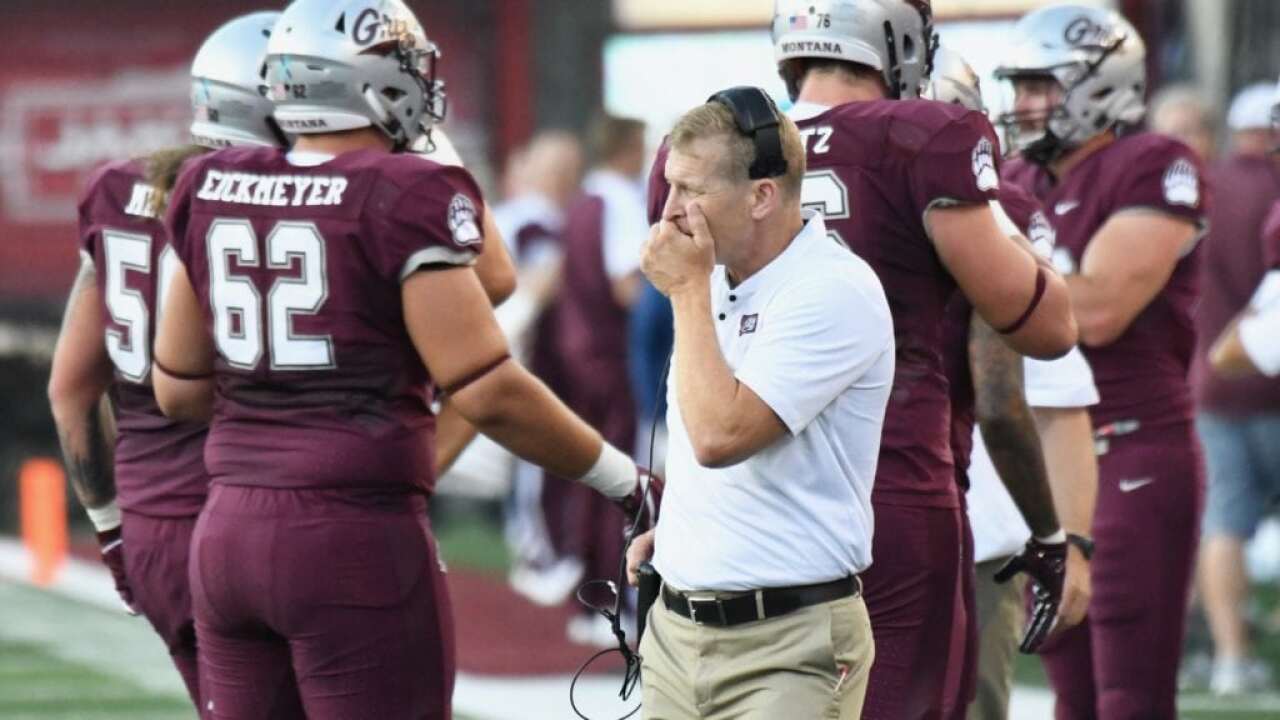 MISSOULA -- The Montana Grizzlies have already had one home non-conference football game canceled in 2020. Now, a second game is up in the air.

UM is scheduled to take on Morehead State at Washington-Grizzly Stadium on Sept. 19, but the Pioneer Football League, which includes the Eagles, announced on Monday that the conference is canceling all non-conference competition.

"The Pioneer Football League’s Presidents Council has determined PFL fall schedules will not include any non-conference competition and, if conducted, a conference-only schedule will not begin before September 26," the conference said in a release. "The Council will vigilantly monitor national developments, ensuring the league’s plans continue to be supported by current medical evidence and guidance. It is the Council’s intent to ensure the health and welfare of student-athletes and the communities in which they live."

Back on July 17, Montana's season opener with NCAA Division II Central Washington was canceled after the Great Northwest Athletic Conference, which is also home to Montana State Billings, announced it was suspending athletics through November.

"While understanding the state of college athletics is in flux, it remains the intention of both institutions to play the non-conference game as scheduled on September 19 in Missoula," the statement continued.

The statement added that UM, the Big Sky Conference, the school presidents and athletic directors "will continue to monitor national developments and proceed in a way that ensures the health and safety of student-athletes and the community at large."

While that game remains in limbo, Montana's non-conference game and season opener remains to be against Missouri State, which is coached by Helena native Bobby Petrino, on Sept. 12. That game is scheduled to take place in Springfield, Missouri.

Here is more information on how the cancellation of Griz football affects UM athletics and the Missoula community.

The Big Sky Conference is expected to make a decision regarding its football season by the end of July. The league announced Friday it was delaying the start of its seasons for Olympic sports.