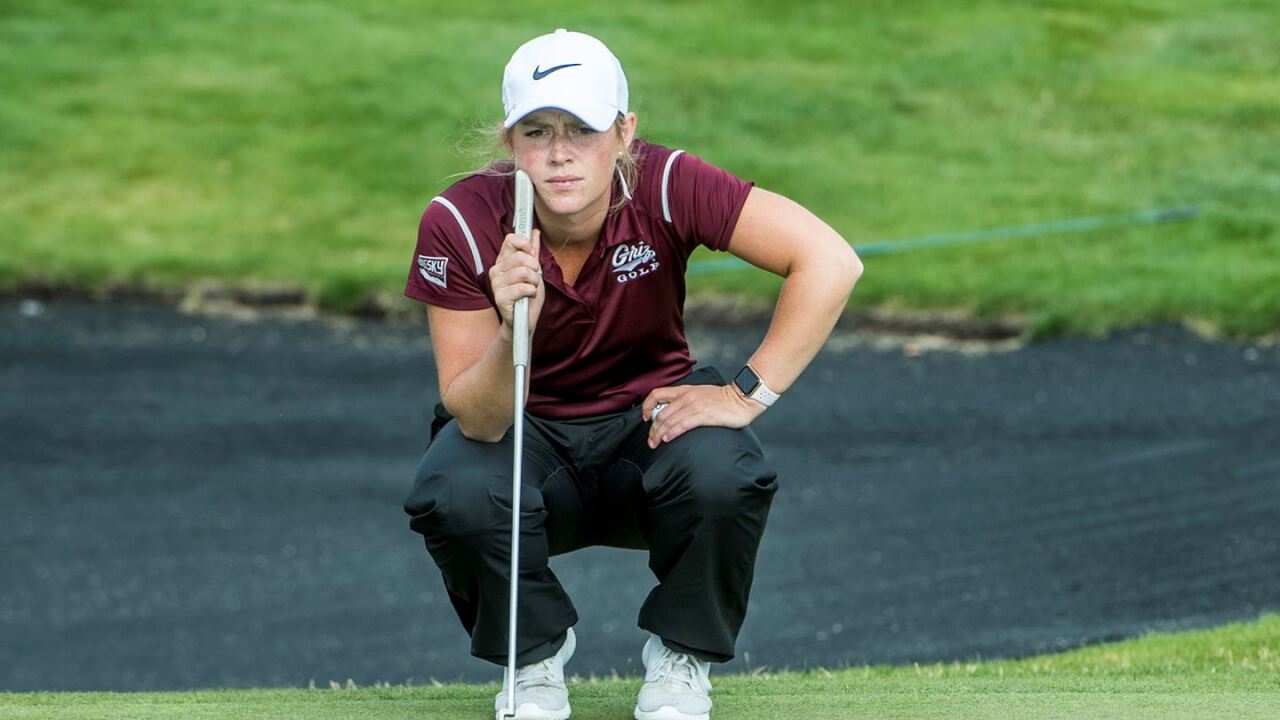 (Editor's note: This is the seventh of eight features highlighting the careers of the 2020 Little Sullivan Award finalists. Links to the other stories can be found at the bottom of this article.)

KALISPELL — Every stellar athlete begins his or her career with a mentor that helps shape their game. For Teigan Avery, that mentor was Jim Schaible.

“I have a long history with Teigan, because I started coaching her as the first person who probably actually coached her at 9 years old,” Schaible recalled. “We were hitting balls in her basement, just doing the basic things that you need to do to have a good golf swing and make sure that we were having fun and trying to hit the ball into the net or whatever, a blanket or whatever they had set up in the Avery's basement, and that's how it all started.”

More than 10 years later, Schaible looks back on those memories and smiles.

Avery became one of the most-decorated golfers in Montana, winning a pair of Class AA individual state championships and finishing runner-up on two occasions at Glacier High School in Kalispell. She’s spent the past four years playing for the Montana Grizzlies’ golf program and competes in amateur tournaments across Montana, recently winning the Barnett Memorial in Missoula.

Yes, Schaible still smiles seeing that success and knowing it stemmed from those practices long ago.

“What I liked about her when she was little, she liked to do it. That was main thing. She enjoyed it, and she practiced even when I wasn't there and she did the things to do to try to get better,” said Schaible. “And even at 9 years old she was striking the ball, and that was impressive. When someone can strike the ball pretty consistently at 9, 10, even then at that age, it was like those Tiger Woods videos you see on TV when he's a little tiny kid. She was not a Tiger Woods, but she was very coordinated. She could put the club on the ball consistently and get a good firm hit.”

Those sessions eventually led to wins, as Avery won numerous junior championships, setting age-group records along the way. By the time she entered high school, she was one of the contenders for Class AA championships.

Avery left little doubt she could compete as a freshman, opening a five-stroke lead at her first state meet in September 2012. But Billings Senior’s Kortney McNeil, one of Avery’s top rivals during her junior and high school careers, stormed back on Day 2 for a two-stroke win.

“That was very disappointing for her to lose that tournament because she and Kortney battled each other when they were younger and they kept battling each other when they got older,” said Schaible, who was an assistant coach that season before taking over the program for the next seven years.

The following year, history nearly repeated itself. Avery ended the opening day tied for first place with Helena Capital’s Coral Schulz, five strokes ahead of McNeil. But the Senior star blazed back on Day 2 to set up another exciting finish.

“At the ninth hole she was in tears because they were even, they were absolutely even after nine holes,” remembered Schaible. “The walk from the ninth hole to the 10th hole is up the hill and quite a good walk, and I just walked with her and I just said, 'You know, you can't show those emotions because that gives Kortney the little edge over you. So you just have to bear down and figure out how to get yourself back into this game. Because Kortney's back there licking her chops.' And that's all I said to her.

“By God, I think she went 1-under or even on the back. She beat Kortney by one stroke on the back, and that was exciting to watch. That was the most exciting time I had watching her in a winning way.”

Avery repeated as the Class AA medalist the next fall, before finishing runner-up her senior season. She’s one of only 34 Montana female golfers to win two or more titles and owns two of the top four individual performances at a state meet, according to the Montana High School Association record books.

Glacier’s girls finished runner-up Avery’s senior season, the first trophy in program history, which led to a celebration all in attendance remember to this day.

“She was the instigator of all the girls to go jump in the pond after that tournament, and that was really cute. I came back and all six girls, they're all drowned rats coming back to the bus,” laughed Schaible.

Avery enjoyed a fine career on the golf course for the Grizzlies, but off the course faced numerous challenges, the kind no individual should have to face.

She overcame an eating disorder, was diagnosed and underwent surgery for thyroid cancer and late last year, lost her father, Jerad, and gave an emotional eulogy at his funeral.

Avery never missed a tournament through it all and continued to increase her volunteer work in the community, earning the honor of Montana’s GoGriz.com 2019 Person of the Year.

“I have no doubt at all (she will be successful in life),” Schaible continued. “It's not just all about golf. She's done a lot of work. She's done a lot of work on herself, and all the challenges she's dealt with, it's given her a lot more empathy, I think, because I think she understands that there's no perfect thing in the world. And even though she'd like to see things to be very organized and very perfect, and she alluded to that in her eulogy because her dad was that way. He wanted everything to be set up perfectly, and that’s something she probably took from her dad.

“But she’s going to be one of those people that’s trying to do something good for society.”