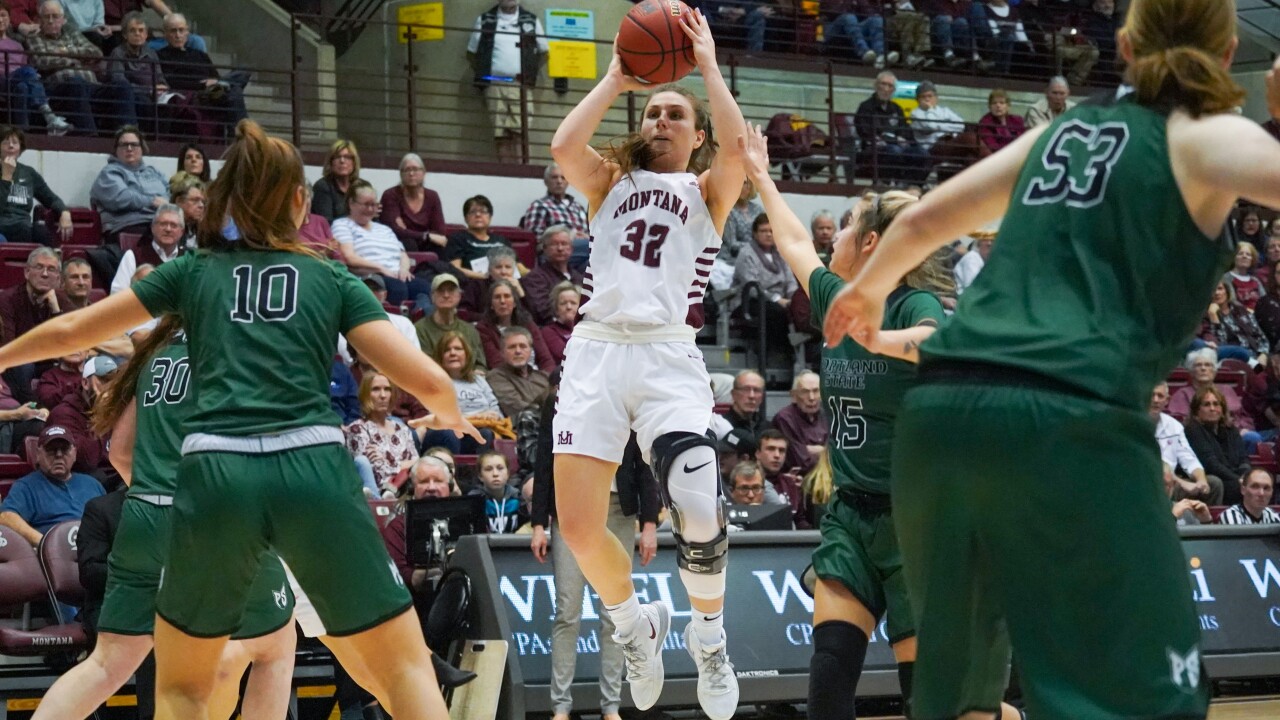 (Editor's note: This is the third of eight features highlighting the careers of the 2020 Little Sullivan Award finalists. Links to the other stories can be found at the bottom of this article.)

SALEM, Ore. — Bill Pilgeram will never forget the first time he saw McKenzie Johnston with a basketball in her hands.

It wasn’t a team camp where she was dribbling circles around other campers, and it wasn’t an organized game where she was swishing jumpers and dishing dimes. Pilgeram’s recollection is much more comical.

“I would say (she was in) first or second grade, I have this memory of her at (Great Falls) CMR, it was after a game and you're just waiting around. … She's shooting half-court shots, just this little half-pint little kid out there, chucking shots from half court,” said Pilgeram, who chuckled and added Johnston didn’t make any of the attempts, though he says she certainly has made plenty since.

A couple short years later, Pilgeram began working with Johnston, whom he called a “gym rat,” from that point on, coaching her from fourth grade through her senior year of high school.

Her dedication to the sport stemmed from watching older sisters, Markki and Jordan, compete at Helena Capital, with Jordan continuing her career at Carroll College. The youngest sibling, Parker, only added fuel to the competitive fire in the household.

“From a competitive standpoint, of course, but just from a family support and a family that loves sports and everything else, they were just always around it,” Pilgeram said of the Johnstons’ love for basketball. “Boy, Mark and Sheri were just very supportive and great sports parents. That's one of those families where they loved it, couldn't get enough of it and just always around something sports.”

Johnston was named the Class AA most valuable player that season.

“My favorite snapshot or memory of her is after the state championship game, her being kind of lifted up by the crowd and her holding the trophy up,” said Pilgeram. “That memory is probably the proudest, neatest moment that I can think of. … When I think of her, I immediately go to that picture, that picture of her holding the trophy up and just that celebration and joy, and knowing that she helped that team achieve the highest level. That was just a very cool moment.”

Johnston became a prized recruit for the University of Montana and was expected to be groomed into a contributing role. But injuries forced her into the lineup her redshirt freshman season, where she played more than 30 minutes per contest and ranked second on the team with 8.3 points per game.

She also led the program with five rebounds per contest from the point guard position.

“She was a lead-by-example girl. There was never a time where anybody else on our team was working harder than she was, that was more motivated, that was spending more time, and there was nobody that wanted to win more than her,” Pilgeram said. “I think the basis for it, it's just that competitiveness, that desire to win and lead by example part was the first thing that I saw.”

“She was a player that just had everything. There wasn't one thing you could stop,” he continued. “I remember in her high school career, sending her even as a point guard to get offensive rebounds because she was such a good rebounder, a knack-for-the-ball kind of girl. She just did every little thing.”

That season paved the way for a historic career for the Lady Griz. As a sophomore, Johnston was named honorable mention all-Big Sky Conference, leading the team in scoring, assists and steals.

Johnston again led UM in scoring and assists her junior season, tying for the team lead in steals and scoring her 1,000th career point. This winter she topped Montana in scoring, assists and field goal percentage, earning first-team Big Sky Conference honors. She was an academic all-conference selection in each of her four years in Missoula.

She finished her Lady Griz career with 1,398 points and 515 assists, ranking seventh and fourth, respectively, in program history. She also became the first four-time winner of the Theresa Rhoads Award, given to the player that best exemplifies Lady Griz basketball.

“Just a perfect, perfect player to coach and a perfect teammate to have,” said Pilgeram. “If you were ever selecting a team, whether it's for ping pong, badminton, basketball, Go Fish, she would just be the first choice that I would choose on a team. Build a team around her.”

That’s a decision he may have made way back when, watching a 6-to-7-year-old Johnston chucking half-court shots.