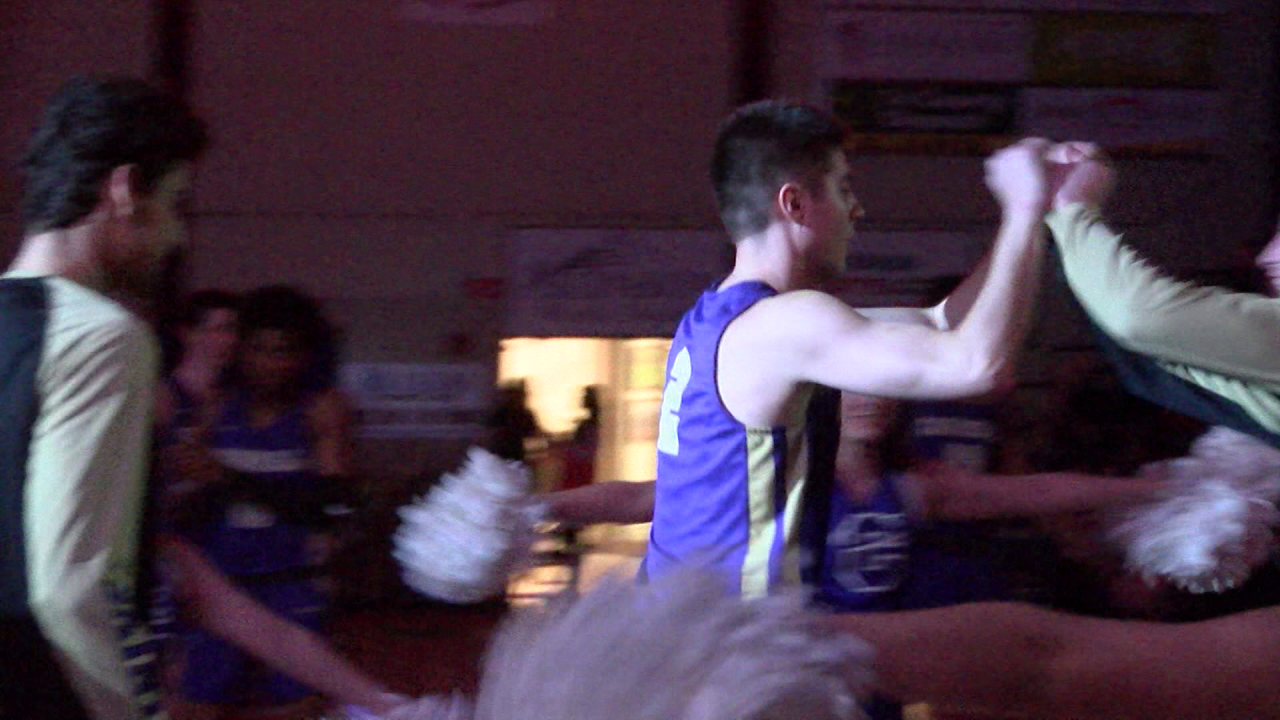 Dane Warp: Candid about cancellations, but excited for the future (Credit: MTN Sports)

(Editor's note: This is the first of eight features highlighting the careers of the 2020 Little Sullivan Award finalists. Links to the other stories can be found at the bottom of this article.)

Warp, who was an all-state quarterback at Havre High School, became the winningest men’s player in Fighting Saints history, having a hand in 110 career victories over the past four years.

“He had a lot of state records for football and basketball and he passed up a lot of high-level football offers to come play at Carroll basketball, which is a great compliment to Carroll, you know, beating out Ivy League schools for Dane Warp,” said Carroll men’s basketball coach Kurt Paulson, who mentored Warp the past two seasons.

Paulson didn’t recruit Warp to Helena — that accomplishment was achieved by former Carroll coach Carson Cunningham and his assistant Carlito Labarda Jr. — but he certainly knew the name. Paulson, a former Carroll guard himself, was the director of basketball operations under Wayne Tinkle at Oregon State, and even states away had heard the lore of the three-star quarterback’s football accomplishments.

According to the Montana High School Association record books, Warp’s 11,324 offensive yards are the most in Treasure State history, as are the 10,801 passing yards. He threw 101 touchdown passes, also a state record, and his 109 total touchdowns are second only to Whitefish’s Luke May (115).

Still, entering his senior season, Warp held no NCAA Division I football offers, despite also maintaining a perfect 4.0 grade-point average. He was featured as a “diamond in the rough” by Bleacher Report but ultimately decided to choose his college with an academic-first mindset, pursuing pre-med.

When Carroll came calling, and with a basketball scholarship no less, it was a no-brainer. Warp had averaged 27 points per game as a senior, helped Havre to the divisional championship and tallied 42 points in two games during the Montana-Wyoming all-star basketball series, earning the selection of Montana’s Mr. Basketball.

“My first impression of him was just how smooth he was on the floor,” said Paulson. “I think if you talk to people around the state that have watched Dane growing up on the basketball floor, he's very smooth and he's one of those guys that puts up 20 and you kind of, you don't even know he did it. It's just that easy. From the free throw line, swishing a 3, getting to the rim, running the floor, he'll get 20, an easy 20.”

Warp joined a Carroll program re-emerging as a Frontier Conference powerhouse and national contender, the type of program Paulson was a part of in the early 2000s under then-coach Gary Turcott.

During Warp’s first year on campus, Carroll advanced to the NAIA quarterfinals with all-Americans Zach Taylor and Ryan Imhoff leading the charge. The Saints' following season saw a run to the round of 16.

Warp was a key contributor on those teams, mostly as a spot-up shooter, but also a solid defender.

“He would get steals, he was a shot blocker for a guard, he's 6-foot-5 and long. He's a guard, but he's a small forward, more or less, and he's long and he could block shots and he could get you steals,” said Paulson. “He got on the floor at ton. He was a tough, hard-nosed kid.”

The highlight came during his junior season, when Warp averaged 11 points per game at the national tournament in Kansas City, helping Carroll to its first national championship appearance in Paulson’s first season as head coach. The Saints fell to top-ranked Georgetown in the finale but became the first Frontier Conference program in a decade to reach the title game (Rocky Mountain College won the national championship in 2009).

The expectations remained lofty for Carroll this winter, with Warp the league’s preseason player of the year. The program earned a No. 3 seed for the national tournament, which was ultimately canceled due to the coronavirus pandemic.

“That's my biggest regret from this spring, this COVID-19 pandemic, is Dane not being able to play his senior year down in Kansas City,” said Paulson. “He'd been there three years in a row, and we had a young group, but he did just an awesome job of leading all these freshmen that we were playing.”

“It would have been cool to see him show the way to our young guys, the freshmen who hadn't been down there yet,” continued Paulson. “And that's my biggest regret from the spring is not seeing Dane go out the way he should have gone out. But that that's a life lesson and he's handled it like a champ. He didn't complain, he just handled it well and he's looking forward to the next chapter.”

Warp leaves Carroll No. 13 on the all-time scoring list, accumulating 1,545 points with an average of 12 points per contest — 18.4 this season. He also averaged nearly five rebounds, four assists, two steals and one block per game this past year.

During his four years, Carroll won 110 games compared to 29 losses. Warp earned Frontier Conference accolades and was one of only 10 NAIA academic all-Americans recognized by the College Sports Information Directors of America (CoSIDA).

The latter was no easy task with a degree in biochemistry/molecular biology, but Paulson, like the dozens of others close to Warp, wasn’t surprised.

“He's going to go to medical school, wants to be an emergency room doctor, keep the blood pumping. He wants some excitement and he'll be a great doctor,” Paulson said. “Shoot, I'll be calling him to donate back to the program here before you know it. I anticipate some great things out of him and know that he'll still be involved (with Carroll) and we'll keep in touch with him and wish him well at the next phase.”

And to think it all stemmed from a surprise choice to play basketball at the college level. Carroll fans can agree it was a great decision.