After bizarre ending, here's an early look at next year's men's basketball team at Montana 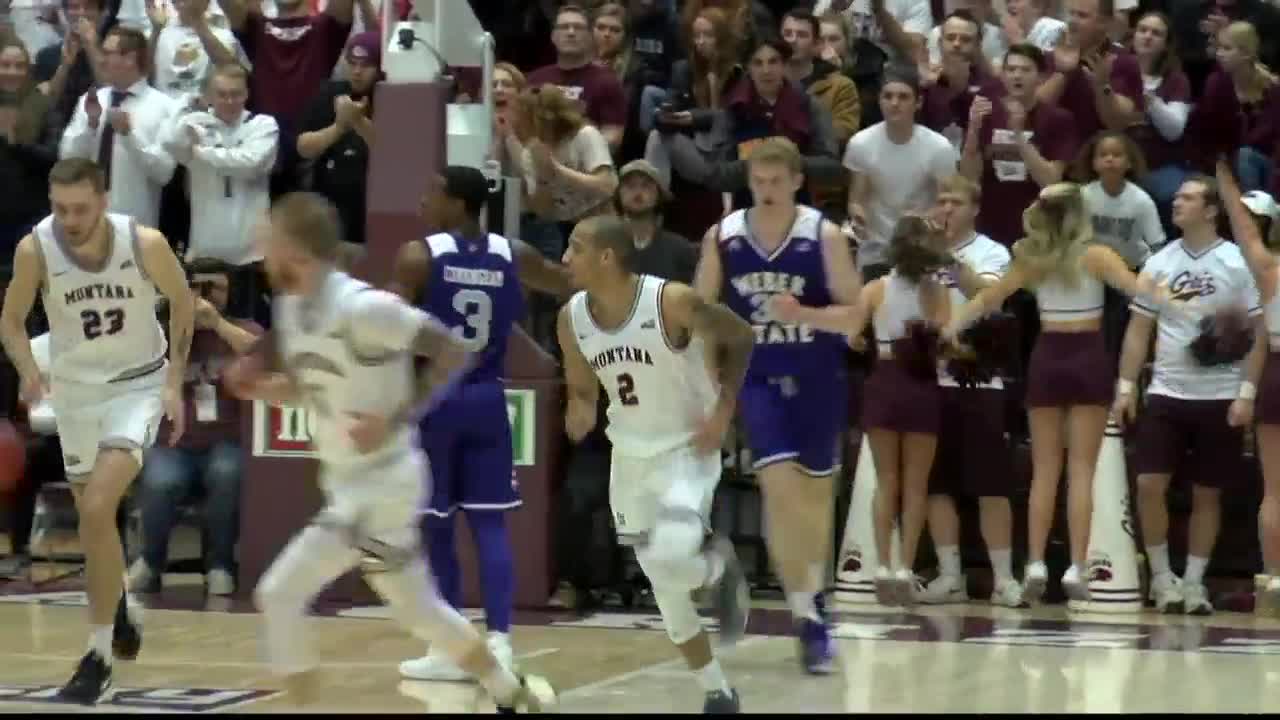 MISSOULA -- The weirdest, and saddest, dynamic among the cancellation of the college basketball tournaments across the United States was the lack of closure for the players, especially the seniors.

Seasons and careers were over in the blink of an eye rather than being decided on the court. For Montana's men's basketball team, it was no different. While last season saw the Grizzlies celebrating on the CenturyLink Arena court after a second straight NCAA Tournament berth, this season, UM never even took the court in Boise, Idaho, before everything was canceled due to the COVID-19 threat sweeping the world.

So Montana's quest to be the first team since Weber State from 1978-80 to win three straight Big Sky Conference tournament titles was ended before it started.

Now a few days removed from the abrupt ending, here is some closure for the Griz men, with a look back at the season that was as well as going forward.

While Montana was the preseason pick by the media to win the conference again, that was a tall expectation for a team that graduated four multi-year starters in Ahmaad Rorie, Michael Oguine, Bobby Moorehead and Jamar Akoh from the previous two NCAA Tournament teams.

Despite that turnover, Montana quickly showed it was capable of living up to those expectations set forth by the preseason polls. After one of the toughest non-conference schedules in the country, the Griz wound up going 14-6 in the Big Sky, and if not for losing three of their last four, they might have won a third straight regular-season title. Instead, the Griz were the No. 3 seed heading into the conference tournament behind EWU and Northern Colorado.

There were signs of youth, but Montana quickly showed it could win close games down the stretch as five of UM's first 10 conference games were decided by four points or less. Montana also showed the ability to bounce back from tough losses, with a four-game winning streak after its first conference defeat of the year to Northern Colorado and a six-game streak after back-to-back losses to Weber State and Portland State.

The Griz swept Montana State again, making it 19 wins over the Bobcats in the last 20 meetings. Montana also swept regular-season champ Eastern Washington but was swept by Northern Colorado, whose head coach, Jeff Linder, just left the Bears after four seasons to become the head man at Wyoming. UM also split with Portland State and Weber State on the year.

Who knew the last time the Griz would take the court this season would be in a home loss to Southern Utah, but that is what happened. Montana finished 18-13 overall.

Pridgett, an Oakland, California, native, goes down as one of the best to don a UM jersey, as he finished his career with 1,679 points, good for fourth all-time in career scoring. He was named a first-team all-conference player for the second straight season, and for a player whose role increased every year on campus, Pridgett finished with a bang as he averaged 19.8 points, 7.2 rebounds and 3.9 assists per game and grabbed 46 total steals, all career highs. He shot the ball at a 51.1 percent clip fro the field.

Manuel, a Billings native, came back to the Treasure State after three years at Oregon State. After getting cleared right away last season to help UM make the NCAA Tournament as a reserve, Manuel became the team's best option from beyond the arc as a starter his senior year. Despite a shooting slump early on, Manuel found his stroke in conference play and earned a second-team all-conference spot. He finished averaging 15.1 points, 3.5 rebounds and 1.9 assists per game with a 36 percent clip from deep.

Samuelson's story was the most unique of them all. Also a Billings native, Samuelson started his career at Montana for two seasons before transferring to Rocky Mountain College for two years. Then this summer he rejoined the Grizzlies as a graduate transfer. Despite dealing with injury early on, Samuelson went on to start 20 games for the Griz this season and averaged 8.1 points and 2.9 rebounds per game. He shot 55.5 percent from the floor and showcased his ability to knock down shots from deep with a 46.3 percent mark from 3-point range.

So with those three having exhausted their eligibility, what's in store next season for Montana?

The team's seasoned vet will be junior Timmy Falls, who has one year remaining with Montana. Falls also dealt with an injury before the season started. After coming off of the bench in the first four games, he started the next 27 and saw his scoring (6.6 points), assists (2.8) and rebounds (2.3) all go up. The team's best defensive player on the perimeter, Falls battled through injuries during the season as well and added another layer of leadership to couple with the seniors.

Sophomore Mack Anderson also made strides in his game. After dealing with fluctuating minutes similar to his freshman season, Anderson found a role in conference play as a reserve post who specialized in rim protection and defense, which ultimately got his minutes to go up. Anderson also gives the Griz a 6-foot-9 scoring threat in the post going forward in a conference that is typically guard-heavy.

Montana's trio of true freshmen in Kyle Owens, Josh Vazquez and Derrick Carter-Hollinger also flashed plenty of potential. The three had a lot of hype coming in and they quickly proved they could play Division I basketball right out of the gates. Carter-Hollinger was ultimately tabbed as the conference freshman of the year after starting in 17 games, including the final 10. He averaged 6.7 points and 4.9 rebounds per game and showcased he could score inside or knock down 3-pointers, as well. Vazquez also showed a nice shot from deep as well as his ability to create for teammates, while Owens, like Carter-Hollinger, also could score in multiple ways and could step out as a forward and knock down deep looks, as well.

Redshirt freshman Eddy Egun also dealt with up-and-down minutes in his first year on the court but made his mark defensively and would often show his athletic ability to get to the rim.

The Griz will also get an added boost from transfers Michael Steadman and Naseem Gaskin, both of whom sat out this season. The 6-10 Steadman transferred from San Jose State where he averaged 13.2 points and 8.5 rebounds in 2018-19. Steadman has one year of eligibility remaining, and the Griz coaching staff wanted to give him a year to work out in UM's systems before playing in 2020-21.

Gaskin joined the Griz from Utah where he redshirted his first year. After being unable to get a waiver to play right away this season, he will have three seasons left to play college basketball. He has yet to step on a court in a real game since his senior year of high school in 2017-18, but the athletic Gaskin's 3-point shot and ability to create for others are his biggest strengths.

Both have looked the part in practice and their additions make Montana an early favorite in the Big Sky next year, and Steadman could very well be an early candidate for conference player of the year.

Montana brings in California duo Brandon Whitney and Robby Beasley III as well as Australians Josh Bannan and Hunter Clarke as the four incoming freshmen. Plus, the Griz added mid-year transfer Darius Henderson from UMass Lowell back in January, who will be eligible to play after the fall semester completes and will have one-and-a-half years left to play. With his addition and forward Yagizhan Selcuk leaving the program back on March 6, the Griz are now at their full capacity of 13 scholarships, barring anyone else leaving. Walk-ons Peter Jones, Freddy Brown III and Jett Briceno round out UM's roster.

So while young again with a new group of players, Montana brings back a lot of on-court experience that puts the Griz right back in the mix in 2020-21.

The 2019-20 season is over, regardless of how bizarre the ending was. Next season begins now.