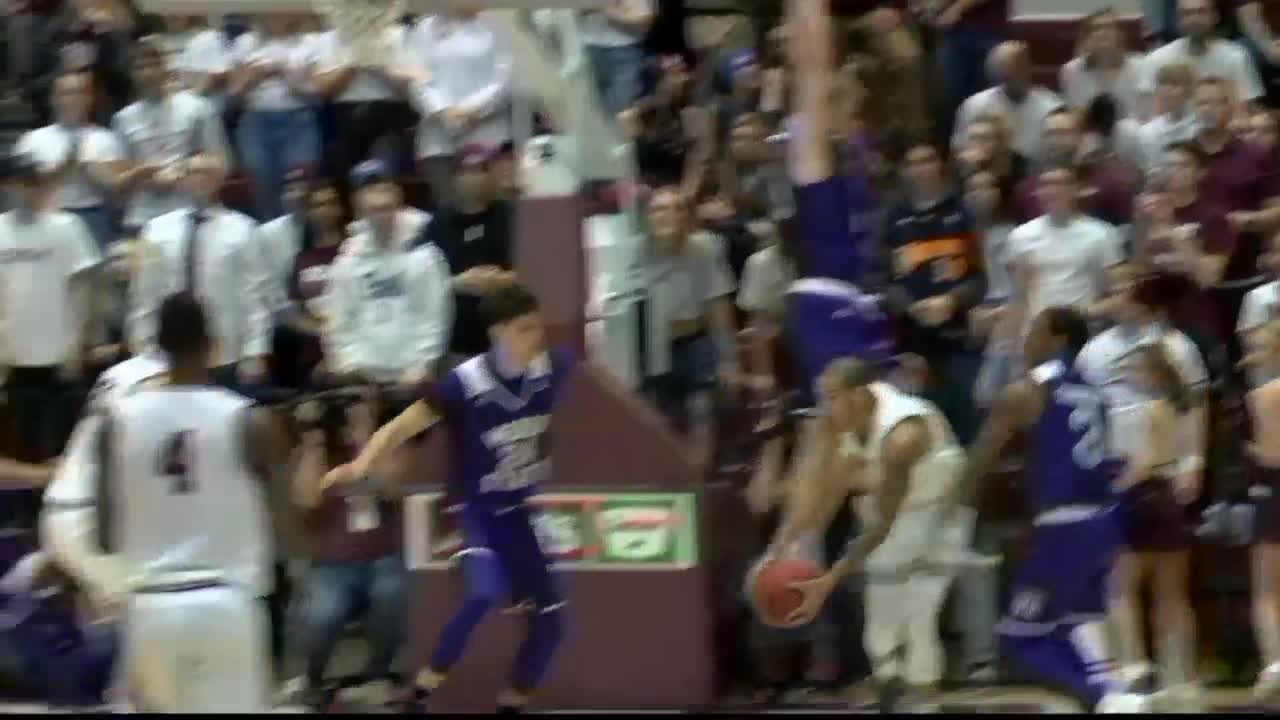 MISSOULA -- Josh Vazquez stole the ball at half court from Weber State and flipped the ball to Kendal Manuel.

Manuel took one dribble and dunked it one-handed over Judah Jordan, igniting Dahlberg Arena in the process as the senior gave Montana a 14-point lead.

But along with the momentum swing, the basket meant a lot more as it marked the 1,000th career point for the Billings native. He finished Thursday's game against the Wildcats with 21 points as Montana blew out Weber State 72-37 for its fourth straight Big Sky Conference men's basketball victory.

According to UM sports information, the 37 points are the lowest point total Montana has allowed in a Big Sky game since 1976 when it allowed 25 to Idaho State.

For Manuel, who scored 323 points at Oregon State prior to UM, the moment was a big one.

"It's special, especially knowing the rivalry between Montana and Weber State and all of the history," Manuel said. "It being my 1,000th point is something I'll never forget and I'm very grateful to be here."

Manuel is up to 686 points now in his two seasons at Montana. Fellow senior Sayeed Pridgett led Montana with 25 points while junior Timmy Falls added 10 as Montana jumped out quickly and never let up. Defensively the Grizzlies were sharp as they forced 21 turnovers against the Wildcats, who were without preseason conference MVP Jerrick Harding due to injury.

"Playing on both sides of the ball has been an issue for us, and it's important to find that balance if we're going to continue to win here down the stretch," Montana coach Travis DeCuire said.

Montana led 38-21 at halftime and continued its dominance well into the second half. Pridgett gave Montana its first 20-point lead with 16:40 to go in the game, and then Josh Vazquez added a dunk of his own to make it 59-29 with 8:46 to play.

Redshirt freshman Eddy Egun came in in the final eight minutes of the game and added seven points to give UM some life and keep its lead intact when the starters were given the rest of the evening off. Egun even tried posterizing a Weber State defender that just missed, but sent the bench into a frenzy.

"I should've put it in the rim," Egun said with a big grin. "I just dunked it hard, should've went in, knocked down two free throws and I'm just glad we scored after that."

Egun, who has seen his minutes fluctuate throughout the year, is usually one of the loudest supporters on the bench for his teammates. While he was in the game, the starters returned the favor.

"We actually were yelling at him, 'Dunk it, dunk it,'" Manuel said with a laugh. "He gave it a try and it almost went in. We were all happy for him. He got to the free throw line and I told him, 'Hey man, you missed the dunk, so you got to make these at least.'"