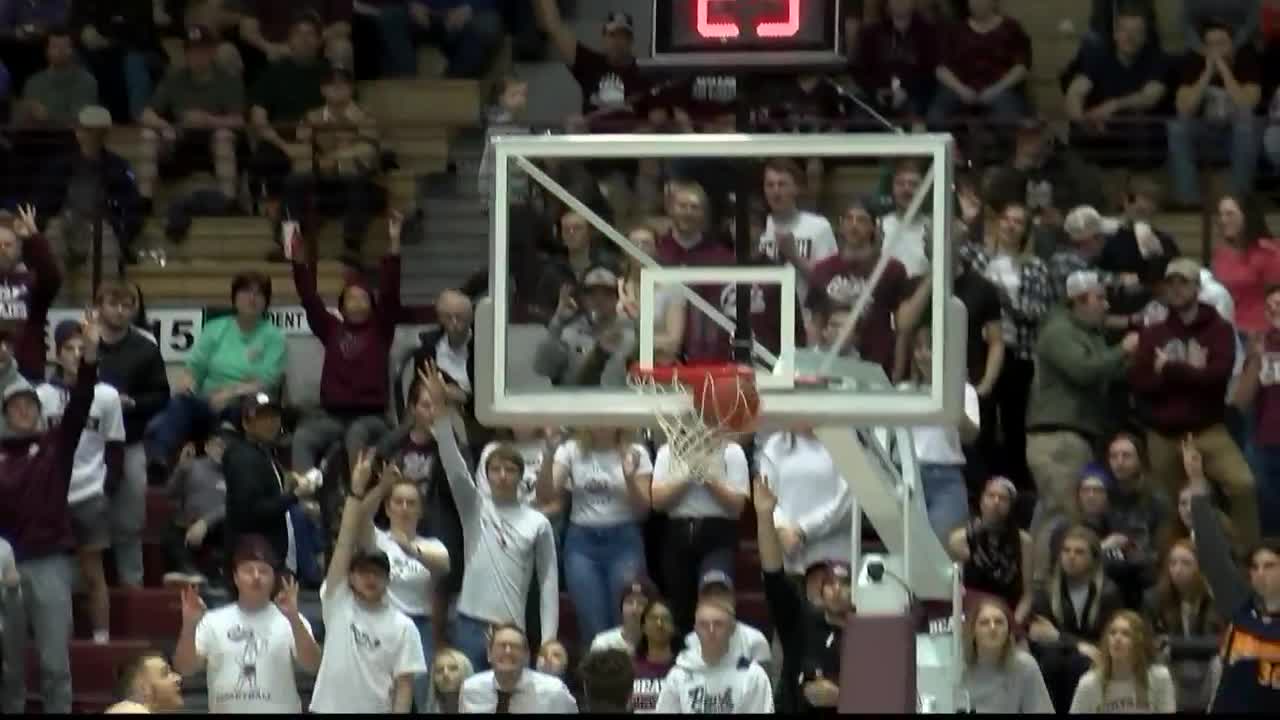 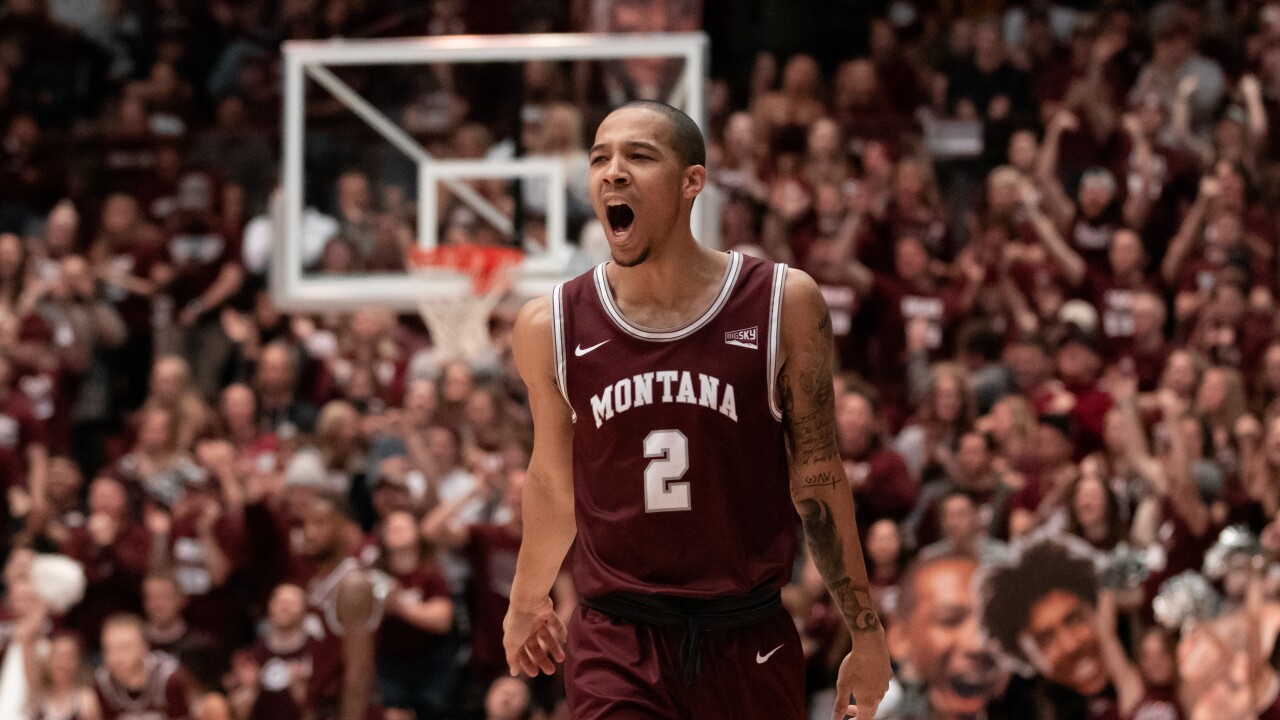 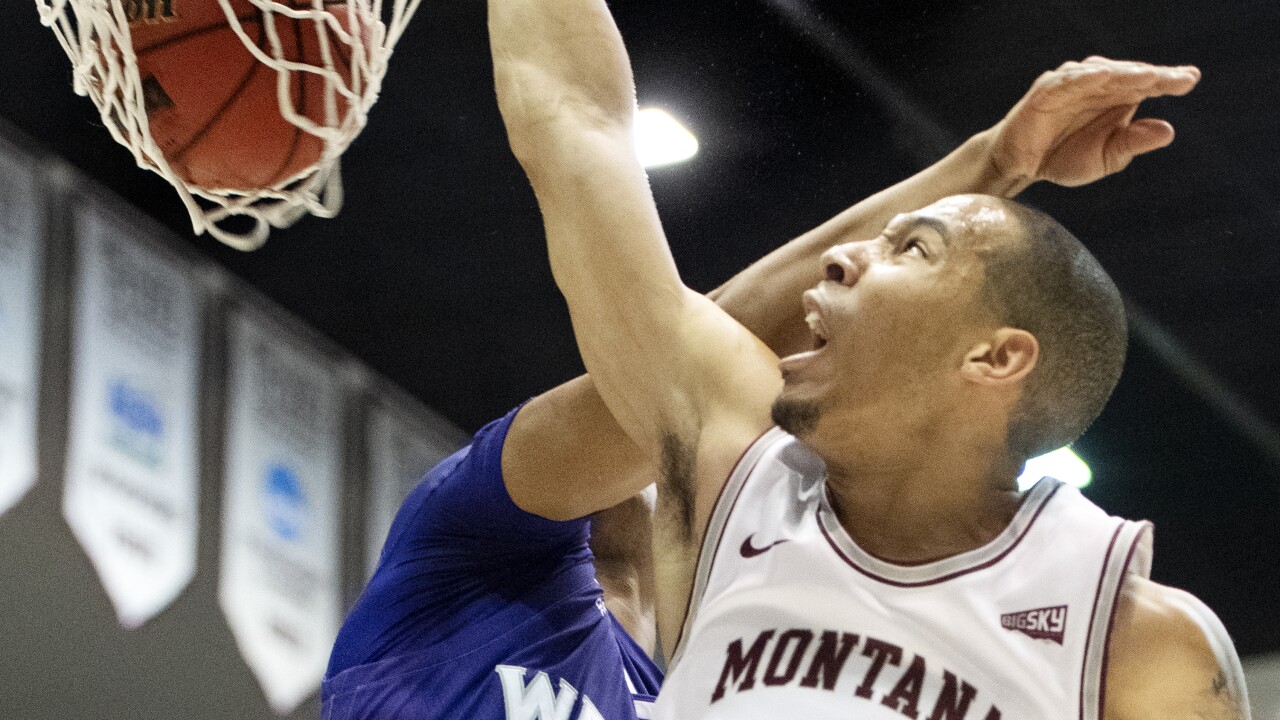 MISSOULA -- Kendal Manuel will be the first to tell you he plays the game of basketball with a chip on his shoulder.

The Billings native plays with an edge to his game in which, after all of the accolades and accomplishments he's achieved to this point, he still aims to prove detractors wrong.

"That's all I think about is, 'Hey, I have to prove to this guy now, and this guy now,'" Manuel said before Montana's men's basketball practice on Tuesday. "It's just been an ongoing cycle throughout college, and I don't think it's ever going to stop and I think I'm always going to feel like I have to prove something to someone, even when I'm starting to work.

After a bumpy start to his senior season of college basketball, Manuel is once again proving any doubters wrong as he's helped guide Montana to the top spot in the Big Sky Conference standings with just four games remaining in the regular season.

His path to this point has been a long one with twists and turns nearly everywhere he's gone. Born in Billings, Manuel moved to Africa as a child for a few years before stops in Maine, Florida and New Orleans. He eventually resettled back in Billings, where from a young age he dazzled fans on the basketball court when he played for Skyview High School. As is the case with most Montana high school standouts, the spotlight was on Manuel from a young age, which can be hard for young teenagers as they continue to grow up while being placed underneath a microscope and are forced to mature faster than their peers.

"At first it was kind of overwhelming because you're a 14-,15,-16-year-old kid and you have all of this spotlight and attention and you have to carry yourself differently than your friends might have to," Manuel said. "Being able to take all of that in and just going into different situations and approaching them differently than your friends might have to sucks sometimes, but at the same time it helps you grow and mature as a young man."

But those early life experiences, whether it be moving or seeing different situations than most other people his age have, are other areas Manuel said have built his growth over time.

Then as a senior in 2015, he guided the Falcons to their first boys basketball state championship in school history.

After high school, he opted to commit to playing basketball at Oregon State for Wayne Tinkle and alongside Tres Tinkle, who is one of his best friends. But right from the start, Manuel dealt with challenges as he broke his leg before the season even started and he was forced to redshirt.

But after two seasons in which he appeared in 61 games for the Beavers, Manuel was looking for a change. So he returned to the Treasure State and joined the Grizzlies ahead of the 2018-19 season and became eligible just two days before the season began after a waiver went through, another obstacle he was forced to get past.

"That was my plan the whole time, to stay in one spot and have a great four years, then go and figure out life after that," Manuel said. "It didn't pan out like that, but I'm also grateful that it didn't because I found myself in a great situation here in Montana, and having the support of the whole state has been nice."

He was typically the first or second player off the bench for Montana as the Griz made their second consecutive run to the NCAA Tournament last year. But even though he came off of the bench, Manuel averaged then-career-highs in points per game (8.7), field goal percentage (44.4 percent), 3-point percentage (42.2 percent) and free throw percentage (85.7 percent) while averaging just less than 20 minutes per game.

Not bad contributions for a player who was a new face on an otherwise veteran team that brought back almost everyone from the 2017-18 NCAA Tournament run. Plus, playing back in his home state where family could watch him play more meant a lot to Manuel.

"My biggest thing has been to improvise, adapt and overcome everything that’s thrown at you and I’ve been able to do that," Manuel said. "Last year it was a situation where I came in and they had their team pretty much set from the year before when they won it, so I had to kind of just adapt myself into that and overcome any challenges that were thrown at me.

"Then this year we have a young team and Sayeed (Pridgett) and I and Jared (Samuelson), we’ve had to do a good job with our leadership and everything to make sure this team gets to the place that we wanted to be.”

And so far the Griz have done just that. Montana is 13-3 in Big Sky Conference play and sitting in first place with four regular-season games to go. Manuel, Pridett, Samuelson and junior Timmy Falls have been the vets on an otherwise young roster that saw a lot more turnaround than the year prior.

Manuel is averaging 15.5 points, 3.6 rebounds and 1.9 assists per game this year. But it didn't come without some bumps. During non-conference play, his shooting numbers were down, as he completed only 25.3 percent of his attempts from 3-point range and shot just 35.3 percent from the field in the first 11 games.

But in league play things turned around for the senior and the steps were incrementally there. Despite a poor shooting performance against Sacramento State in the second Big Sky game of the year, Manuel, the team's best free throw shooter, drew a foul with 2.5 seconds left in the game and knocked down the game-winning free throws against the Hornets.

After that the shooting performances, especially from deep, began to noticeably find more consistency and rhythm for Manuel. A few weeks after Sac State, he scored a career-high 30 points in a loss at Northern Colorado, but single-handedly kept Montana in the game late as he shot 13 for 16 from the field and 3 for 3 from 3-point land.

All in all, in Montana's 16 conference games, Manuel's shooting numbers leaped to a 49 percent mark from the field and a 44.8 percent rate from deep. Against Weber State on Feb. 13, Manuel scored his 1,000th career point on an emphatic dunk as the Griz blew out the Wildcats.

That transition has been a massive boost to UM's offense and is a big reason it currently sits in first place in the conference. UM head coach Travis DeCuire said a lot of that dramatic shifting in Manuel's performance has been his willingness to accept his role and not force things on offense with tough shots.

But there's one trait about Manuel that has stood out to DeCuire.

"I think he plays this game with a lot of pride," DeCuire said. "He wears the maroon and silver with a sense of pride that’s contagious. I think it’s important for young guys to identify how important this is to the guys that were here before them and teach them what they’re playing for. And I think he’s been incredible for us in that regard.

"Him accepting that evolution was important for us because it forced everyone else's hand to do the same thing. I think he plays for the name that's on the front of that jersey and that's important in this program."

Manuel has also become an avid reader in college, saying he focuses on books that define different styles of leadership as well as other books on real estate. Some of that knowledge he credits to the leadership he's used on the court as he continues to grow.

"I'm super proud of him," Tres Tinkle said of his good friend. "It was hard to see him leave (OSU), but he's had a great year-and-a-half so far and I talk to him almost every single day. Whenever one of us are having troubles I know we can talk to each other. We have each other's back and it was great having him here, but I'm happy to see him doing his thing at the University of Montana."

Manuel's college days are beginning to wind down, and as far as unfinished goals, he said he wants an NCAA Tournament win, should Montana get back to March Madness for a third straight year. That business will be decided in a few weeks in Boise at the conference tournament.

But just playing the game he loves has been the biggest blessing for his life he says, and it is bittersweet that it's coming to an end.

"When I was young, moving from different countries and states, the one constant in my life has been basketball," Manuel said. "Having that love for the game and it being able to carry me to different places and giving me the sense of belonging no matter where I've been has been nice.

“It’s crazy to think about because I feel like my whole career throughout basketball, I’ve kind of been a guy that’s overlooked and an underdog type of situation, and to be able to make and accomplish those different things, being able to go to a Power 5 school, come here and go to the NCAA Tournament and all those different things out of Montana, too, it’s just something that doesn’t happen very often, so it’s definitely something that I’ll never forget, and I’m glad that my basketball career has been able to pan out this way.”