Lisa Tinkle the 'glue' and 'rock' behind family success 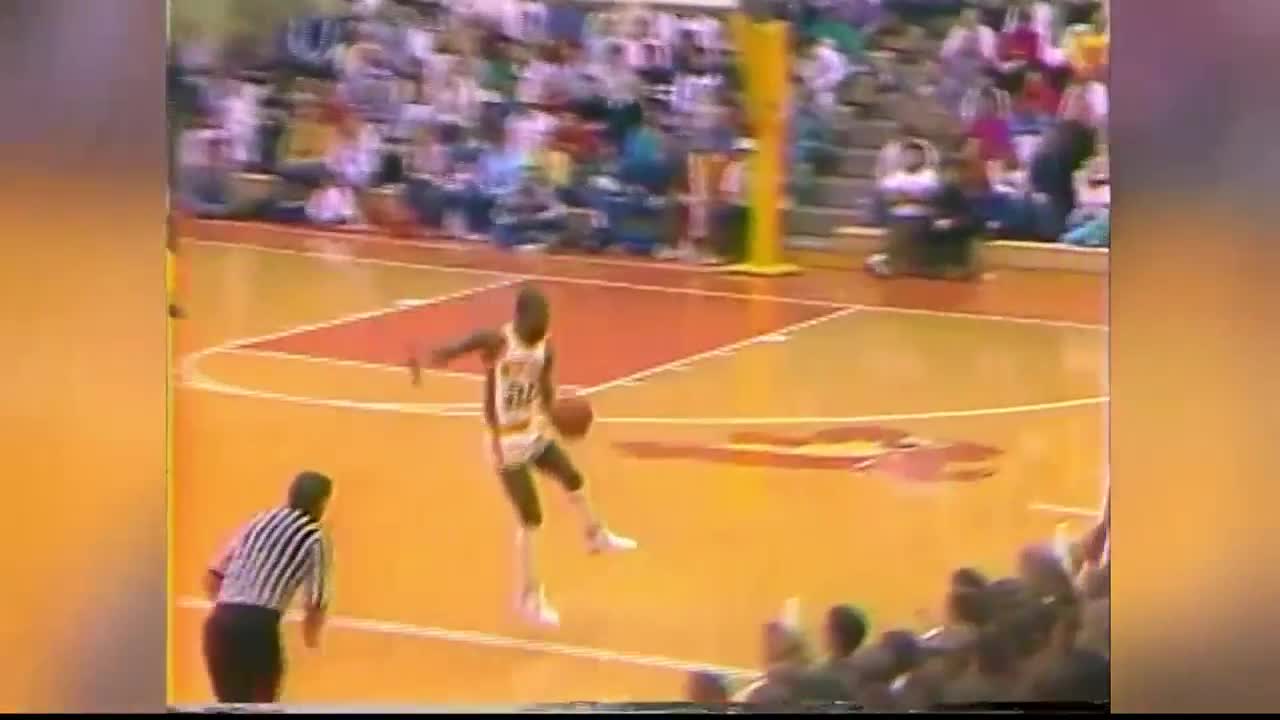 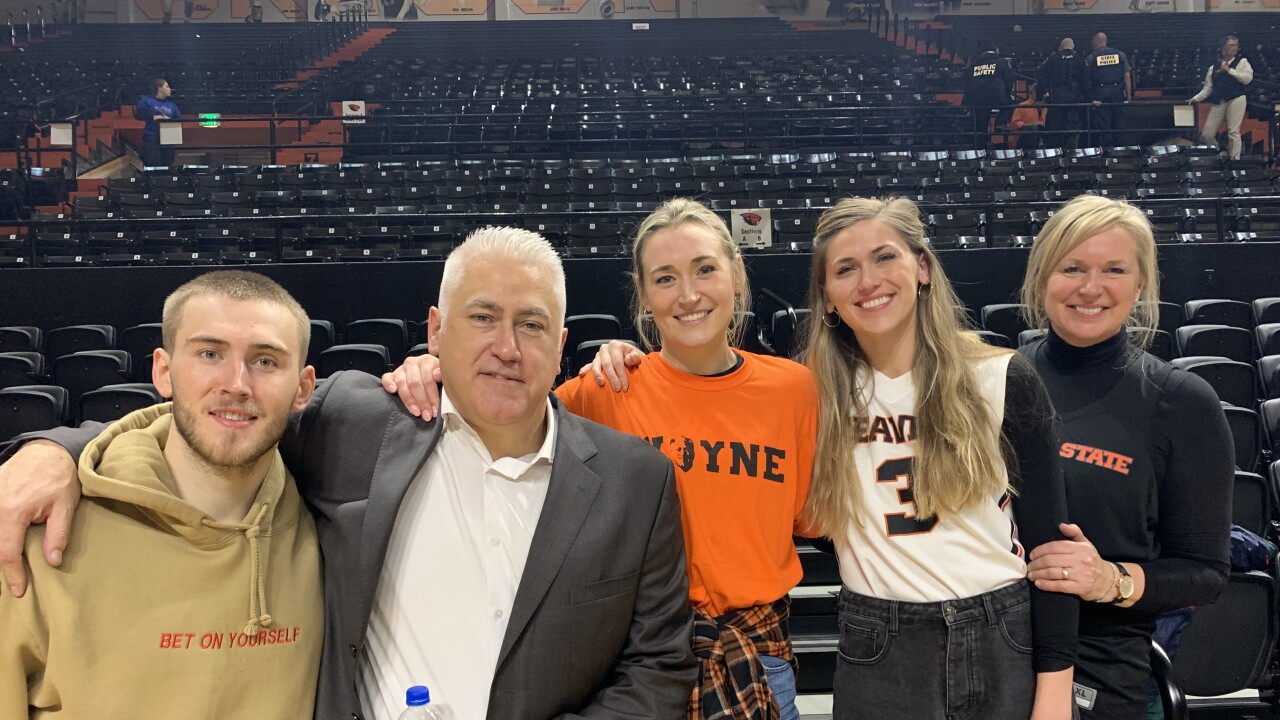 CORVALLIS, Ore. -- Over the years, Wayne Tinkle has carved out a successful college basketball coaching career at Montana and Oregon State.

His children -- Joslyn, Elle and Tres -- have also found success and fame after embarking on fruitful high school and college basketball careers of their own. In the case of Joslyn, that has also come professionally overseas.

But in a basketball family where change is the norm and ultimately inevitable, there is one constant variable who has stood by through it all over the years.

Her name is Lisa Tinkle.

The matriarch of one of Montana's most famous basketball families, Tinkle, originally Lisa McLeod, is an unsung hero whose work and support behind the scenes often goes unnoticed by those outside of the family, but those within are well aware.

“She’s just been amazing and she’s stood by through it all and has really been our strength as a family," said Wayne Tinkle, Lisa's husband and Oregon State's men's basketball coach. "You asked me how to credit why our kids are the way they are, obviously she’s the staple. She’s been the one that’s been there through it all. My playing days, I was away from them for a lot of times. My coaching days, I was away and missed a lot of things. She’s the one constant and has to have all the credit for what our kids have been able to do as people and as athletes, too.”

Born in Glendive, Lisa Tinkle grew up in Great Falls and graduated from CMR in 1985 and went on to star at Montana with the Lady Griz under legendary head coach Robin Selvig. McLeod left the program as UM's all-time leading scorer and currently ranks fourth with 1,470 points. She also is third all-time in blocked shots (237) and sixth in rebounds (830). She helped lead the Lady Griz to three NCAA Tournament appearances in her four years before graduating in 1989. She was inducted into UM's athletic hall of fame in 2011.

“Missoula was a wonderful place to be involved in a women’s sport," Lisa Tinkle said. "They supported the program and we traveled all over the country to bigger programs than ours and they just wouldn’t get the support. That will always be my memory and playing in front of the sellout crowds and playing for a coach (like) Robin Selvig, and we had some pretty good years.”

Sitting at the family home in Corvallis, Oregon, Tinkle explained that she and Wayne became engaged when both were seniors at Montana. The two were then married, and Wayne began a 12-year career playing professionally overseas. Lisa followed and the two began their family life.

Not a normal lifestyle, but 30 years later, the couple found a way to make it work throughout the challenges.

“When we were first married, Wayne was trying out for teams, and within a year, we found out we were going to have a baby and so we went overseas right away," Lisa said. "So Jos was born in Sweden. He wanted to continue his dream of playing basketball so we just followed it, and I’m glad we did because the connections that he made and networking just kind of evolved into him going into coaching. It’s not an easy gig, but it’s been well worth it.”

Eventually, the Tinkle family made its way back to Missoula when Wayne became an assistant men's basketball coach in 2001. Then, he got the head coaching gig in 2006 and spent eight seasons leading the Grizzlies.

While the children grew up in the Garden City, Lisa, meanwhile, worked as a paraeducator at Hellgate High School, a job she held for 12 years.

“Missoula was a wonderful place to raise a family -- a lot to do, the school systems they have, and we still have wonderful friends still back home, but I look back at it with fondness," Lisa said.

"Basketball was kind of our ticket to go through the community and we've been awarded a lot of opportunities, have had wonderful experiences, got to travel overseas for 12 years," she continued. "Kids were able to go to school. They ended up earning scholarships and paying for their school. So I'm proud of them for taking that ticket and running with it."

Joslyn and Elle went on to Stanford and Gonzaga, respectively, for college, and eventually Wayne was hired to become the head coach at Oregon State in 2014. But in that first year of transition, Lisa and Tres stayed behind in Missoula for the latter's senior year at Hellgate, while Wayne headed to Corvallis to begin his new job.

It was then that mother and son became even closer, as Lisa made the trek between Corvallis and Missoula regularly to see her husband while also being there for her son's games.

“I get emotional just talking about her, just what she’s done for our family, for me and my sisters," Tres said. "I think back to my senior year when my dad was out here and her driving to every single one of my home games at Hellgate just because she didn’t want me to be alone. Got a brand-new car, I think she put 60,000 miles on it in two-and-a-half, three months. She’s done so much for our family and for my sisters and I. She’s the most genuine, loving, caring person I know.”

"Her life in the last 10 to 15 years, from being that soccer and basketball mom, she coached the girls in YMCA ball in Missoula, trying to see all three of them when they were on different teams, and then to help support me when I was coaching, it's just incredible," Wayne added. "She's got more road miles than anything."

He then said with a laugh, "And then the emotional roller-coaster she's had to go through dealing with the four of us, the highs and lows, you'd think she'd be ready for the loony bin. She's always there for whatever you need."

Tres called Lisa the "glue." Wayne said she's the "rock." But regardless of what term they use or the changes brought their way, her impact remains the same.